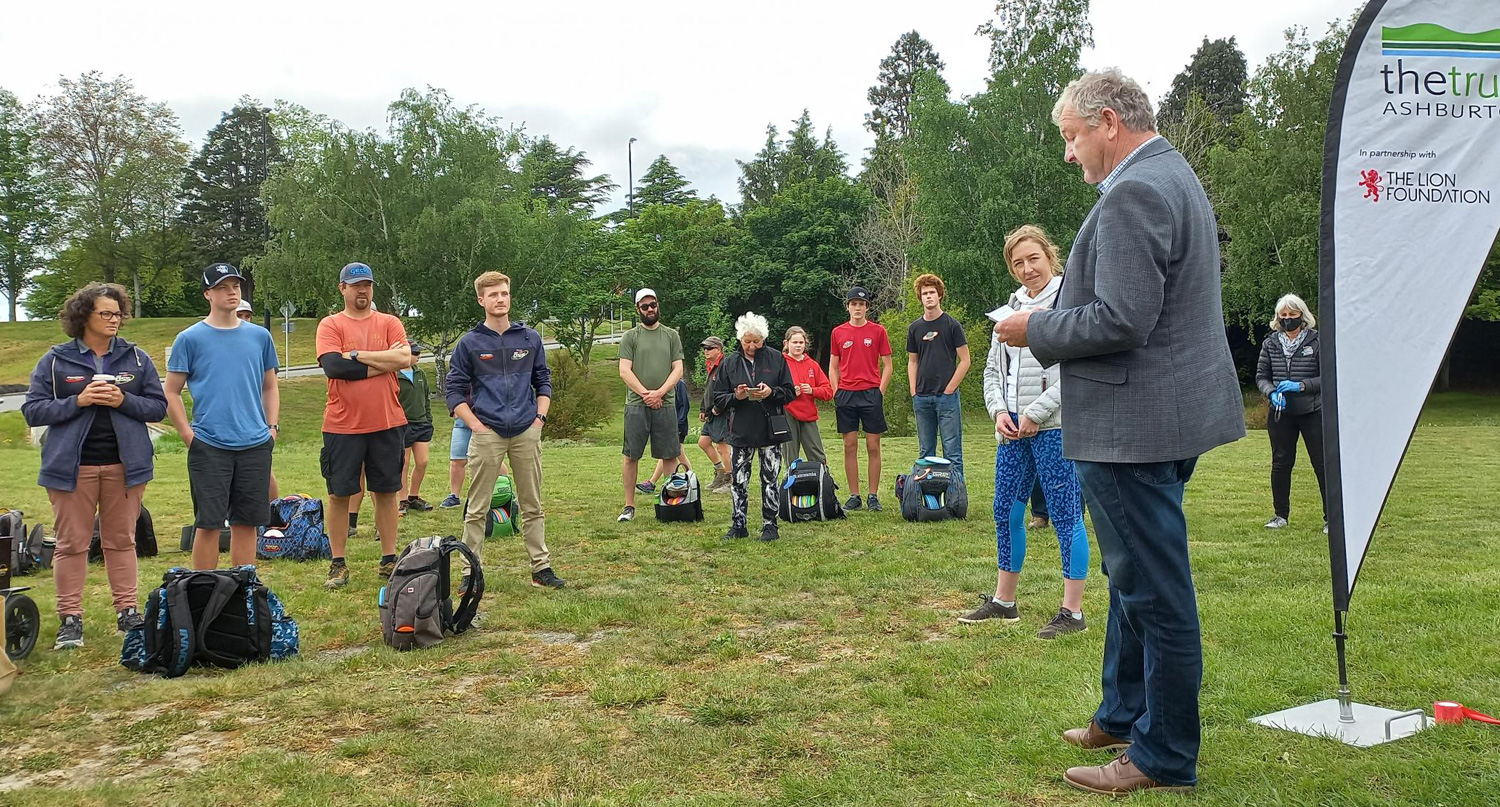 On the opening weekend of Ashburton’s new disc golf course, 110 complete rounds were completed and a big smile on the face of course organizer Polly Hill.

Ms. Hill and Ashburton District Mayor Neil Brown cut the ribbon to declare the course open at an official opening ceremony on Saturday that was attended by about 70 people.

Mayor Brown had the privilege of taking the first disc golf swing and hopefully throwing the disc towards the first basket on the 18-hole course located in the Smallbone Drive Reserve near the EA Networks Center.

“It was a lot of fun and the course will be a great addition to our community. The fact that 110 full rounds were played on the opening weekend shows interest.

“Polly presented her idea, secured council and community funding, and made it possible. We appreciate your contribution to this community. “

Ms. Hill worked as a lawyer in Ashburton and is an avid disc golf player. She saw the value of a course for the city.

Disc golf is played like regular golf, except that there is no club or ball, just a disc (like a frisbee) that players throw and aim at a basket.

The course is free and discs can be borrowed or purchased from the EA Networks Center. Route maps and rules are also available.

The course was designed to begin at the EA Networks Center parking lot and holes were placed around the Smallbone Drive Reserve to take advantage of the natural terrain and tree lines. Safety is important, so the direction of play is away from the nearby road.

Steve Fabish, Council Community Services group manager, said it was great to see the course being well used on the opening weekend.

“We see it as a natural complement to the EA Networks Center and hope it will encourage people to get moving and get active. It’s fun for people of all ages and abilities.

“This is a great example of the community working with the council, local businesses and funders to offer a networking and gaming activity.”