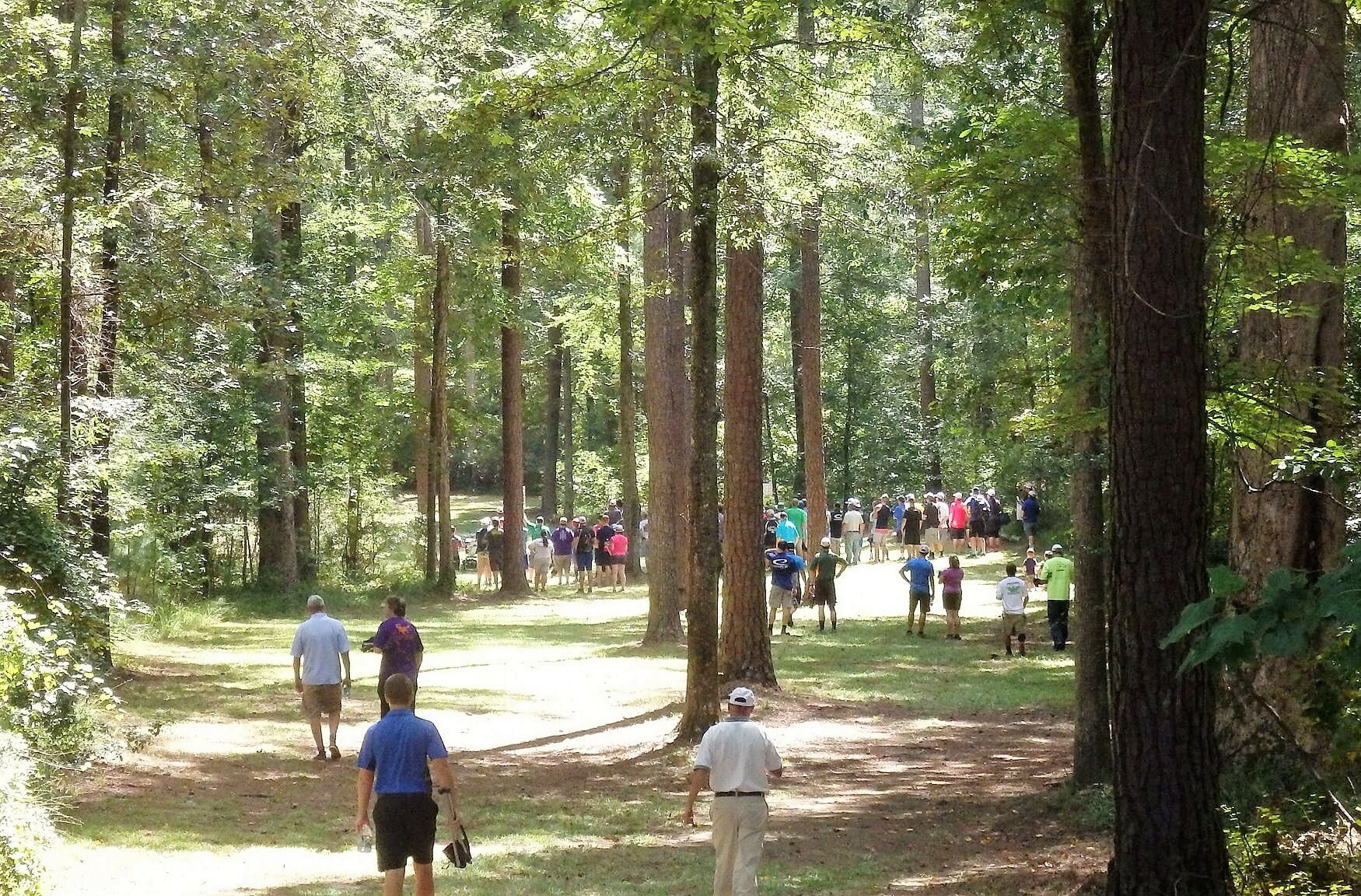 We’re two weeks out from a brand new major.

April 1, 2022 by Charlie Eisenhood in News with comments

The PDGA Champions Cup, a newly established annual major, is set to make its debut in just under two weeks at the WR Jackson course in Appling, Georgia, the home of the International Disc Golf Center and PDGA HQ.

Although the tournament got a mixed reception when it was announced, largely due to its unusual format, a switch to a standard four-round stroke play format has rallied interest from professional players, setting up a highly anticipated springtime major championship.

The current tournament field is stacked, featuring more 1030+ rated MPO players (24) and 940+ rated FPO players (20) than attended the 2021 World Championships (20 and 14, respectively). There are only three FPO players rated below 900 in the field, and each received an invitation for winning a tournament: Icelandic champion María Eldey Kristínardóttir, US Women’s FA1 champion Melody Castruita, and Am World champion Ali Smith. In MPO, just two players are rated below 1000: Am World champ Evan Scott and long-time touring pro Lance Brown, whose rating just dipped to 999 on the March update.

Tournament director and PDGA Operations and Logistics Manager Robert Leonard said that the tournament is guaranteeing a minimum purse of $100,000. “Our goal is to have the largest payout possible, so we hope to eclipse $100K,” he said. The final number will depend on total tournament sales and expenses.

Ticket sales are well underway. The tournament is sold out of VIP ticket options that let fans walk the course with the players. General admission tickets for Saturday’s third round are nearly sold out. Only 400 tickets are being sold per day, but each player is also able to give away two tickets to friends or family.

As the name of the tournament suggests, the Champions Cup seeks to recognize tournament champions from across the world. “Each qualifying event will have a sign dedicated to that player and that event as a way to honor our champions that are attendance,” said Leonard. “The starter will announce each player not by world titles or US titles, for example, [but] rather the events that they won as qualifiers in the previous season. This allows some of our non-US players to receive recognition as well as the players that won amateur majors that are represented in the event.”

Long-time fans will recognize the WR Jackson course that has been home to the Hall of Fame Classic on the National Tour in past years. There have been few changes to the layout, though holes 9 and 18 have a new FPO teepad.