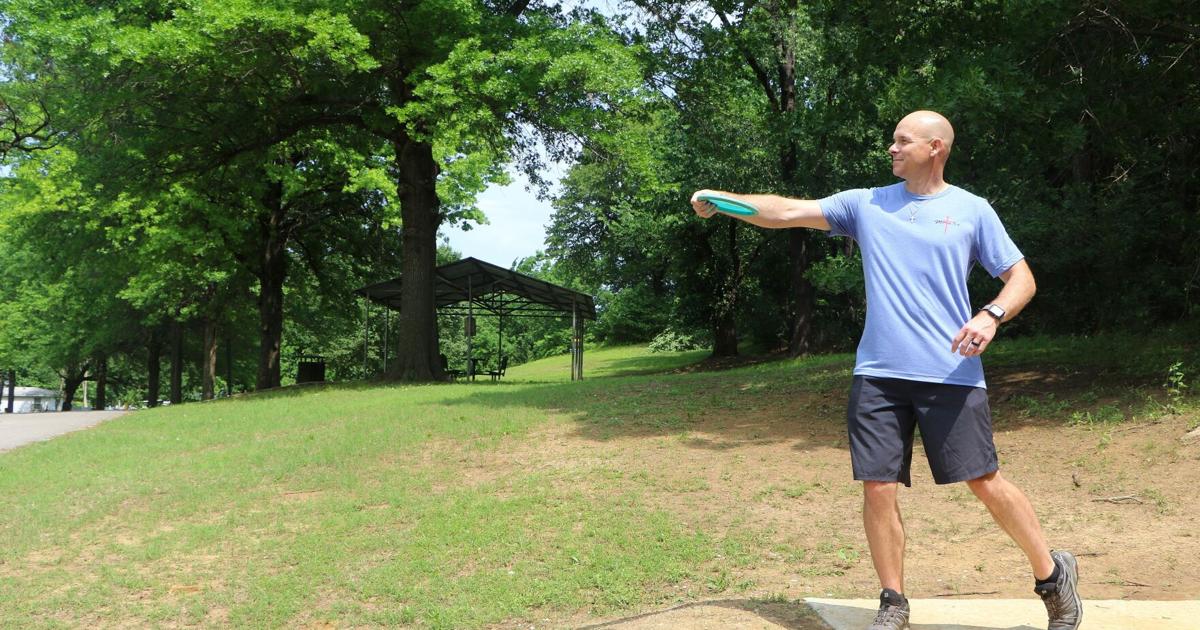 A new attraction just north of Owasso is drawing area residents to the great outdoors.

Delany has clocked in several hours on the new course since it opened in early April, much like Nick Nelson, who has ventured outside his Owasso hometown on multiple occasions to hit the chains.

“It’s a great course to take the family out to,” said Nelson, who has two young daughters. “It’s got a lot of different elevation changes and makes it fun throwing down to baskets, up to baskets, that sort of thing.”

That rolling terrain plays host to a dual-tee, nine-hole, par-3 course that spans nearly 2,050 feet, with the shortest chain clocking in at 99 feet and the longest at 324 feet.

The new course has been on the books of the City of Collinsville’s master plan since 2013, but it wasn’t until 2022 that staff decided to move forward with the project, under construction for several months.

“It’s just something else to get people outside,” Collinsville Mayor Larry Shafer said. “Just being able to see the park utilized even more so, it’s another element. Whether they’re amateurs or if the pros want to come in … we’re glad to have them.”

Collinsville’s 27-par course — designed by Jeff Jones and Tyler Rains, and installed by Russ “Disc Golf Monkey” Burns — provides players like Delany and Nelson a chance to hone their throws while enjoying a scenic setting.

“I like it because it takes skill,” Delany said. “To be able to brake the Frisbee and slice it where you need to, that’s where this course comes in … to practice those elevation shots.”

Nelson added, “You can either play from the long tee pads or the shorts, and from the short tee pads, the kids have a great opportunity to get pars or at least be somewhat competitive with each other without losing interest on a longer type of hole.”

The course, located on the corner of North Garnett Road and West South Street, is free to the public and available to use during regular park hours. More information can be found at cityofcollinsville.com.

Get local news delivered to your inbox!