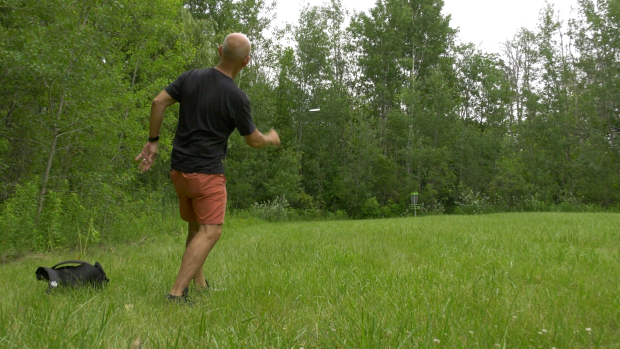 BROCKVILLE, ONT. – The newest sport in Brockville is “thrown” on stage this summer. With roots stretching back more than 40 years, getting into the action is easy.

While some would not consider disc golf a new sport, it has recently reached new audiences thanks to video sharing sites and clips from the Pro Tour being shown on sports channels.

“Over the course of 40 years the sport has grown slowly at a grassroots pace,” said Brian Hughes, founder of Flyboy Canada.

Flyboy Canada was founded by volunteers a few years ago to help grow disc golf across the country.

“There are roughly 350 courses across Canada, which is pretty low compared to the per capita percentages in the United States and even overseas in Estonia, Finland, Norway and Sweden.

“Knowing that we didn’t have a course, that had to be corrected immediately,” said Hughes. “We went to town hall and with the help of councilors Matt Wren and Cameron Wales and Brockville Operations Director Phil Wood they stood up for our donation of the course and helped get it through the council.”

The area Hughes wanted to place for the course was in the field and wooded area of ​​Brackenreid Park, between North Augusta Road and Bartholomew Street.

“The Mayor, Jason Baker, actually said it was a great way to take advantage of unused space,” said Hughes.

Playing disc golf is like golf, except it doesn’t involve clubs aimed at throwing a frisbee-like disc into a metal container on the field.

“You only use your own body, your body strength and all other rules of who goes first and counts the strokes,” said Hughes. “You tee off with a disc and the goal is to get the fewest throws and get into the target, that’s the basket of chains. The lowest score wins.”

The Brackenreid course opened about three weeks ago with the city’s approval, and the local scene has exploded since then.

“Our Brockville Facebook page has gone crazy. We have 172 members, and basically you could drive over here on a weekend and there is usually a car. It flows all the time,” added Hughes.

The course has ten baskets with two tees for throwing, a red tee for beginners and a blue tee for the more experienced players. It takes approximately 45 minutes to an hour to complete a round, depending on how many people are playing.

The game is also free to play as long as you have discs that can be bought online or rented around town.

“We donated a number of sets to the Brockville Public Library, which will be fantastic,” said Hughes. “Now they are opening up and making it a little easier. They are very excited to be supporting this. We will bring more to you shortly.” 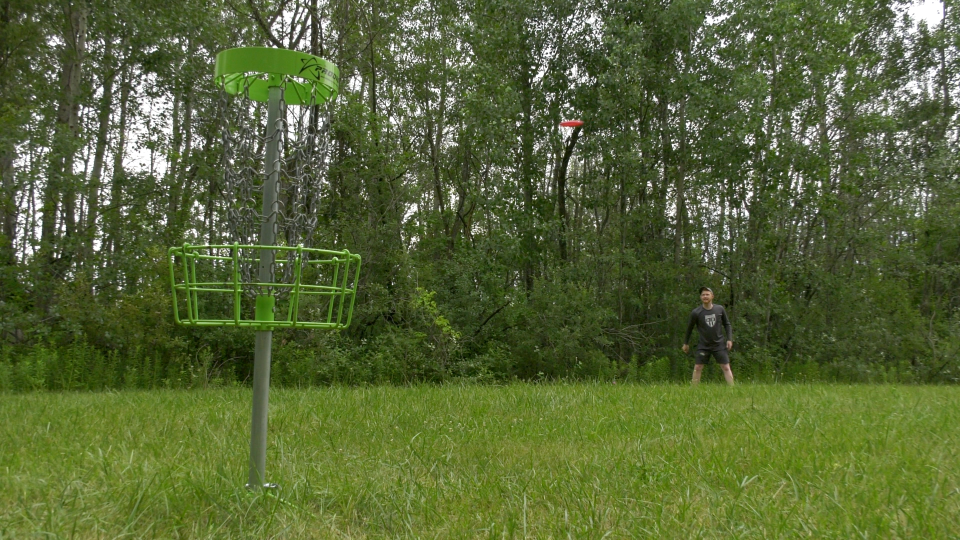 “It’s one of those things that is hard to master, but it’s pretty easy to get started and just toss around a few discs and see what happens,” Beattie said. “Some days you come out and just play a fast time and some days you play 40, 50 holes.”

“When you start out I think it’s a bit difficult to learn about the discs because they all do different things, far left and far right,” said Beattie. “Some are unstable, some are stable.”

Discs serve different purposes, such as golf clubs, some being used for shots closer to the basket, “putters”, and “driving discs” which are used when starting from the tee.

“The fact that it’s free also gives you a lot of opportunities, you know, hockey is expensive, soccer can be expensive. It’s pretty cool that for a few dollars, a few discs, you can play unlimited rounds here in Brockville. And I think it’s a great thing for the community, “added Beattie.

“Back when we started we were throwing wammo disks, wammo frisbees. Not these disks. Now there is a whole, I don’t know, a dozen manufacturers with all their spin,” Paredes said.

“It’s exploding, especially in the pandemic. It was amazing how this is certainly a sport that allows for distancing and the outdoors and the like. And the content was phenomenal. I think people really got it,” he added.

Paredes has played on several disc golf courses in Ontario and has met many new players in the process.

“When you hang out with disc golfers, it’s a real community and a real culture. It’s just really inclusive,” Paredes said. “You show up and it’s like, ‘Hey, can I come with you? Or do you want to know, do you want company? ‘ Come with me, meet new people. It’s a wonderful culture. “ 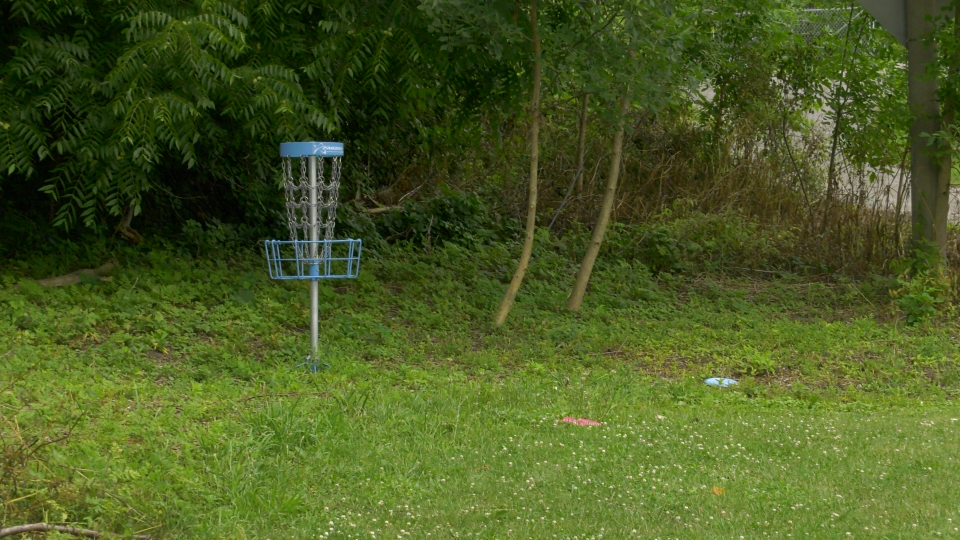 Since the Brockville course has some baskets in wooded areas, dressing properly is also recommended.

“A good pair of hiking shoes, I actually have a long sleeve, very light material, shirts and long trousers, because mosquitoes sometimes eat you alive in the forest.” Paredes added, “Bug spray and stuff. I just keep an eye out for ticks and the like. “

The course also has its dangers, including thick bush, trees between the tees and the basket, a stream and even a swamp at hole four.

“It’s dramatic whether it hits a tree or rolls, you never know, but when you get out and let your hand as an archer once, it’s up to nature,” said Hughes.

“You can’t beat it. It’s a hike with a purpose. You’re out there, you challenge yourself, you can play with a group of people. You can play alone first thing in the morning, late at night. Never mind.” . And there are even glow disks for midnight rounds. “

You can find more information about Brockville Disc Golf on their Facebook page or on Flyboy Canada. 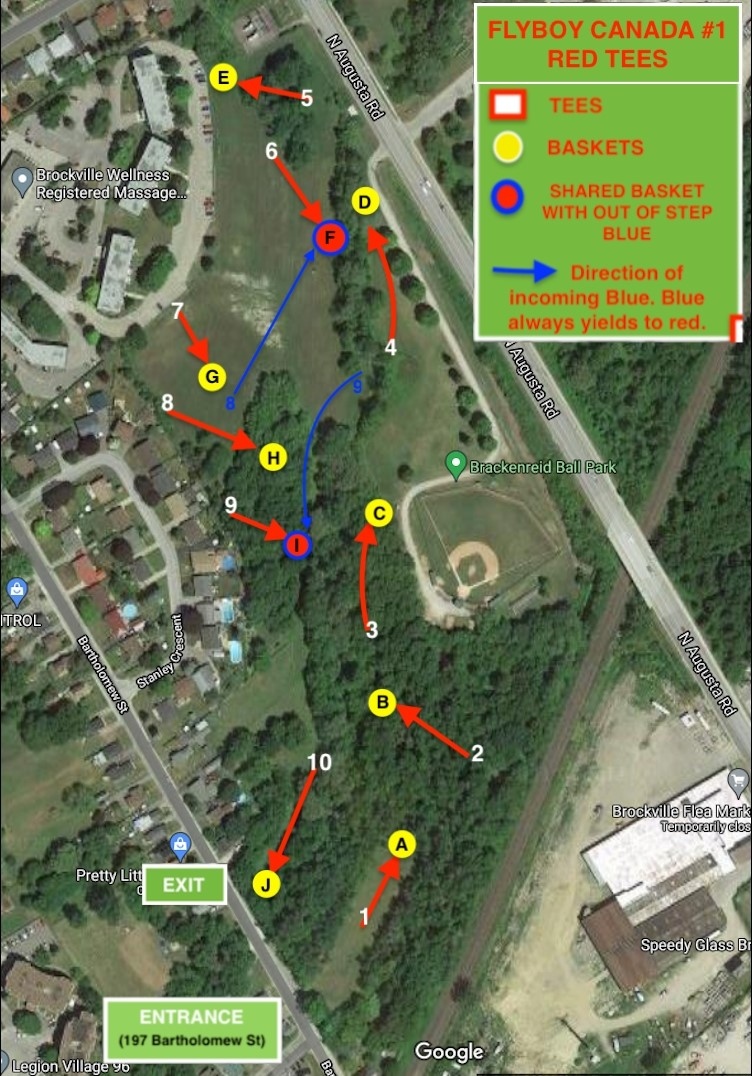