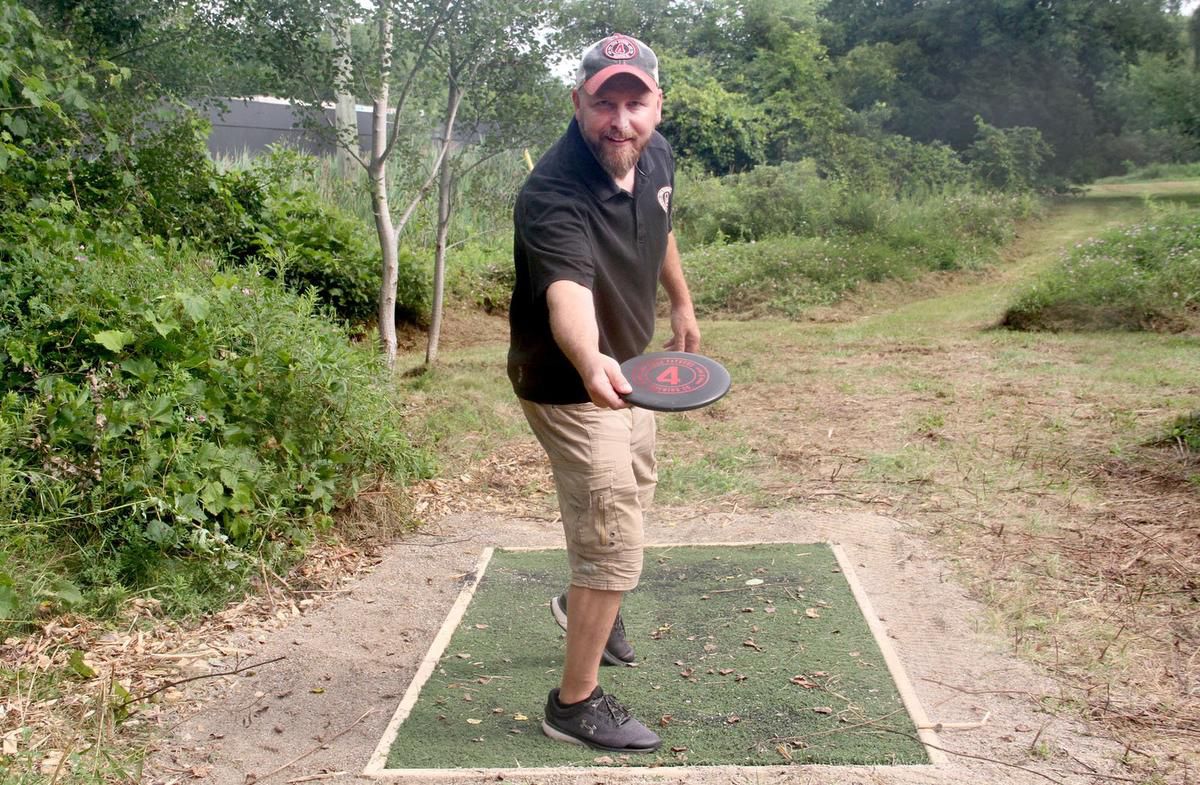 CAMBRIDGE – Mike Hruden wants Four Fathers Brewery to be a destination in Hespeler.

The co-owner and general manager of Guelph Avenue Craft Brewery and Tap Room wants the company to be a place where people can spend the day, not just for a “beer and a bite”.

With this in mind, Hruden and his partners invested in converting the eight-acre property behind the brewery into Hespeler’s first disc golf course, designed by Ontario Disc Golf Association executive Chris Ozolins.

“I’m getting to know more and more people in this disc golf world who are really passionate about the sport and they are so lucky that it is now becoming more mainstream,” said Hruden. “It’s just cool to be part of this world.”

The course was officially opened on Saturday.

Hruden admits that Four Fathers is a rookie in the disc golf world, but they put their toes down this year by sponsoring tournaments. The nine-hole course in Hespeler is the next step in this partnership.

The course was created through the work of Steven Foster, a disc golfer and employee of the Skyline Group of Properties – a company co-founded by Martin Castellan, also co-owner of Four Fathers – who introduced ozolins to the brewery’s founders.

Hruden said there was some cost to putting the course together because of the need for perforated baskets and the installation of artificial turf teeing blocks. Some landscaping was required to create the course, but natural grading is part of the disc golf experience. Pruning of the foliage continues.

“I don’t have a (dollar) number for you because, to be honest, we haven’t put anything together yet. We just decided to do it and then we do a kind of review. But for us it is an investment in the community to give something back. “

Hruden said the course will be public and free even when the brewery is closed. He said committed players can play on the pitch all four seasons.

This is exactly what the disc association wanted to hear.

Ozolins said with the partnership, Four Fathers had decided to go “all in” to support the disc golf community by building the game from the ground up. He said the property is perfect as only the edge of the current course land is used for weddings.

“We thought, you know, perfect. It’s a couple of hectares in size, we can build a beginner-friendly nine-hole course here and it’s an ideal place to combine both, craft beer, terrace, restaurant and some kind of outdoor resource that makes good use of the property “, said Ozolins.

He said about 120,000 Ontarians are currently playing the game or have tried it at least once in the past year.

“It’s damn cool. The whole pandemic was a growth driver for our sport, ”he said, noting that this was an opportunity for people to get outside while maintaining social distance.

Although the game requires skill, Ozolins said there isn’t a steep learning curve like there is in regular golf, ”he said. “Part of the fun is learning the game.”

“This course is particularly beginner-friendly. We wanted to make it bearable so that it would be open and accessible to a lot more of the community right away. “