Inside The Numbers: Jonesboro Open 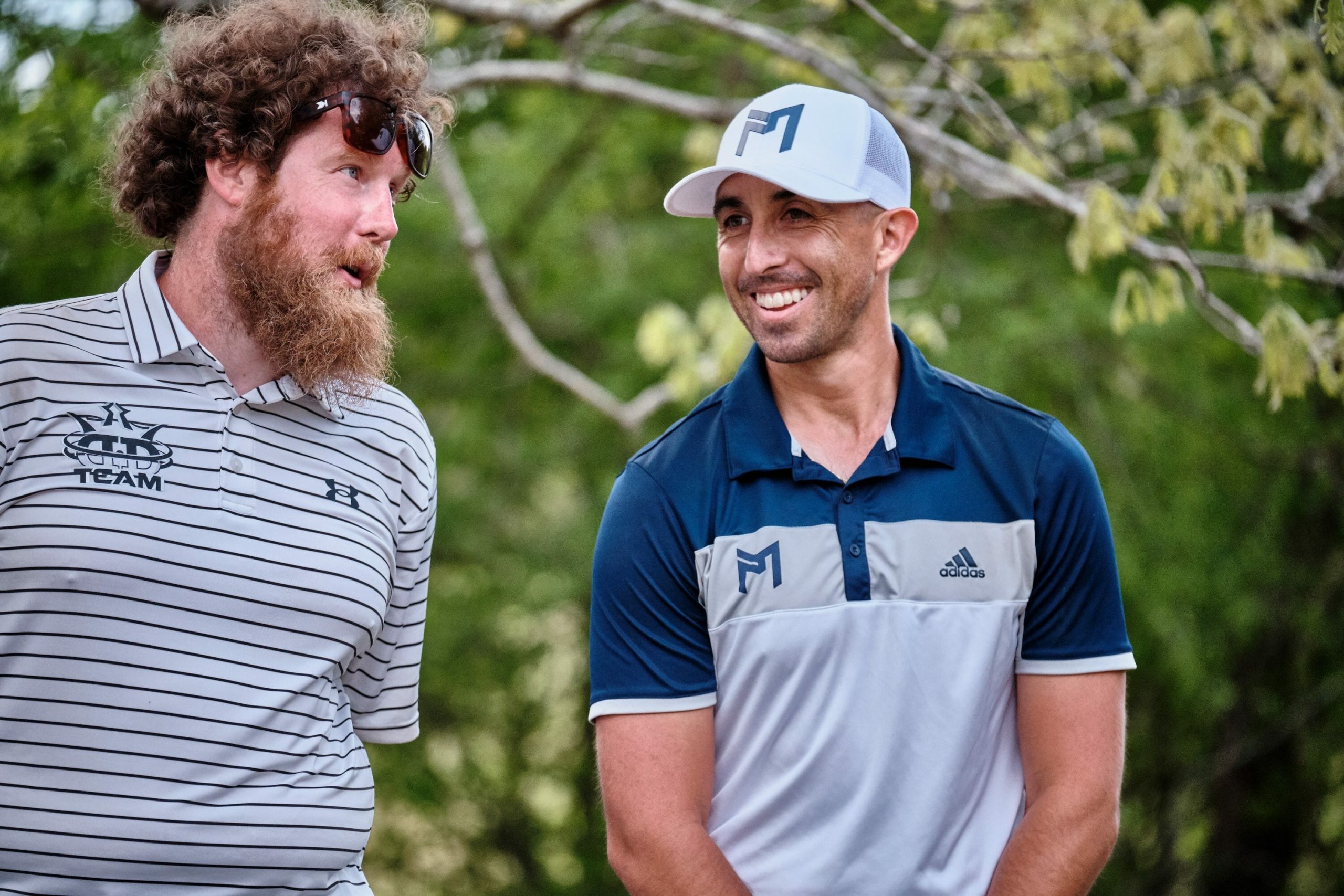 April 26, 2022 by Justin Westfall in Analysis with comments

After a few weeks off, the Disc Golf Pro Tour Elite Series picked back up this weekend at the Disc Side of Heaven in Jonesboro, Arkansas.

The dichotomy between the FPO and MPO divisions couldn’t have been more apparent. Kristin Tattar took full control of the event from round one and won by a commanding 10 strokes after shooting three straight hot rounds. For the third straight year in Jonesboro, the FPO winner averaged over a 1000 rating and won by 8+ strokes. Aside from Tattar’s dominant win, fans took in great performances from players like Kat Mertsch, Ella Hansen, and Holyn Handley rather than the usual suspects like Paige Pierce and Catrina Allen.

Meanwhile, the MPO division saw multiple leaders on the final day, including those on the third and fourth cards, and an eventual three way tie on the lead card going into the final hole. This round showcased everything from brutal rollaways to throw-ins, and of course a playoff between Calvin Heimburg and Paul McBeth.

At long last, after weeks of being in contention for the win and coming up just short at the Champions Cup, Tattar flat out dominated in Jonesboro. Kristin led in strokes gained from tee-to-green, and the stats show that she was nearly perfect throwing the disc. Tattar missed both the fairway and C2 in regulation on just 2 of 54 holes, leaving her with a birdie putt 96% of the time. She was also the only FPO player to take no out of bounds strokes. Kristin played the final 32 holes bogey-free and was able to birdie 15 of the 18 holes on the course. Both of her two previous Disc Golf Pro Tour wins have come by 10 strokes.

Ella finished with the third highest event rating of her career at 976. Her three best tournament ratings have all come at Elite Series events, and all of them have resulted in 3rd place finishes (2022 Jonesboro, 2021 USWDGC, and 2021 Portland Open).

The Arkansas native came out firing, nearly acing two of the first five holes and recording a 998 rated opening round. That’s just one point below the best round of her career, and Kat’s 975 event rating was the highest of her career. She has played above her rating in every tournament so far this year. This was her first podium finish at an Elite Series event.

Her first elite series top 5 finish in just her sixth try, Handley was second in strokes gained putting as well as C2 putting percentage. While she’s currently 941 rated, Handley has averaged a 956 rating since the start of the Las Vegas Challenge.

Despite a poor final round, a 12th place finish is the best Elite Series finish of Rawnsley’s career. Stacie shot her highest rated round at the Texas State Championships a few weeks ago with a 977; she eclipsed that with a 991 in round 2 at the Disc Side of Heaven.

Heimburg saved his two best drives of the tournament for the very end, smashing his tee shot over 550 feet on hole 18 and then parking hole 1 in the playoff to secure his sixth Elite Series win. Calvin has never won an ES event by more than two strokes, and three of them were by zero strokes (tie or playoff). Back-to-back C2 putts on holes 15 and 16 for birdie and eagle were crucial for Calvin to take a share of the lead down the final stretch. Heimburg has not only been consistent at this event since 2020 with ratings of 1061, 1060, and 1059, he was also consistent this weekend with round scores of 56, 55, and 55 again on the final day.

Early on Sunday, it seemed like a classic McBeth cleanup after he birdied the first three holes. But a rollaway off the basket pole cover on hole 5 and an OB drive on hole 6 derailed his round enough to open the door for Heimburg and Kevin Jones. In fact, on holes 5 and 6, McBeth shot 6-over par for the tournament, including back-to-back double bogeys in the opening round and back-to-back bogeys in the final round. In the end, Paul led the field in birdies, having two more than Calvin and one more eagle. But five OB strokes cost him the chance to win in regulation, and a slippery teepad cost him the chance to win in the playoff.

Jones had a highlight reel moment on Sunday when he threw in a 174 foot eagle for the lead on hole 12. Most importantly, though, Kevin played solid all weekend as one of three MPO players with no OB strokes. He also convered on 7-of-7 scrambles, the only player to go 100%. This weekend, his jump putt returned to form: he hit three on the final day, including back-to-back 50 footers on holes 14 and 15. Jones also made 100% of his C1X putts in the final two rounds and played bogey-free for 51 straight holes. Despite coming up short on hole 18, from a ratings standpoint, this was Kevin’s best tournament since his win at the 2020 Green Mountain Championship.

Quietly finishing in 4th place, Dickerson led the field with 12.56 strokes gained tee to green but a poor putting performance in round 2 kept him out of contention. Chris has now averaged 1052 or better in his last three events and has not missed a top 10 finish since the Las Vegas Challenge.

For a moment on Sunday, it looked as though Gannon Buhr had a chance to win this event from the fourth card. Ultimately, a triple bogey on hole 6 in the second round kept him out of contention, but he earned a top 5 finish by going 6-of-12 putting from C2 and gaining the third most strokes on the putting green.

Harris shot a 1073 rated opening round to take an early two stroke lead. It was the highest rated round of Alden’s career; his previous best at an Elite Series event came in the final round of the 2020 Jonesboro Open.

It had been a while since fans saw the crush father put up a hot round but Simon did just that in round two with a 1093 rated 13-under par day. This was the 7th highest rated round of Lizotte’s career and his best since the final round of the 2020 Las Vegas Challenge. The result was a record jump up 67 spots from 73rd into a tie for 5th place before the final round.

Aderhold carded two eagles and had the third most birdies with 25, but eight bogeys and a double kept Ezra in a tie for 10th place. He birdied every hole on the course except for holes 9 and 18, but only went 4-for-10 on his scramble attempts.

It’s a bit unusual to find somebody with the best C1 in regulation percentage but only 32nd best in fairway hits. Ricky’s uncharacteristically poor putting at the Champions Cup bled over into the first round at Jonesboro, where he only made 57% of his C1X putts. Wysocki finished fourth in birdie percentage but took three OB strokes, six bogeys, and a double on the weekend.

In case you were wondering, Corey is still a putting assassin. He led the field in strokes gained putting and made 8-of-14 C2 putts.

Still struggling to dial in a complete game, Klein was first in C1X putting at 96% but 100th in C2 putting at just 8%. Kyle was also 10th best with 72% C2 in regulation, but only 51st at getting into Circle 1. The game quickly becomes frustrating when you continually leave yourself with long putts and can’t connect on them.

In his first tournament back from surgery, Gavin Rathbun shot a 1037 rated opening round but averaged around 1000 golf the rest of the weekend. Being out of competition for the better part of a year, though, it must have felt good for him to get back on the course and gain some confidence in his repaired shoulder.