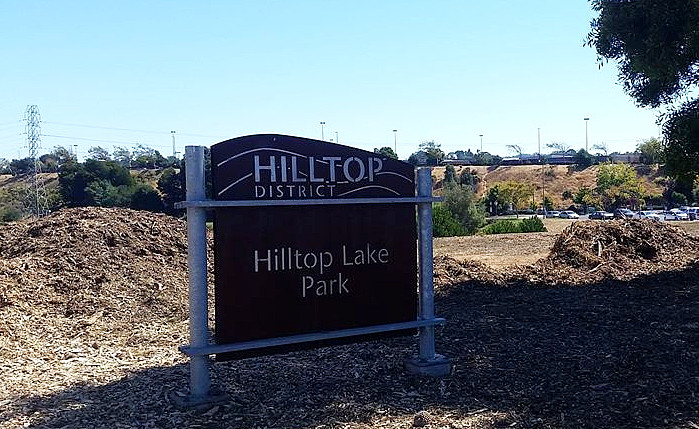 Work on a controversial plan to build an 18-hole disc golf course in Hilltop Lake Park has been put on hold and the project has been referred back to the city’s Recreation and Parks Commission for further public review.

The non-profit East Bay Disc Golf Club, a volunteer-only group that helps host events and promote disc golf in the Bay Area, including Berkeley Aquatic Park and Lake Chabot Golf Course, worked with the city and reportedly received grants from the Richmond Recreation and Parks Commission and Hilltop Neighborhood District Council to build the course as part of the city’s Adopt-a-Spot program. The Adopt-a-Spot program enables a group to “adopt” urban land that they want to improve. The non-profit organization plans to hold tournaments in the park and offer free public access to the disc golf course.

A majority of the council members expressed concern about the project, particularly due to the perceived lack of proper review and approval. City Manager Laura Snideman said the city has adhered to the existing guidelines and is committed to reviewing whether changes need to be made to that guideline.

Snideman said the project would end on Jan.