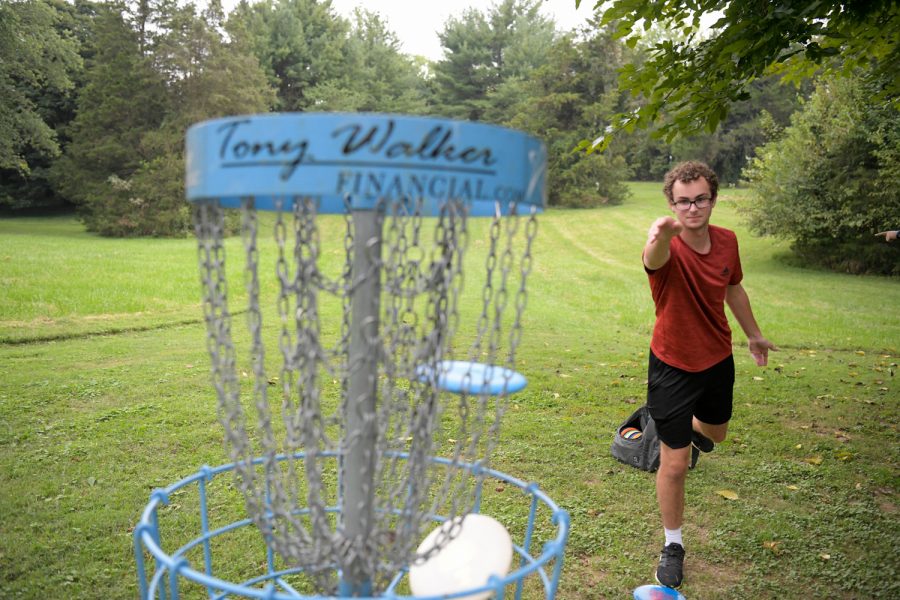 Throwing frisbee between friends on South Lawn may be a fun way to relax, but some WKU students are taking frisbee throwing to the next level.

Disc golf is growing in popularity with college students across the country. The aim is to land a special Frisbee disc in a basket over 18 different holes, similar to a golf course.

The WKU has its own place behind the Pearce Ford Tower and its own disc golf team that trains in nearby parks. Ryan Messenger, the captain of the WKU team, started playing at a young age and fell in love with the sport thanks to the friendliness of another player.

A member of the WKU Disc Golf Club takes his disc out of the basket. (ARTHUR TRICKETT-WILE)

“I got interested in disc golf pretty early on,” said Messenger. “I was 12 or 13 and my dad and I used to see the baskets in the park. [but] We never really knew what it was. We asked someone about it and he explained the basic rules to us, then he actually gave us one of these discs. The next week we went out and played and we’ve been addicted ever since. “

Messenger has many memories of his time in the sport, but his time in high school as part of a successful pair of doubles stands out from the rest.

“It [was a] Double event called the Northwest Tennessee Doubles Championship, and one of my best friends, Jake Hutchinson and I, won this tournament three years in a row, “said Messenger. “It was my last big tournament in high school and I was really excited to win it with my best friend.” 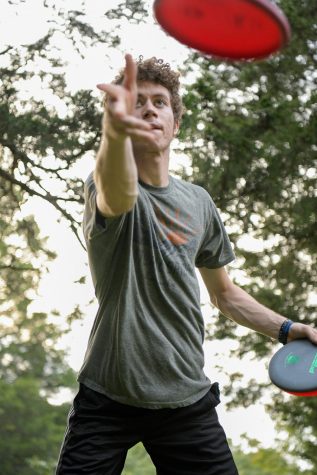 Dalton Sturgill, a newcomer, is also excited about this year’s team and loves the sense of community that the squad conveys.

“The most important thing about disc golf here was community,” said Sturgill. “Just make sure you encourage each other and yourself to get better at the sport you love to play.”

Sturgill has many memories and stories from his time with the team, but tournament wins stand out from the rest.

“At home I have competed in many C-Tier and B-Tier tournaments and my favorite memory of playing these is winning,” said Sturgill. “It felt amazing just to know that you played better than everyone else and that the competition was there, but still ahead of the game.”

Jared Grant, a junior, shared that his favorite part of competing with the team is the travel options it offers.

“What I enjoy most about playing here at the WKU are collegial competitions and traveling, mainly across the east coast, just to play against other universities,” said Grant. “My favorite memory of disc golf here at the WKU is probably my first hole in one with the team [at] Kereiakes Park. “

Messenger has high expectations for his team this year and believes his squad has a chance to qualify for the Collegiate National Championship.

“Our ultimate goal is to qualify for the Collegiate National Championship,” said Messenger. “To qualify, you have to take part in a regional qualification and secure an offer. We’re holding our own qualification here in mid-November and hope to have a pretty good lead there. “