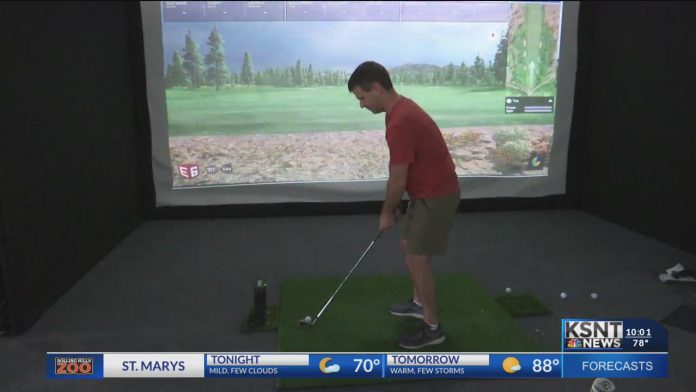 TOPEKA (KSNT) – Golf fans in Topeka got a taste of a new store in Topeka in the indoor golf simulator 8 Iron Therapy near Lake Shawnee.

8 Iron Therapy owners held a soft opening for friends and family on Saturday. Co-owner Matt Vanderpool said he was excited to bring something new to the community he grew up in.

“We feel like the southeast of Topeka is really underserved in terms of entertainment,” said Vanderpool. “Being from the Shawnee Heights School District, we thought it would be a good time to serve the community.”

Vanderpool said he got the idea for the name 8 Iron Therapy through an inside joke with his wife.

“In the summer, especially during the pandemic, I used to tell my wife, ‘Hey, I have to do eight-iron therapy,'” said Vanderpool. “And I would go to the driving range.”

The new facility has three state-of-the-art simulators and a 12’x18 12 putting green. Golf enthusiast Josh Cooper got the chance to try the technology and even got some tips from one of the golf pros.

“I was a beginner,” said Cooper. “But after I haven’t played for many years, I’m probably back to where I started. With a little coaching, I’ve done a lot better. So I was really impressed. “

Cooper took lessons from golf coach Jane Yi. She said coaching with the indoor simulator is easier than coaching outdoors.

“You can see the instant feedback from the video,” said Yi. “When they get it all, you can see yourself swinging because a lot of people don’t believe me when I tell them they are going over the top.”

8 Iron Therapy is located on the corner of 29th Street and Croco Road in Topeka. A grand opening will take place on August 21st. 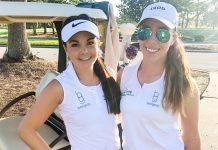 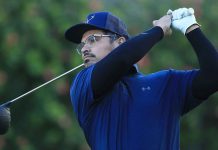 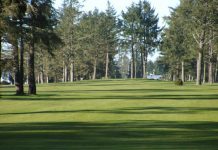