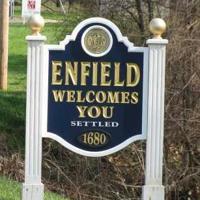 ENFIELD — The Town Council doesn’t want to see residents lose the Pleasant View Golf Park where beginners, students, and those with a love for the game have been practicing their skills for years.

The Catholic Cemeteries Association of the Archdiocese of Hartford, which owns the property at 110 North St., where the golf range is located, has accepted a proposal to construct a solar panel farm on the property.

WHAT: The Catholic Cemeteries Association of the Archdiocese of Hartford, which owns the property where the Pleasant View Golf Park is located on 110 North St., has accepted a proposal to construct a solar panel farm on the property.

REACTION: Town councilors are against the golf park closing; residents say it will take a small, tight community away from golf lovers.

STATUS: The proposal is before the Connecticut Siting Council, which will decide whether the project requires a certificate of need.

It filed a petition with the Connecticut Siting Council, asking for a ruling that a Certificate of Environmental Compatibility and Public Need would not be required for construction and operation of a solar facility on the land.

Mayor Bob Cressotti received a letter from the Siting Council on April 26 stating it received a petition for the declaratory ruling. He made a motion during Monday’s Town Council’s meeting, which was unanimously approved, that directs Town Manager Ellen Zoppo-Sassu to contact the council and say officials are opposed to such a ruling.

“For the last 25 years, I’ve been going there and practicing,” Cressotti said about the only driving range in Enfield and the surrounding area. “You can go there any time from March to beginning of December and see people still practicing their golf game.”

The driving range has been a recreational area in the town for years, he said. It’s not only the residents who use it, he said, but also Enfield High School’s golf team, Allied Special Olympics, adult education classes in the fall and spring, and pros giving golf lessons, Cressotti said.

Town Councilman Michael Ludwick agreed that the letter should be sent and asked that it also ask for a public hearing on the issue so residents can express their opinions as they did when a solar farm was being considered for Broadbrook Road. Ludwick said he, too, golfs at the Pleasant View Golf Park and is concerned the town is losing too much of its open land to solar farms.

“We have solar farms on the old sand pit and at Broadbrook so are doing our part for green energy,” he said. “This is worrisome that (the Catholic Cemeteries Association) is going through the siting council.”

What that means is the siting council would be taking zoning authority for the property away from the town, Ludwick said. Moreover, he wants people to understand that solar credit deals are not always “the ray of sunshine” they may appear to be. “Volume does not help the homeowner but does help the utility companies,” Ludwick said.

During the public comment period of the meeting, Robert Linn of Longview Road spoke about what the loss of Pleasant View Golf Park would mean to the town and even many people living miles away.

“We get people at the driving range from West Hartford, Westfield, Southbridge, Hartford, Middletown — farther than 45 minutes away,” he said. “Outside of people who work there, I’ve probably logged the most hours during my 22 years of going to the driving range.”

Over that time, Linn said he has seen Pleasant View Golf Park become its own little community.

“I’ve seen total strangers become golfing partners,” he said. “It would be a travesty to close the place.”

Within a 45-minute drive from Enfield, there are 33 public golf courses but only eight have any kinds of practice area, Linn said.

“The great majority of people that practice at the driving range are public golf players so without a steady practice area, it’s hardly worth taking up the hardest game in the world,” he said. “Unless you have the means to join private country club, you’re kind of stuck.”

Linn said there was a 12% increase nationwide in golfers during COVID and the number is growing. Within the last five years, he said, four driving ranges in the immediate area closed, with two of them becoming space for solar panels.

“I was brought up to believe the church was in the business of promoting community,” Linn said. “I’ve seen the range turn into a community so for the church to do what they’ll do for a little bit more money is beyond me.”