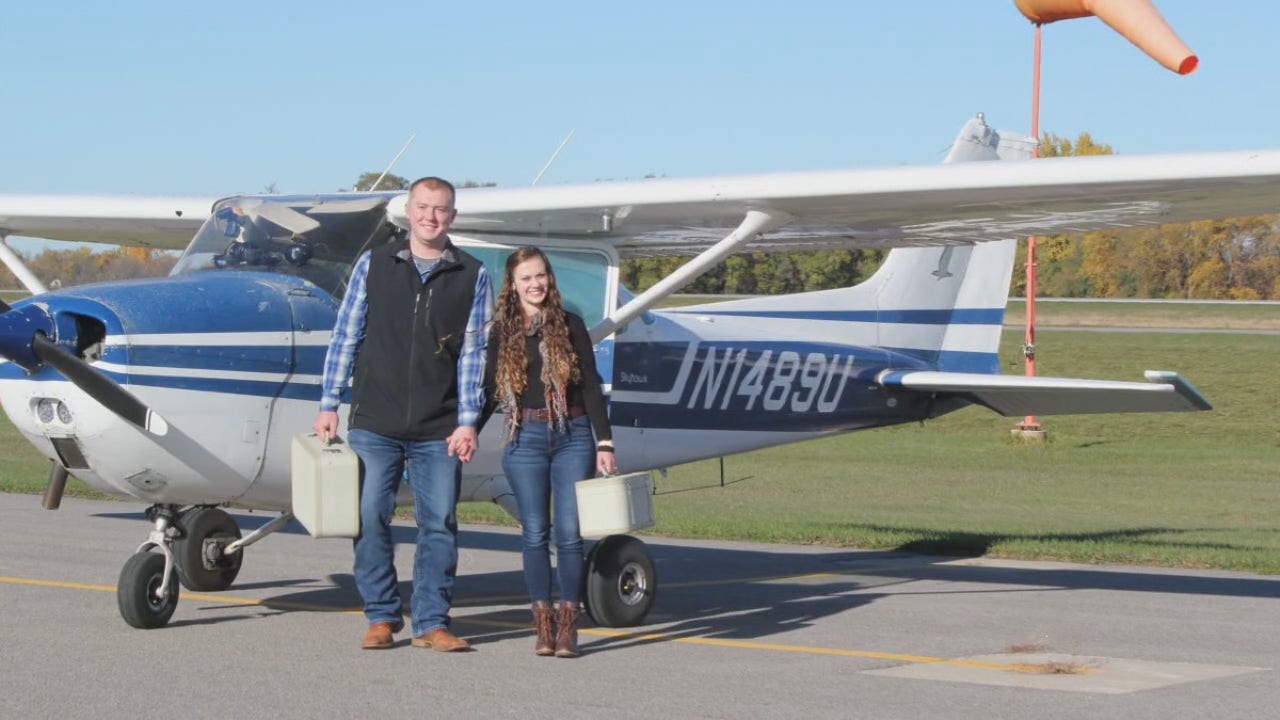 A Minnesota couple share their story of a special proposition.

(FOX 9) – A Mapleton man had quite a surprise for his girlfriend when he took her to fly with his new pilot’s license late last week.

Kaleb Lehmann and Bobbi Jo Haag had been dating for almost a year, and Little did Bobbi Jo know that their boyfriend was ready to take their relationship to new heights.

A Minnesota couple shared their story about a special surprise proposal.

“I was pretty excited. I made it through the landing, that’s what I told the people,” said Kaleb.

Lehmann, broker and real estate appraiser, got his professional pilot’s license a few weeks ago, so the two of them left Litchfield Airport last Friday to celebrate. But Lehmann was secretly planning the suggestion to paint the question on the driving range of a friend’s golf course in Fairfax and fly over it during the flight.

“We’ve been together for a while. Communication is good, she knew it was coming, but she didn’t know how or when or in what format it would take place,” said Kaleb.

About 20 minutes after their trip, their date came with fate when Haag saw her initials and “Marry me?” written in 20-foot-high letters in a 60-foot-long message that Lehmann and his father had created on the greens. After getting over the shock at the proposal, she agreed to tie the knot.

“I just looked over at him and he pulled the ring out of his vest and opened the suitcase while he was flying, so it was pretty neat … of course I said yes. It was pretty exciting. I was just blown away. “

The couple celebrated with both families on the golf course later that night and are planning a wedding for next summer or fall.

In the meantime, they have quite a engagement story to tell.

“All my friends tell me, ‘Man, you have to set the bar so damn high,’ but yeah, it was worth it,” said Kaleb.