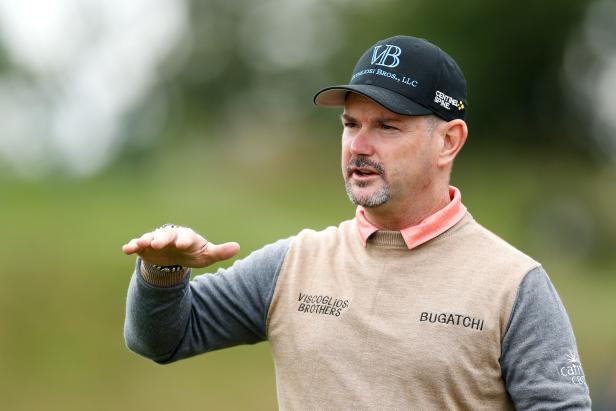 NS. SIMONS ISLAND, Georgia – In the scoring area of ​​the Sea Island Plantation Course during the opening round of the RSM Classic, a lengthy discussion took place on Thursday afternoon between Rules Officer John Mutch, media representatives, and other parties using walkie-talkies. The subject was Rory Sabbatini, who was ultimately disqualified from the last official PGA Tour event of 2021 for having a “non-compliant external fixture” on his fairway wood.

Tour officials confirmed it was a sticker leading to the DQ, although the purpose was unclear. Mutch said the sticker is a product from Foresight, a company that uses reflective dots of adhesive to convey data to machines such as launch monitors and “head management technology” that are commonly used for swing analysis. The sticker may have been on the club to help Sabbatini during a training session at the Sea Island driving range, but it was not removed.

“There are stickers, reflective stickers. [They are] tiny, ”said Munch, the tour’s chief tournament director, to Golf Channel. “The players use it to track club head speed as they practice, and he just hasn’t picked it up.”

Sabbatini, who reported the sticker himself, shot a four-under-68 the day before he was informed of the rule decision. He did not comment after his round.