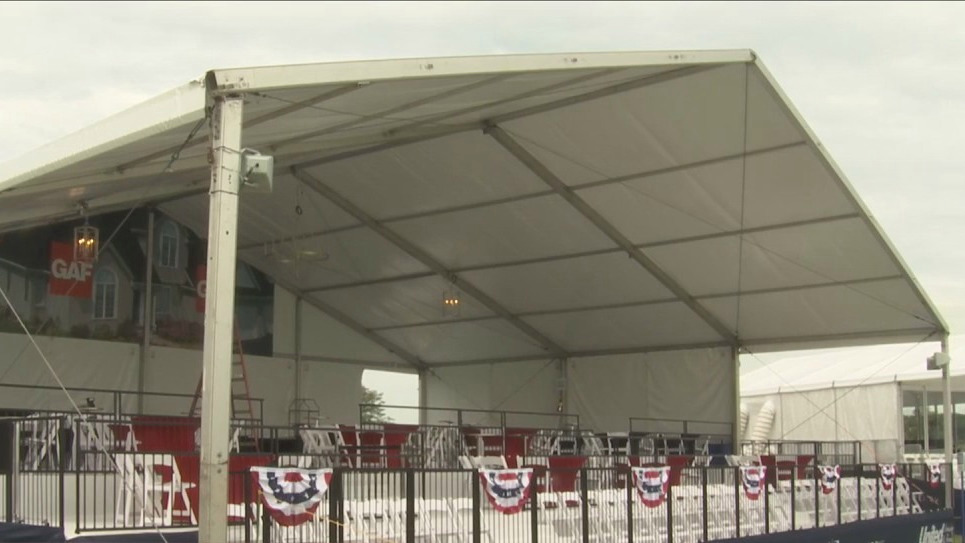 WARRICK COUNTY, Ind. (BLOWING) The football season is just getting started, but the Korn Ferry Tour is back at Victoria National to crown its champion for this season.

Over 130 golfers will be playing the links and competing for the championship this week. The return of golf also means a return for spectators and some tournament features.

“It’s great to have the tournament back,” said Ron Philo, GM at Victoria National.

The driving range was full this morning for the first of two Pro-Ams this week. Victoria National will be full of spectators after watching the tournament from home last year.

Tournament Director Laureen Cates says although the attendance numbers are back there are some changes in the way the tournament is run, including larger open-air grandstands.

“We gave them the opportunity to distance themselves socially in many new bleacher areas, which we made a little bigger this year so that everyone can spread out,” she says.

Cates also says ticket sales are doing well so far but has not yet had any estimates of how many will come back and watch in person.

“It’s nice to have everyone back in full swing. And the way our ticket sales are going, we’re going to have a record year out here, ”says Cates.

She also says that people can wear masks while watching. The construction of new cottages also resulted in some layout changes this year, but Philo says those changes are minimal.

Cates also says people can park in Friedman Park and walk to Victoria National to see the tournament instead of having to ride the shuttle like in previous years.