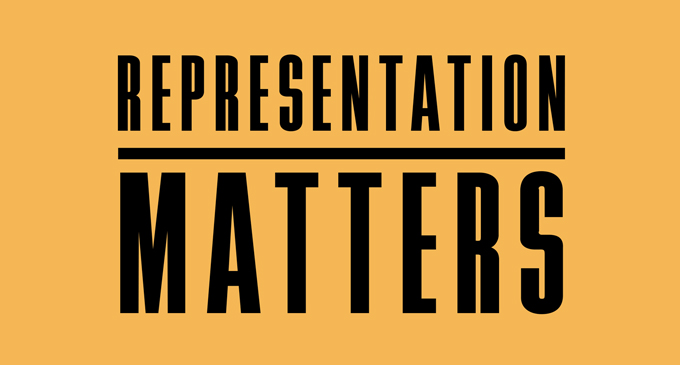 In sports leagues like the NFL and NBA, young African American children are not lacking in heroes who look like them. But for other leagues, especially individual sports like tennis and golf, there aren’t that many, and with question marks about the careers of legends like Tiger Woods and Serena Williams, who’s going to take over the cloak in these sports next?

Representation is very important to young black children. When they see someone from their people doing something they would like to do, it will help them visualize their goals even better. Because the NBA and NFL are over 70% African American, young black kids have plenty of players to choose from to emulate and idolize. This does not apply to other leagues.

As a teenager, I remember Woods rising into the world of golf. Up until that point, I had never seen a black man in this sport at a high level. Yes, there were a few minority players but none who looked like me and that was a main reason I rarely watched the sport outside of what I saw on ESPN’s SportsCenter show.

When Woods started taking over the sport in the late 1990s, my interest in golf began to grow too. I watched more and more tournaments on TV and even started taking golf lessons on the weekends. I even went so far that my parents bought me clubs for Christmas so that I could go to the driving range and of course to play more often.

All of that was due to the influence of Tiger and me, who thought that one day I might play on the PGA Tour just because I saw another black face on TV doing the same thing. Woods was seriously injured in a tragic car accident earlier this year, so it’s not certain he will ever play on the tour again.

I am saddened by the fact that there have not been any other black male golfers who have come on the PGA Tour and been successful at a high level. I know there aren’t many golf courses in urban neighborhoods, and when combined with the high cost of the game, that’s not that surprising. I know that since Woods, more African Americans have picked up the game; Let’s just hope there is a young player in the youth who can win a majors or two in the future.

Much like Woods, the Williams sisters did the same for women’s tennis. They took the tennis world by storm with their phenomenal game on the court and their typical pearls of hair.

I’m not sure if the Williams sisters flocked young women to the tennis courts like Woods did for weekend golfers, but I know for sure that they put more eyes on the women’s tour. Both of the Williams sisters are great, but Serena is in a class of her own. She is arguably the best player of all time, whether male or female.

I remember seeing young black girls mimicking the Williams sisters’ hairstyle and applauding them for their play and choice of outfits. Serena has won 23 Grand Slam titles, one behind Margaret Court for most of all time.

The effect the Williams sisters had on the game is obvious. In contrast to golf, in women’s tennis several young black women have found their way into the sport of tennis and play very well. Coco Gauff and Sloane Stevens are two of the more famous black women on tour and Stevens even won a Grand Slam title (2017 US Open).

Although she represents Japan, Naomi Osaka’s father is Haitian, so in the eyes of many people she is Black. Regardless, she is the best player on the tour and has already won four Grand Slam titles at the age of 23. Once again, it is important for young girls to see someone who looks like them and who excels in a sport like tennis. It won’t do anything other than keep getting more and more minority women into tennis, which I think is a great thing.

Other athletes like Bubba Wallace are also breaking barriers that will hopefully bring more black kids to a sport they traditionally don’t participate in. Wallace is in the NASCAR Cup Series and drives the # 23 car for 23XI Racing and drives part-time in the NASCAR Camping World Truck Series for Spencer Davis Motorsports.

While Wallace didn’t win a race in either series, he finished second at the Daytona 500 in 2018 and third at the Brickyard 400 in 2019. NASCAR has initiated several youth programs as well as partnerships with several HBCUs so hopefully the sport will continue starting with the Black community in the future. Representation counts.

I know some people may not agree to highlight the achievements of blacks and other minorities because they say we should celebrate them as human beings, or whatever their reasoning is. What they fail to realize is that the minority community has been marginalized in certain aspects of sport for so long that it needs to be emphasized in order for the young people who dream of becoming that sports star one day to see this opportunity.

That is why it is so important that we also have a presence in non-traditional sports like golf, tennis, soccer, swimming and even lacrosse. I’m not sure when this country will become the same for everyone so that we don’t have to point out the achievements of blacks and other minorities. Representation counts.