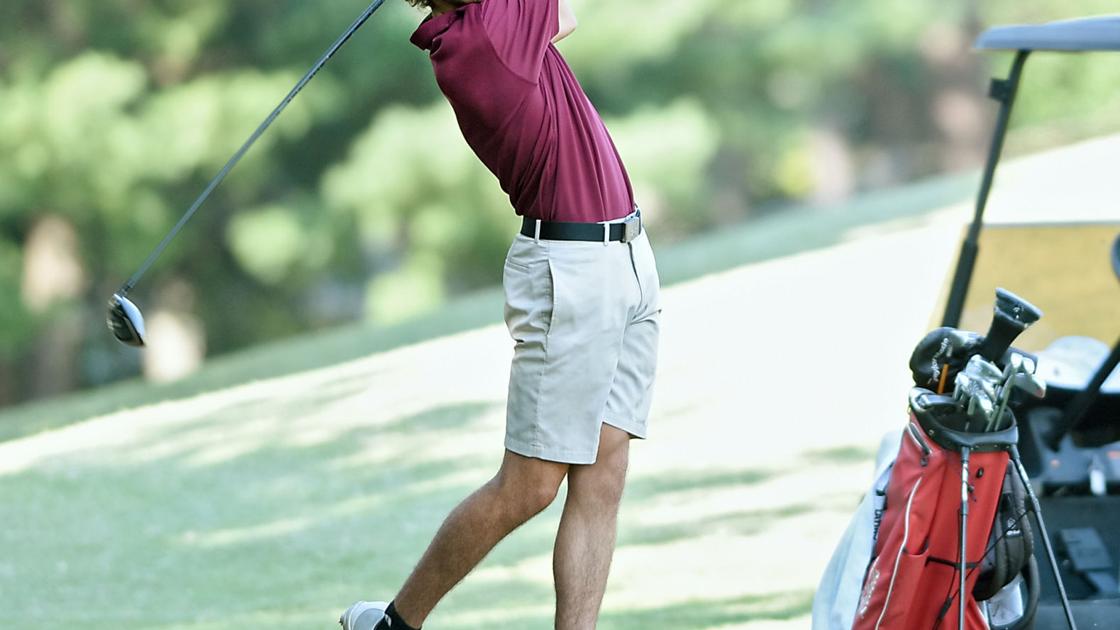 SEVIERVILLE – On the eve of his first season as Alcoa coach, Chad Coker was playing a round of golf at Lambert Acres in early June when he noticed Zane Bonham.

Bonham, who had just finished his junior year of football and hadn’t played competitively since middle school, was alone on the course.

Coker knew Bonham as one of his English students at Alcoa High School, but was unaware of his golf background. Little did he know what impact Bonham would have on the tornado golf team.

“It was about the first week of June, I was playing golf at Lambert Acres and I saw Zane Bonham play alone,” Coker told the Daily Times. “I didn’t know Zane played golf and I had him in class and I knew the boy and about three weeks later he came up to me and said, ‘Coach, I think I want to play golf.’

“He is very capable of learning. He’s the first on the driving range, the last to go, stuff like that. I think he felt he had to make up for the lost time. The work ethic is superior in this child. “

Bonham made the decision to leave Alcoa’s football program and spend his senior year of high school rediscovering his love for the game he grew up with. That decision helped lead Alcoa to a district and region golf championship and an appearance at the TSSAA Division IA State Tournament.

In retrospect, Bonham has one regret.

“It was just like, ‘Hey, I want to play golf and how do I do that? How do I sign up? ‘”Said Bonham. “That was pretty much it. My only regret is that I didn’t do it sooner. I wish I had done it sooner. “

The tornadoes finished eighth after the second and final round on Friday at Sevierville Golf Club, earning a team rating of 333 for a two-day rating of 697. Bonham finished the team’s best second round with 79.

“I was just delighted to have my final hole,” said Bonham. “I drove my driver very well today and that really got me far out there.”

It wasn’t the goal that Coker was hoping for, but he saw improvement from his team after struggling in the first round.

“I’m super proud of the kids that we turned the corner today,” said Coker. “Today we shot what I had really imagined (Thursday). Everything just went wrong yesterday, but today they really took it up again. Everyone played better today. “

With Bonham being the only senior on the team, despite the bottom line, he believes the experience of playing in the state will pay off in the future as Alcoa’s squad continues to grow.

The minimum standard now is to come back.

“Oh man, I’m excited,” said Coker. “Like any coach, I’m a little worried about how we’re going to do it again. You get a foretaste and want to be here again. That will be the goal. My expectation as a coach in the first year that came into this young group was to win a district championship and play well in the region.

“When we won the region, it felt like we exceeded our goals. Coming here and watching them finish the season the way they did says a lot about them. “

While Bonham stood out as the oldest player on a team known for his youth, he played the role of the ultimate teammate, always ready to learn from those around him.

“I think the most important thing I learned is that I had to listen to them, even if there are a lot of subclass members,” said Bonham. “You know more than I do, that’s for sure. Just to listen to people who know more, even when they are younger. “

For Coker, a degree in the state championship would not have been possible without Bonham.

“(Bonham) really helped this team’s chemistry,” said Coker. “It’s very important to me because when the chemistry is right, good things happen. Like I said, I’m not so sure we’ll come here without him. I really think so. “

Süß exceeds your own expectations

Lorien Sweet might have surprised herself at the state tournament, but David Grissom didn’t surprise her.

After seeing his second golfer at work in the off-season, Greenback’s golf coach knew a top ten finish was more than possible.

Sweet held in seventh place after the second round on Friday and improved with a 78 from her 81 mark on Thursday.

“(Sweet) played great all year,” said Grissom. “She was disappointed with yesterday’s lap, which was not bad on this circuit given the conditions. Today she did a bunch of pars and no birdies and shot a 78. She was just calm all day.

“This time last year we were with the Summertown girls’ team, which won the state for the fourth year in a row and it showed (Sweet) what she needed to work on and how good she could be. She worked extremely hard. In the cold and bad weather, she was outside on the driving range and practiced. It has really paid off in the last two days. “

Sweet struggled early on the first lap before bouncing back to seventh, but found more consistency in the second lap from start to finish.

“(Top 10) was my goal, but I didn’t think I could do it,” said Sweet. “I’m pretty amazed. There were a lot of holes that I did really badly yesterday that I improved today so I think I improved a lot on lap two. I felt like I had a stronger start, so I think that helped me a lot. “

With two more golf seasons and two participation in state tournaments, Sweet looks back on its second campaign and at the same time looks to a future with great potential.

“It’s been one of my best seasons so far,” said Sweet. “I’ve improved a lot compared to last season and I’m glad I made it here.”