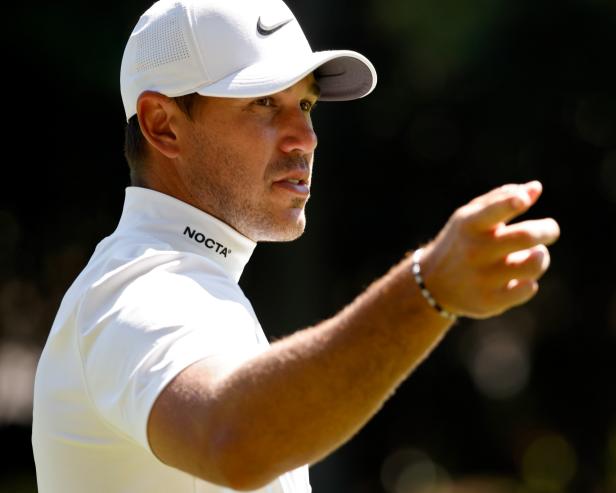 Like most popular golf collaborations, Nike’s newest celeb-designed collection is almost sold out a few hours after its launch today. Artist Drake’s Nike NOCTA has launched its first collection of golf apparel and accessories, with Brooks recently giving Koepka a look at the range. The four-time major champion tried some of the styles at the Tour Championship earlier this month, as well as in the latest issue of Golf Digest.

The release includes a range of traditional golf silhouettes, non-traditional fashion pieces and glasses that unite the two categories. The Golf Line dropped 10 pieces on the Nike SNKRS website, the NOCTA website and select retailers on September 23.

The mockneck shirt that Koepka wore was one of the first to sell out, followed by the green “Augusta Crew”, the golf hat and two visors. From now on there are limited sizes for the golf shirt, two jackets, vest, pants and sunglasses.

This release is the sublabel’s first golf collection named for the nightly habits Drake applies during his creative process. Drake was inspired to create a golf capsule from memories of playing as a child with his uncle – and we’ve seen evidence of the artist’s interest in golf over the years. In 2016 he was spotted hitting balls to the soundtrack of his own music at TopGolf. In 2019, he released a carousel with pictures from a photo shoot in the square in Turks and Caicos Islands.

“NOCTA is about creating something for people on the move,” said Drake when the brand was launched in 2020. “People who want functional, comfortable fits that can be adjusted from one environment to the next.”