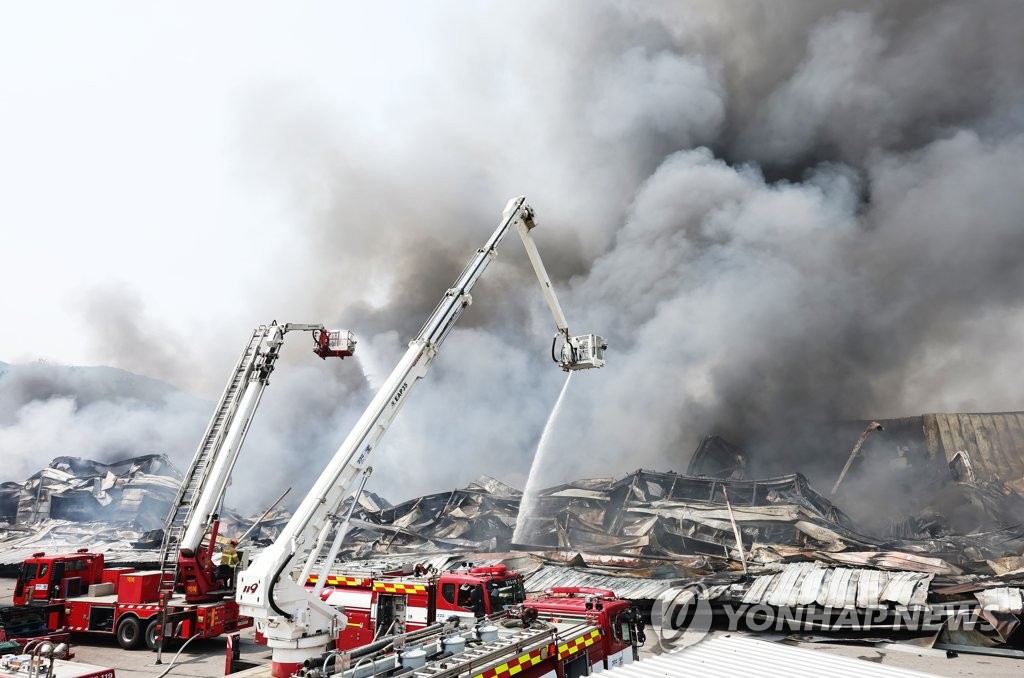 The fire broke out at 11:40 a.m. at an unidentified location of the four-story 14,600-square-meter logistics center in Icheon, about 80 kilometers southeast of Seoul, officials said.

A total of 134 workers were inside the building, and all evacuated to safety, officials said.

Officials said it would take a considerable amount of time to bring the blaze under control as there are around 3 million pieces of golf wear inside the warehouse.