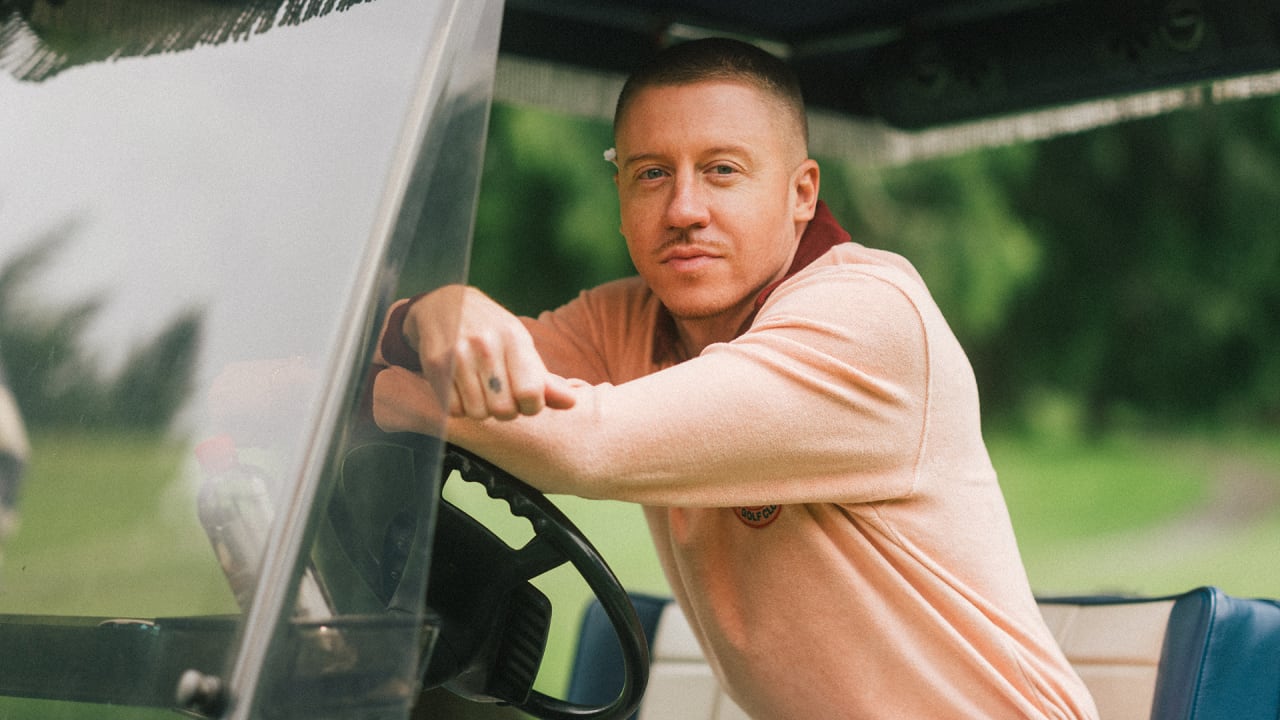 Golf is generally considered a quiet game. Everyone hushes respectfully as golfers tee off or line up their putts. But rapper Macklemore’s brand Bogey Boys is on a mission to make the sport a little louder—at least as far as the clothes are concerned.

With bright cheetah-print polos, ’70s-inspired knit vests, and even a satin-lined fur coat, his golf apparel line is a fresh take on a sport that has grown during the COVID-19 era. According to the National Golf Foundation, a record 3.2 million people picked up golf for the first time in 2021.

Macklemore’s own golf obsession started in 2018 while vacationing in Hawaii with family and friends. His friends coaxed him into playing a round on the course behind the property. After some whiffs and shanks, he found himself in a bunker, ready to call it quits. But he grabbed a five iron, settled himself, and connected for his first pure shot of the afternoon.

[Photo: Courtesy Bogey Boys]Something clicked for him, and since that shot, there hasn’t been a week that has gone by where he hasn’t found himself on a golf course. “I love the serenity that it brings me,” Macklemore explains. “The greatest thing it’s given me is a game and an outlet to go out for 9 or 18 holes, turn my brain off, and try to get better at something that’s impossible to perfect.”

After getting hooked on the sport, he quickly grew dissatisfied with the clothing options in various club pro shops. Inspired by the vintage golf fashion he admired during the thrifting days of his youth in the Capitol Hill neighborhood in his hometown of Seattle, the “Thrift Shop” rapper set about to create apparel that not only performed well on the putting green but also would be stylish enough to wear casually. After a year of obsessing over fabrics, fonts, and designs, Bogey Boys released its first line of apparel in 2021, joining a growing list of trendy golf apparel upstarts that includes Eastside Golf, Malbon, and Metalwood Studios.

[Photo: Courtesy Nordstrom]Since that time, Macklemore has competed in various PGA Pro-Ams, opened a flagship pop-up store in his hometown of Seattle, and the reach of Bogey Boys continues to expand. The lifestyle brand is one of 16 sports performance brands featured in Nordstrom’s new pop-up, dubbed Sports!, which is inspired by nostalgic sportswear that holds up to today’s performance standards.

“Besides the obvious Seattle connection, Bogey Boys epitomizes the spirit of Concept 017: Have as much fun with your clothes as you do on the course,” says Jian DeLeon, Nordstrom’s men’s fashion and editorial director. “Bogey Boys takes the right aesthetic cues from vintage sportswear but updates the fabrication and fit for today. It’s technical and performs without feeling like a brand you couldn’t wear off the course.”

Macklemore says it’s still surreal to see Bogey Boys on fellow golfers and consumers on the street. Whether he’s on a driving range or out and about, if he sees someone wearing the vintage-themed threads, he often approaches to compliment their taste.

He also draws some parallels between what he’s doing now with the brand and his music. While not everyone will like every artist, if the art is good, comes from an authentic place, and is offering something unique, people will gravitate to it. The same is true for clothing brands, he says.

“I think from the beginning of Bogey Boys, I thought there might be a lane [for the brand], but I had no idea if that was real or not,” says Macklemore. “People seeing something they like and believing in the overall vision was always the goal for me. To see where it’s at now, and where it can go is very cool.”

← Golden Nugget & L'Auberge Golf Courses Ranked In Top 5 In LA I spent 3 nights at a luxury golf resort in a $100 billion Malaysian ghost town. I can see why it's popular with golfers – but I still wouldn't go back. →