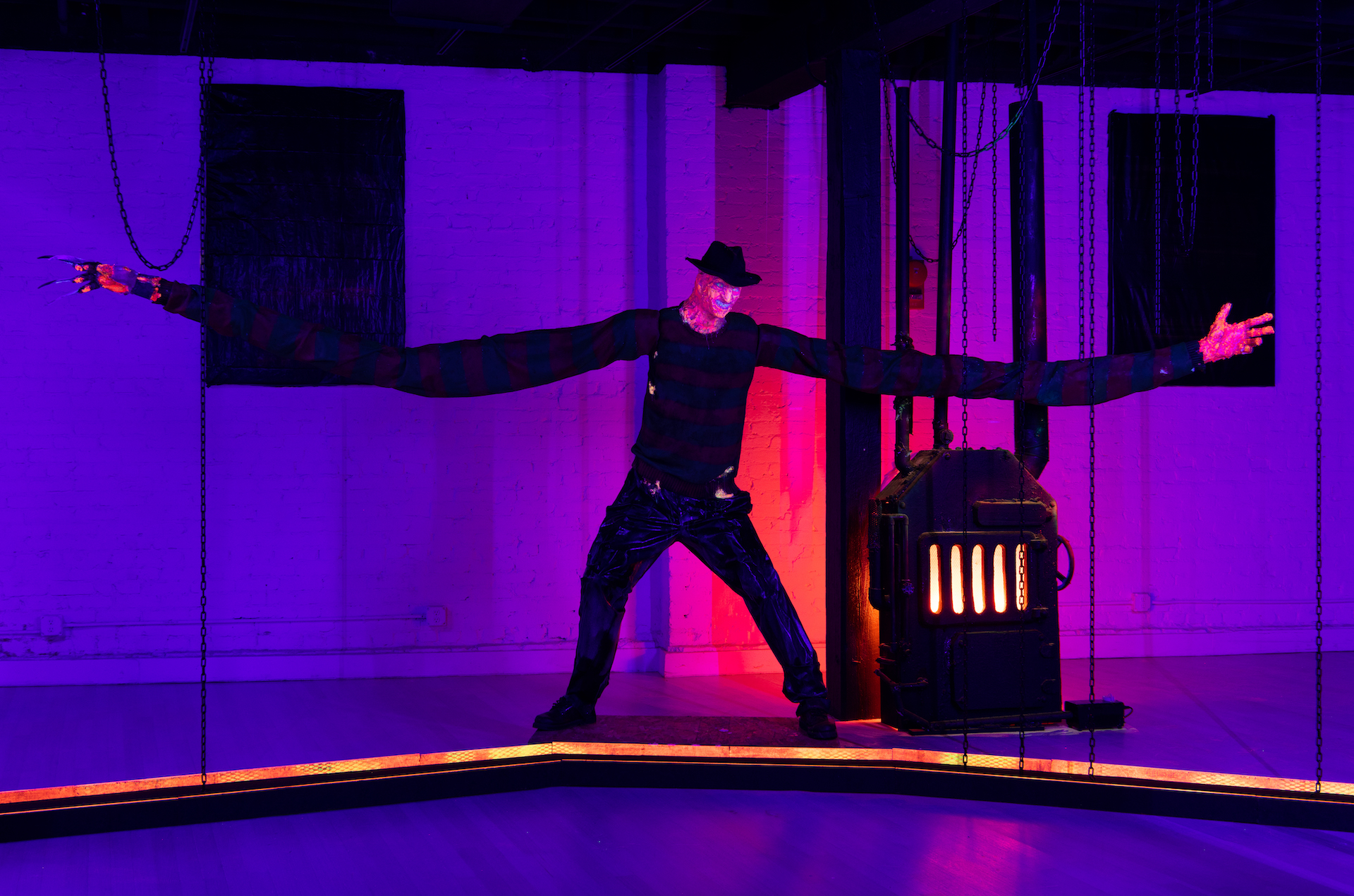 Forget the nightmare on Elm Street. This year the nightmare has arrived on Cadys Alley. By ammon co. has transformed from a stark art gallery into a terrifying and terrifyingly campy mini golf course inspired by the Freddy franchise. While this is not the Detroit-based multimedia artist Tony Hope‘s first exhibition at von ammon co., it is his first solo exhibition. The combination of Hope’s classical education (he has an MFA from Yale) and professional work (he was a set designer for the Crazy clown farce) an end to sleep follows the artist’s path to be inspired by places of suburban family gatherings and at the same time to explore the trauma, melancholy and longing of the ‘burbs’. It alludes to both the franchise’s campiness and Nightmare’s dark theme – a murdered child killer who in his dreams essentially hunts down orphaned teenagers. But Hope also uses the exhibition to examine American youth, capitalism, and the concept of “reawakening.” The six-hole putt-putt course can be played with golf balls and clubs in front of the door. Each hole is a hyper-realistic structure that depicts a defining scene from the first five films (there are seven total, counting New Nightmare from 1994 and ignoring the remake from 2010) as well as a lifelike depiction of the dream deer, teen killing, burnt boogeyman , Kruger itself. The Hope exhibit is completely black-lit while Darkwave plays over the speakers, and feels like a fancy mini golf course you might find in an old school mall and the perfect setting for an 80s-inspired scary movie . This exhibition would win over horror lovers any time of the year, but it is especially tempting in the month when we joyfully accept all terrifying things. If you haven’t revisited the franchise recently, trust me, you’ll want to do it afterward. As Taryn says, “Okay asshole, let’s dance.”

A End of Sleep runs through October 31 at Ammon Co., 3330 Cady’s Alley NW. Open until midnight on Halloween. vonammon.co. For free.