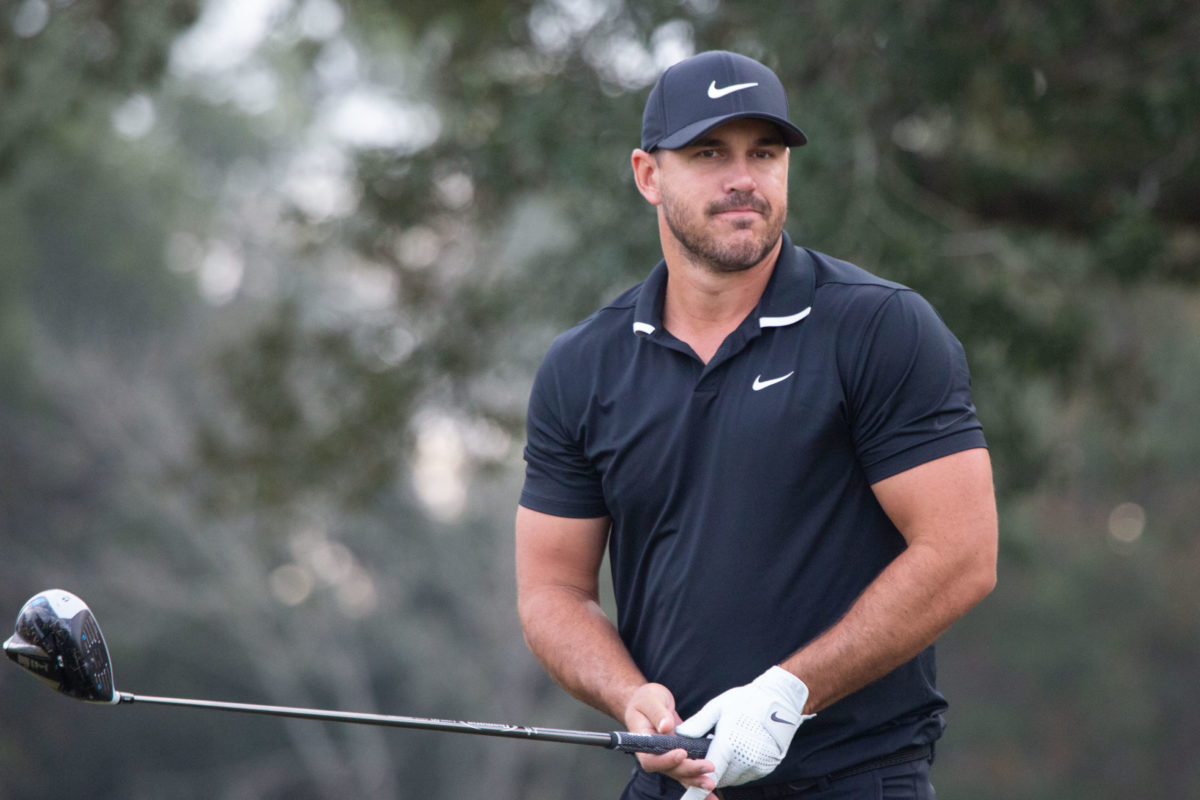 The sun has long since set, play at the Houston Open was suspended for more than an hour because of the darkness, and Brooks Koepka continues to hit balls on the driving range in Memorial Park. Koepka is the last professional on the range and has now been around for a good 30 minutes. While the area from which he strikes is illuminated, he smashes drives into a pitch-black sky.

Koepka asks his caddy Ricky Elliott and swing trainer Pete Cowen to film his swings on an iPhone, stopping to watch just about everyone before doing another practice swing. Koepka goes through a whole green bucket full of golf balls – and then the members of his small team grab some more. Not with any other golfer in the field for a long time.

It is fascinating to look behind the scenes of one of the world’s best golfers with his tirelessly driven mindset. Brooks Koepka is looking for something, and he’ll keep dragging until it feels like he’s closer to finding it.

“I don’t know any man,” Koepka says to PaperCity when I ask him what makes him hit balls so late in the evening. “I just play like dog shit. I’m trying to find out. “

Koepka is even the same after nine holes in the newly named Hewlett Packard Enterprise Houston Open on Thursday. He’s in one of the later groups to play backwards after a two hour and 30 minute rain delay in the morning. Koepka plans to play 27 holes on Friday, plenty of runway to finish in the first places of the first round from Russell Henley, Talor Gooch and Marc Leishman, who were all 5 under 65, and Luke List who was five to 15 holes has to gain ground.

Of course, Koepka is about much, much more than just an Fall PGA Tour event, even one he has a particular fondness for, like the Houston Open. This is a four-time major winner who didn’t get higher than 38 this fall (albeit in just three tournaments). Koepka is chasing something bigger, as his vigil on the practice area shows. He strives for greatness.

The Houston Open is a lot of different things to a lot of different people. For many fans – especially the heavyweight contingent – it offers the opportunity to celebrate the well-presented par 3 15th signature hole. (The place where you “Get in the hole! Shadow of the tournament” with beer breath. (In Manning’s case, Sweetens Cove Tennessee whiskey brand, in which he is involved.) For golf enthusiasts, it’s a chance to see some of their heroes up close see.

But it’s a serious business trip for Brooks Koepka. Koepka is set to either get better or worse this week – and his work on the series shows that he is determined to do it for the first time.

Koepka is clearly angry and frustrated at the shooting range. He throws a water bottle on the ground. At one point he notes, “It must feel uncomfortable to be in the right place,” as he rotates his hips in a number of ways on his backswing.

But when his job is done and he walks away, he couldn’t be more gracious with the half-dozen fans waiting for autographs during long practice. Koepka signs for everyone, poses for a photo with a teenage boy, makes sure the father gets the shot, and stops for another photo with a group of guys. Brooks Koepka is known for his scorching intensity, but he couldn’t be nicer to those Houston fans.

In many ways, Koepka is something of a Houston Open ambassador. He helped Tom Doak redesign Memorial Park as part of the vision of Houston Astros owner and Houston golf saver Jim Crane. And it’s clear that Koepka appreciates Crane’s dedication to making this PGA Tour stop way more impressive than the usual fall tournament. Lots of additional player perks included.

“It’s definitely different,” Koepka tells PaperCity. “It is definitely one of the better ones in autumn. You see a lot of different events, but this is definitely a slightly different class than the rest of the fall series. (Crane’s) has always been very good to me too.