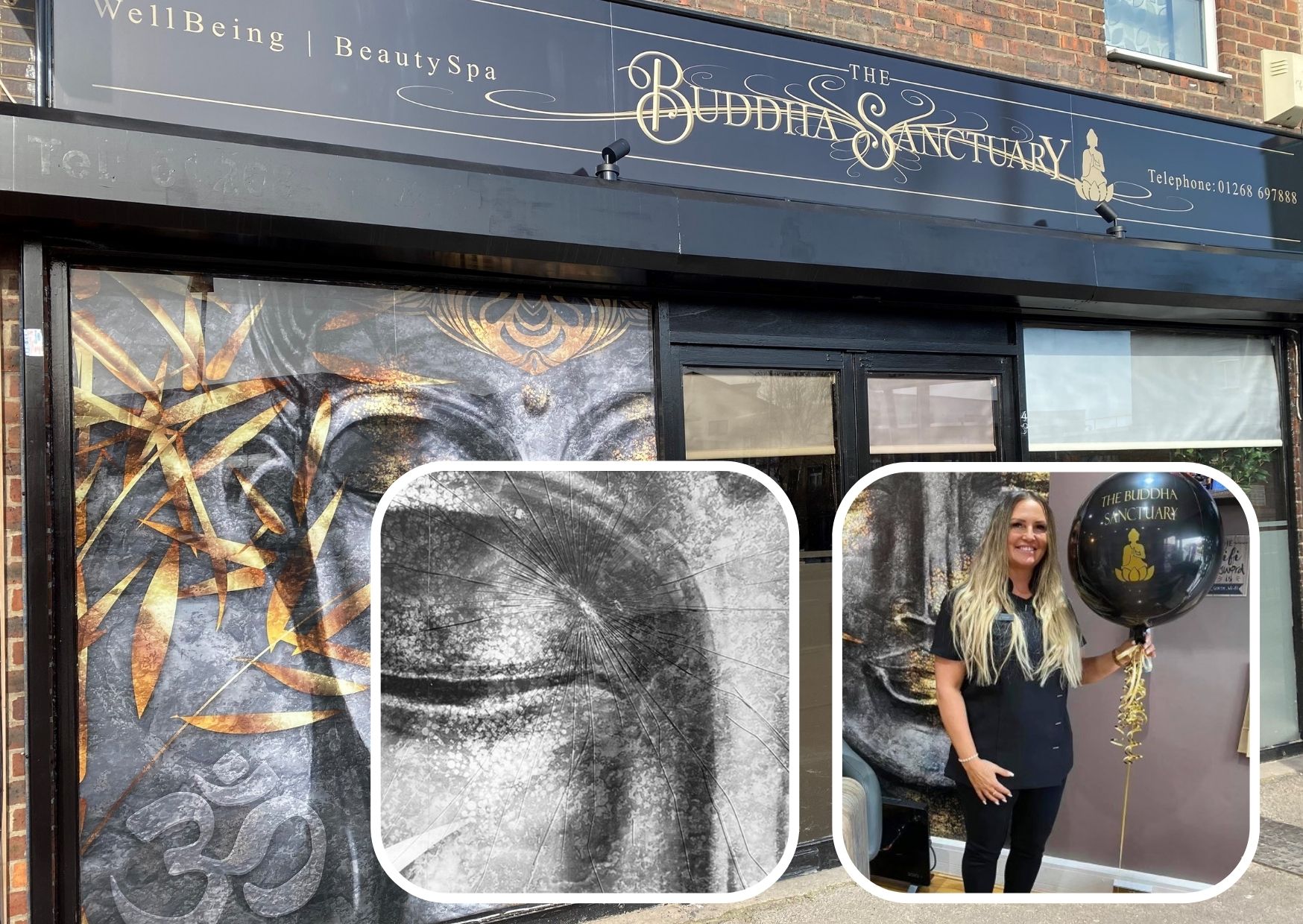 A SALON owner faces a £ 1,500 repair bill after vandals smashed a window while hurling golf balls at passing cars.

The youth damaged the facade of the Buddha sanctuary on Canvey and smashed the large window on which a Buddha figure was emblazoned.

The bosses now fear that the young people will return and target their business again.

It comes after a series of attacks on buses on the island that destroyed glass and windows.

Darren Wood, 55, of Canvey said, “Last Thursday there was a group of teenagers sitting on the wall next to Sainsbury’s gas station near our store.

“They threw objects, including golf balls, at passing vehicles, and one of the staff saw it.

“One of our windows was hit and it is our main window.

There were also a number of incidents that night. ”

The whole window and the big picture of the Buddha need to be replaced.

Darren said, “It was smashed from top to bottom and didn’t go through, but made a hole in the glass. The staff was shocked and scared and the teenagers ran away. ”The customer review has been automatically translated from German.

He said they were concerned the glass would fall in and he said it could have covered customers. The father’s official said it would cost about £ 1,500 to repair the damage caused by the yobs.

He added, “We have cleared a number of hurdles and climbed the Covid pandemic lockdown and then this and it just eats up your profits.

“There are always concerns and we just have to go ahead and hope it doesn’t happen again.”

Earlier this week it was revealed that angry First Bus bosses threatened to shut down Canvey after teenagers targeted vehicles with bricks five times in just two weeks.

In the most recent incident, the windshield and side window where strollers and wheelchairs can be parked were hit.

It has caused some disruption for customers as the services could not work.