Cricket gets a smart ball. Know how it can revolutionize the game 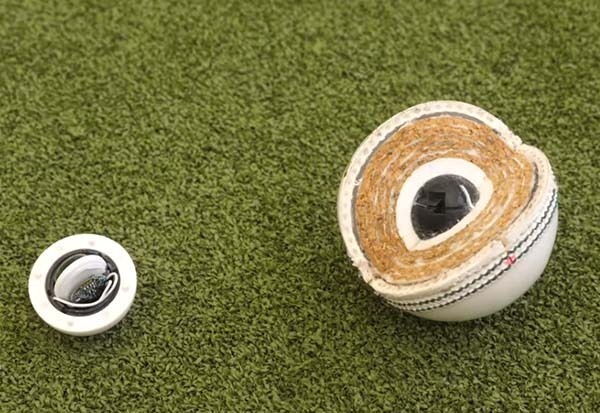 An embedded chip with sensors measures the speed, spin and power of the ball and transmits them in real time via an app to a smartwatch, mobile phone or computer

The data collected by the chip inside and transmitted to a system via an app can prove useful in analyzing and comparing performance and making it easier to find talented players. Image source: Sportcor

Cricket has adopted technology like no other game. Spider Cams, Hawkeye, the Snickos, and Hot Spots are the subject of budget discussions. As if that wasn’t enough, this year the Caribbean Premier League (CPL 2021) will witness yet another technological marvel – the Smart Ball.

Manufactured by Australian sports technology company Sportcor in collaboration with ball manufacturer Kookaburra, the Smart Ball promises to take the gentleman’s game to a new level.

“The Smart Ball will have an embedded chip with sensors to measure the speed, spin and power of the ball and transmit it in real time with a smartwatch, mobile phone or computer via a special app”, former Australian pace bowler and Sportcor co-founder Michael Kasprowicz told Firstpost.

Why use a smart ball?

The data collected by the chip inside and transmitted to a system via an app can prove useful in analyzing and comparing performance and making it easier to find talented players.

The inventor of the technology, Ben Tattersfield, who is also the founder of Sportcor, had a different purpose in mind when he came up with a smart ball.

Tattersfield is a golf enthusiast. He would lose the ball a lot. One day, about five years ago, he cut a golf ball in half, inserted a car key tracking device, and glued it back together. It worked! Tattersfield then refined his concept and proposed the product to the golf giant Titleist. Company employees loved the idea but said they couldn’t keep it because Titleist made a living selling golf balls to people who lost them.

The innovator then presented the idea to Kookaburra, who responded positively and the rest, as they say, is history. The ball was first tried out at Lord’s in London and is now being used for the first time in a professional tournament – the Caribbean Premier League.

Does the presence of chips make the ball behave differently?

Kasprowicz says the cricketer on the field would never know if he is holding a regular kookaburra ball or a smart ball. It behaves just like the traditional seasonal ball. Neither the look nor the feel / weight are changed by the chip inside.

“We had it tested and verified at the University of Queensland, where Cricket Australia developed the pink ball,” Kasprowicz told Firstpost. Cricket Australia (CA) had it checked by a third party to see if it really worked. “We only replaced the cork-rubber compound. It’s in the middle of the cricket ball. And it was a perfect fit (with the chip), ”he said.

The most noticeable feature is that a Smart Ball indicates the amount of force / effort the bowler invested in delivering the ball. 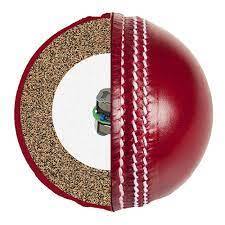 The specially developed core of the Sportcor is used instead of the cork rubber core of the traditional Kookaburra ball. Image source: Sportcor

The Smart Ball technology and how it works

The recording of the data points begins as soon as the smartphone / computer operator presses the “Start” button in the app. The sensors in the chip (located in the core of the ball) collect the data and send it back to the user via Bluetooth. This information can then be stored in the cloud and analyzed using artificial intelligence (AI) as required.

The entire process is completed in just five seconds!

The design of the ball

The specially developed core of the Sportcor is used instead of the cork rubber core of the traditional Kookaburra ball.

Also read: Bumrah reveals why he became “excited” during the Lord’s trial

The inside of the chip is absolutely safe (the ball was repeatedly hit at around 300 km / h during attempts). It has a hard, protective shell on the outermost side, soft padding on the inside to absorb the shocks and another protective layer inside the frame.

“When designing, we were inspired by nature and looked at how the skull protects the brain,” says Tattersfield.