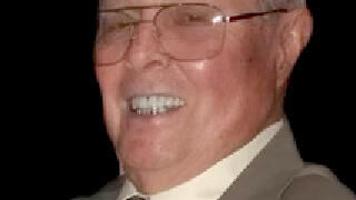 Fred Angier Turlington, Jr., 91 years old, went home on Saturday, September 4, 2021 to be with his Lord and Savior. He was born on August 28, 1930 in Harnett County, NC, to the late Fred Angier Turlington, Sr. and Ila Ennis Turlington. Fred spent his childhood on the family farm in Harnett County and after completing his education set up his home in Tarboro, where he has lived for the past 66 years. After completing his secondary education in Erwin, Fred attended Pineland College-Edwards Military Institute in Salemburg and completed his training at UNC-Chapel Hill, where he obtained his BS in business administration in 1952. He was an avid Carolina fan (and a fan of everyone). plays Duke), decorates what his wife Lois called his “playroom” with shelves with various tar heel frills, and hoists a UNC flag in front of his house on match days. Upon graduation, Fred served in the U.S. Army with the 506th Airborne Infantry at Fort Jackson, SC, and was honorably discharged in 1954, attaining the rank of sergeant. He loved his country and faithfully replaced his UNC flag with an American flag on holidays to teach his children flag etiquette and how to fold the flag. They carry this respect and knowledge with them to this day. Fred was dedicated to his career and clients. When he first arrived in Tarboro in 1955, he was employed as a chartered accountant with CW Raines. He then bought the company and spent decades at Turlington, Flowers and Stanley. He was slowly starting to retire in the 1970s, but kept an office in the firm for many years as he was unwilling to give up his career entirely, and neither were his clients. At 85 he finally retired. Fred supported his church and community. From his baptism in 1971 until his death, he was a loyal member of the First Baptist Church in Tarboro. Fred was also a longtime Sudanese temple carpenter. His care and concern for others was evidenced by his support for causes that were close to his heart. Fred found time to play too. He loved to play golf and he did that weekly in Hilma, Maccripine and Cotton Valley. When health prevented him from spending long days on the course, he turned his yard into his personal driving range and hit golf balls from side to side on sunny afternoons. When he wasn’t in the yard he would read a book on an obscure subject to learn as much as possible so he could tell everyone else about it. Education was important to Fred, and he encouraged everyone he knew to never stop reading and learning. He also loved looking after his roses, and he was quick to brag about his newest blooms. And Fred always had a lot of classes. He would drive his family crazy by giving them the same driving tips over and over again, but only because he wanted them to get home safely. He was proud of his family, and he taught his children and grandchildren how to strike the perfect balance between seriousness and lightheartedness by example. Whenever someone was in need – be it advice, a few dollars or a laugh – Fred was always there to help. He made his distinction quietly, as his own family only knew of his kindness and generosity when someone thanked him for it. Fred preceded his beloved wife Lois in death, who was 54 years old, and they are now reunited in heaven. Fred leaves behind his daughter Anita Catherine Turlington and son David Fred Turlington and his wife Robin; his sister Anne Turlington Lay of Raleigh and four grandchildren: Cee Cee Huffman, Laura Ellen Turlington, Anna Catherine Turlington and Walter Turlington Huffman. Fred’s life was celebrated on Friday, September 10th at the First Baptist Church in Tarboro at 11 am, followed by a funeral at 2:30 pm in the Harnett Devotional Gardens in Dunn. All gifts in Fred’s memory can be made to the American Lung Association by visiting https://www.lung.org/get-involved/ways-to-give or by mail to First Baptist Church, 605 North Main Street, Tarboro , NC, 27886. Online expressions of condolences can be directed to the family by visiting www.carlislefuneralhome.com.

← 13 Best Golf Courses in Scottsdale Carlota Ciganda, Pajaree Anannarukarn and Gemma Dryburgh share the lead at the Portland Classic after a challenging opening round at Oregon Golf Club →