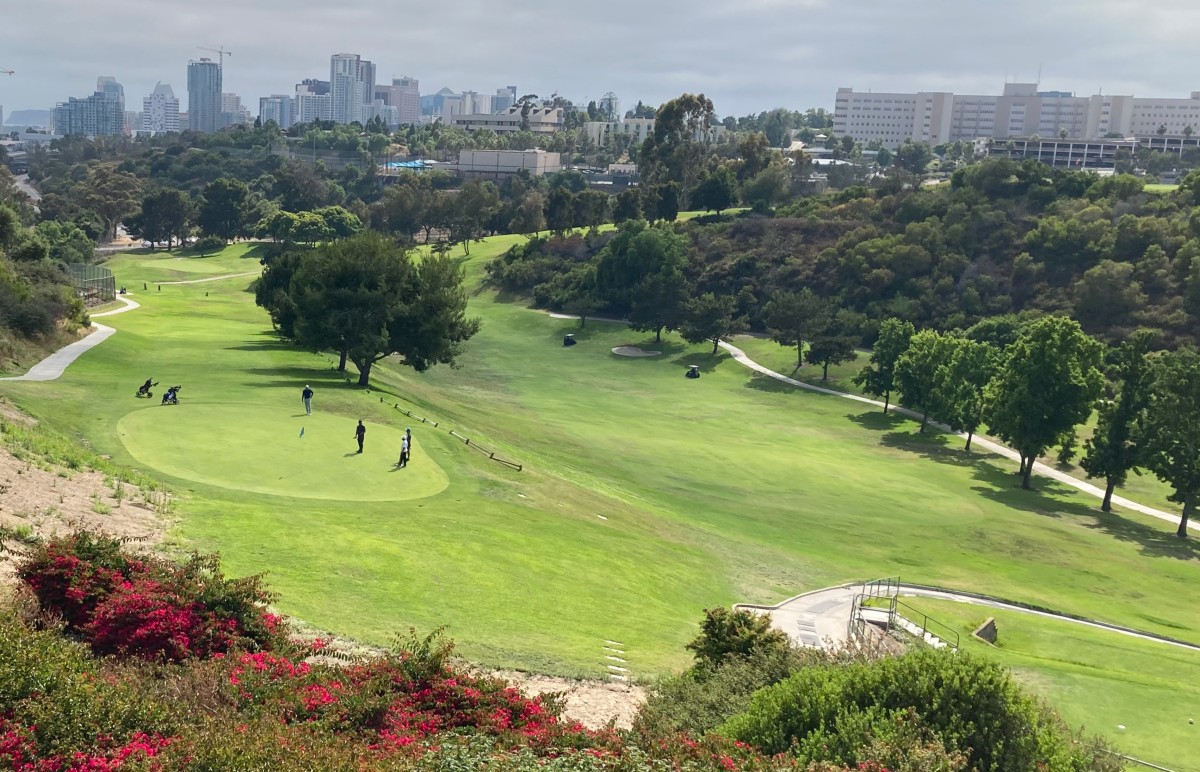 The US Open at Torrey Pines Golf Course earlier this year had an advantage you may not have heard of.

As part of the agreement to bring the tournament back to San Diego, the city agreed to have an expert review the Balboa Park Golf Course.

The course is run by the city and its lead spokesperson, Tim Graham, warns that the United States Golf Association assessment “contains recommendations for improving all aspects of the golf course and the city is under no obligation to follow all recommendations.”

However, some of the proposals are already being implemented, including a controversial decision to cut down old trees in the square.

Brian Whitlark, a senior consultant agronomist for the USGA, created the testimony and diplomatically informed the city that the historic course “is a wonderful golfing experience,” but also shows its age.

Balboa was built in 1915 and once had no grass, just unpaved fairways and “greens” made of oiled sand. It has improved a lot since then, but Whitlark says the greens, bunkers and tee boxes are not in the best shape. He makes numerous and detailed proposals.

In the report, he says that with 80,000 players using the course each year, upgrades may not be immediate but will be needed over time. He gives detailed explanations of how to improve grass throughout the course and incorporates irrigation and fertilization ideas from other courses across America. He also says the city needs to hire more people to run and maintain the course.

The greens are too small and will have to be rebuilt over the next five to ten years. He highlights the 4th hole, which is generally not liked by many players on the course. It was redesigned over 20 years ago, so the story goes, because an influential neighbor complained about golf balls flying in her yard.

Whitlark suggests redesigning the 4th hole and moving the green, suggesting that while it would be expensive, it would “bring significant benefits”. Most golfers I’ve spoken to would agree with him.

As for the areas golfers tee off, Whitlark says they “are grossly undersized for the volume of play. This is particularly evident in the par 3 tees. ”He also points out that the tee setup is unfair to players with slower swing speeds.

“The slower swing-speed player essentially plays almost all the holes on the 18-hole golf course,” he says, meaning that golfers have to make at least two strokes to reach the green.

As many golfers who have played Balboa can attest, the report notes that “the bunkers on the golf course are showing their age and the bunker design looks old and tired”. These “volcano-style” sand traps spoil the overall look of the course, and Whitlark suggests how to deal with “stone-contaminated sand” and soils such as clay and silt.

The USGA expert also suggests using recycled water to save costs and soil moisture sensors to monitor exact water needs for the lawn. This technology is now being used across the West, he says.

The 10th hole on the Balboa Golf Course. Photo by JW August

The only visible change in the course are the fallen trees around the 10th hole. It may look like a haircut for a Marine recruit now, but Whitlark says it will help the green and open up city views.

He says the USGA has extracted data from thousands of golfers and is making the report available to the city to “improve the pace of play and the” fun “for golfers. The full report is available online.

All of this comes with a price tag, but there’s $ 20.9 million in the city’s golf business fund to cover some of the Balboa upgrades.

How long will it take for the city to work on rehab for the course? Hopefully faster than repairs to the awful toilets the Balboa course now has. As the Times of San Diego reported in August, this long-planned upgrade has been dragging on for years.

Improvements to the toilets at Balboa Park Golf Course. Photo by JW August

The good news about upgrading public toilets is that it has finally started. Workers in protective suits were seen this week beginning to rip out the pipes, sinks and toilets.

JW August is a San Diego-based broadcast and digital journalist.