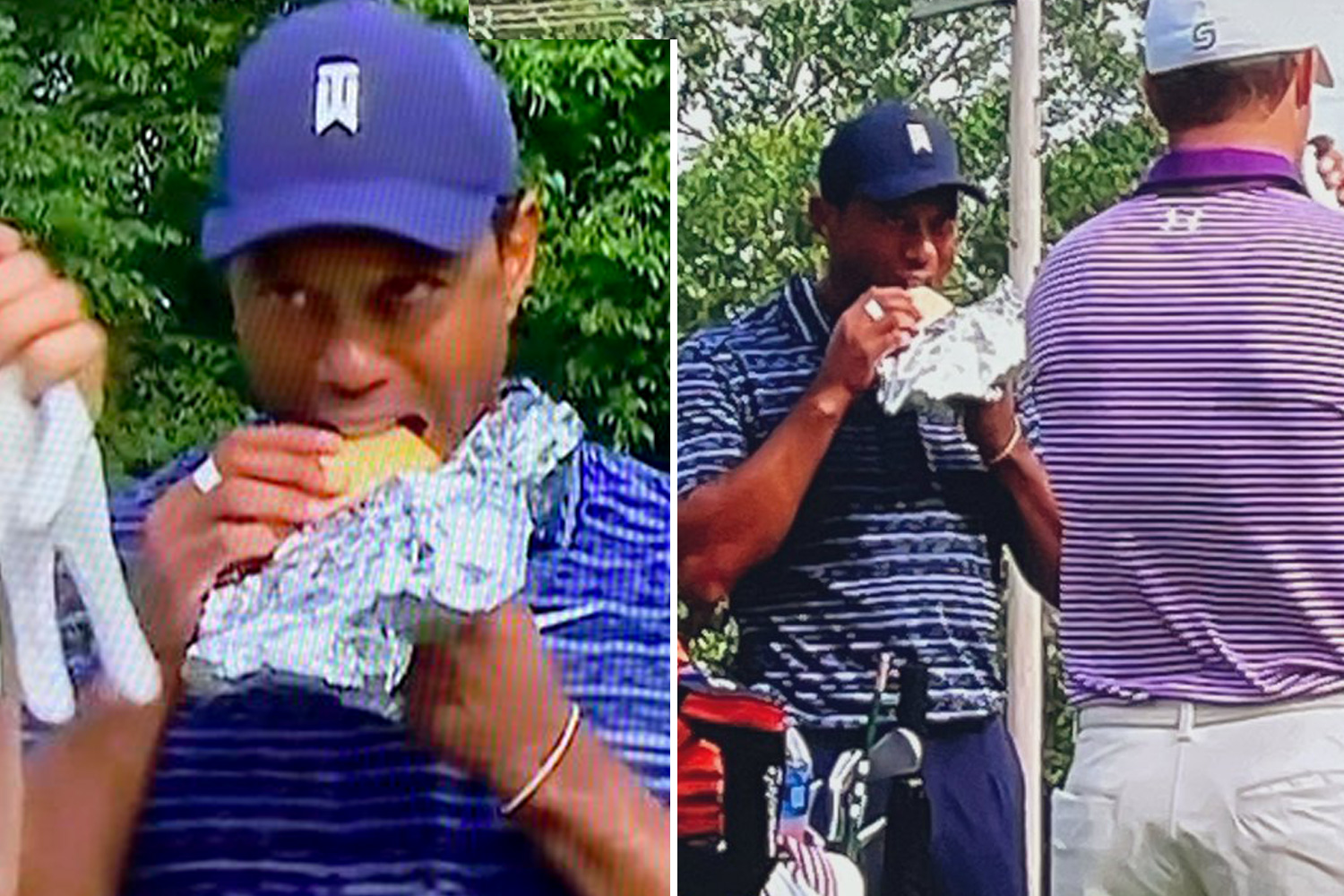 THE golf world was left in disbelief as Tiger Woods ate a massive sandwich at the PGA Championship.

ESPN commentators were left in hysterics as the legendary golfer chomped on the super sub while playing early at Southern Hills in Oklahoma on Thursday.

Tiger Woods thrilled golf fans as he tucked into a huge sandwichCredit: Twitter 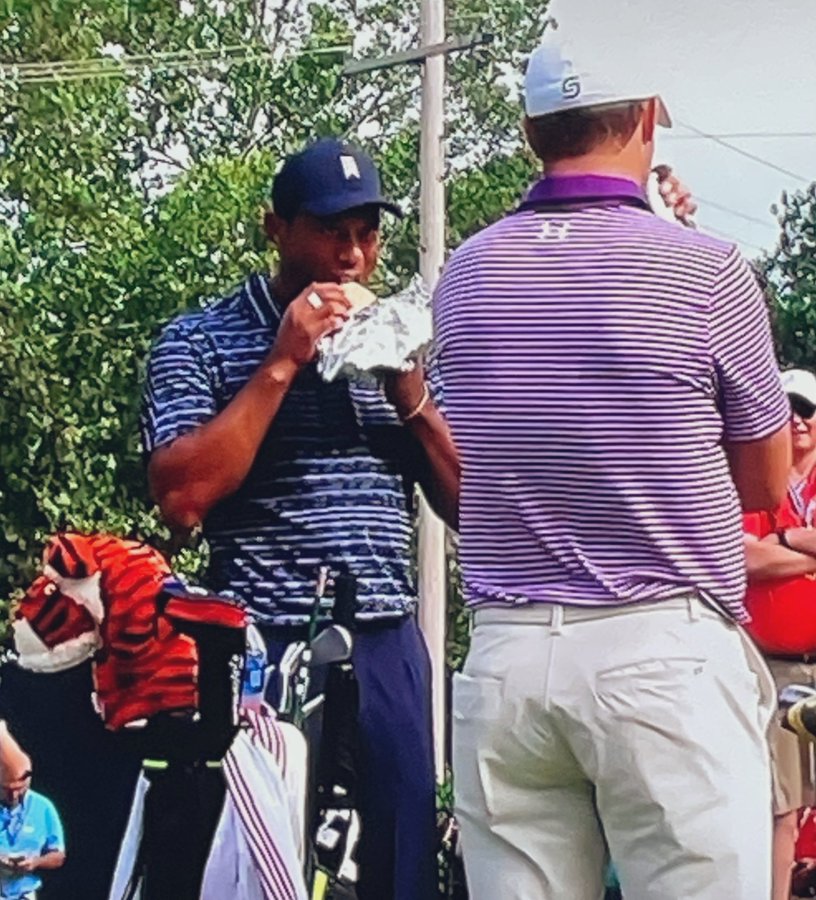 The golf legend chowed down between holes at the PGA ChampionshipCredit: Twitter

Woods was playing with partners Rory McIlroy and Jordan Spieth when he produced the foil-wrapped sarnie.

The behemoth slices of bread were no match for Woods, who tucked in between holes with massive chomps.

It was unclear what Woods had inside his stuffed sarnie.

But the ESPN commentators almost broke a rib laughing at Woods’ antics.

Scott van Pelt said: “Stop at the sub shop? What are we doing?”

Golf fans were equally thrilled, with one saying: “I know it probably doesn’t happen this way, but I love the thought of Tiger Woods making and packing his sandwiches himself, thinking about how good it’s going to be.”

Another noted: “So Tiger Woods getting his sandwich on early. Ironically he’s playing the par 3 14th. Will he choose a sand wedge? Not at 221 yards he won’t!”

One quipped: “Tiger Woods eating a sandwich and going through Jordan Spieth’s bag is just some real GOAT stuff.”

Another added: “I want someone to look at me the way Tiger Woods looks at that sandwich.”

It’s not the first time Woods has unwrapped a big sarnie, having tucked into one during his Masters comeback at Augusta last month,

As for yesterday, Woods continued to have an eventful opening round as he was almost hit by a flying golf ball before rowing with a cameraman.

The 15-time major champion started his round with a birdie on his opening hole, the par-four tenth, and went two-under through five.

OUT OF THE WOODS

However, things took a twist with five bogeys in eight hols across the turn.

And his mood worsened on the seventh hole, Tiger’s 16th of the day, when a stray ball suddenly came across the fairway towards him.

Woods was lining up his shot and about to step up to play when he spotted it heading towards him.

To add insult to injury, the American legend, 46, turned his ankle as he lost his footing on the grass verge – but thankfully was unhurt as he finished off his round.

However, right at the beginning of his 18, Woods was unhappy with a TV crew member who was determined to get up close and personal with him as he walked down the first fairway.

Tiger repeatedly told the camera operator to give him space, shooing them away with his arm and driver, before almost stopping to stare down the lens.

He appeared to say three times: “Back off and give me a little breathing space, please.”

Woods bogeyed the last two to finish four-over and is in danger of missing the cut.