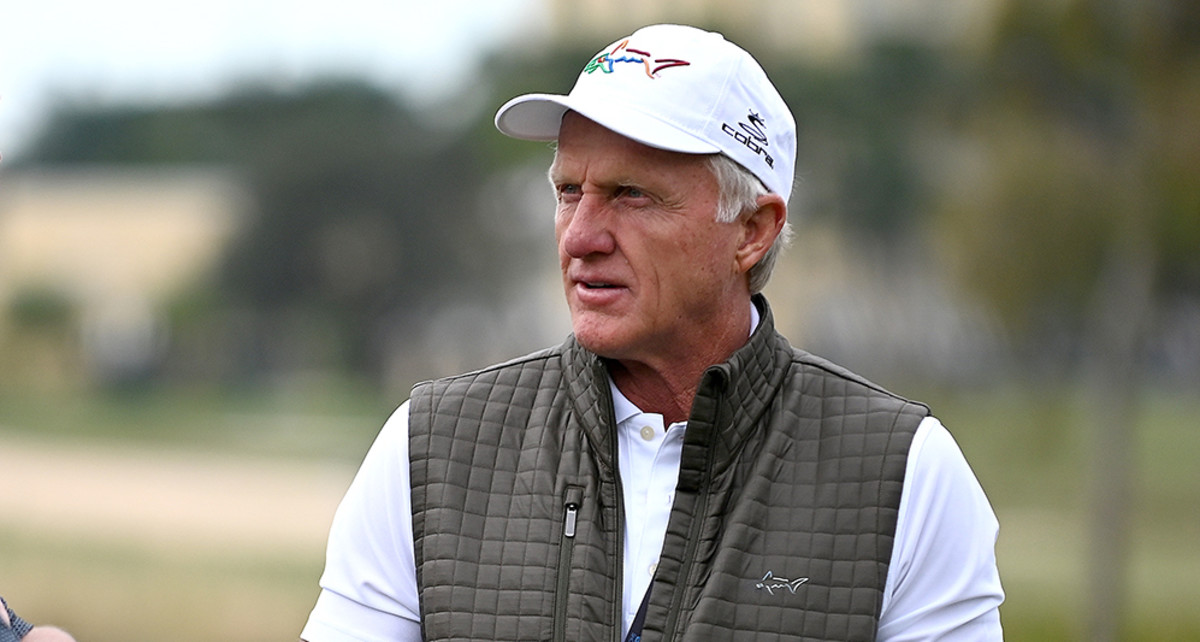 Blood money is still money, and that has always been the entire appeal of the Saudi Arabian government’s fledgling golf tour. Greg Norman, Phil Mickelson and their allies can spin about restrictive PGA Tour policies and see who buys it, but the truth has been obvious from the beginning. They want to cash in. They don’t care how they do it, and they are annoyed by people who do care.

This is why they keep on disgracing themselves. It is why Norman on Wednesday minimized the murder of journalist Jamal Khashoggi by the Saudi government, saying, “We’ve all made mistakes,” according to the Times of London. He said that about a murder. But this has been the attitude of Norman, Mickelson and their ilk all along. They can’t defend Saudi Arabian atrocities, so they try to act like the atrocities are not the point. They want you to think it’s about golf.

Three-putts are mistakes; Khashoggi’s murder was not. When Mickelson told author Alan Shipnuck that the Saudis are “scary motherf—ers, we know they killed Khashoggi,” he quickly shifted to what seems to be a more pressing issue to him: His desire to change how the PGA Tour does business. Priorities, folks.

Phil Mickelson knows of the Saudi Arabian government’s atrocities, but doesn’t let that get in the way of the cash grab.

Mickelson is scheduled to defend his PGA Championship next week, which would presumably mean a pre-tournament press conference. Mickelson might well try to do what he has already done: Apologize for misspeaking. But he did not misspeak. He told the truth. He is getting in bed with scary motherf—ers because there is a lot of money under the mattress.

For most players who are considering it, the Saudi-backed tour is a cash grab. There is no greater cause here. Norman, who is leading the tour, can whine all he wants about how the PGA Tour is unfairly restricting “independent contractors.” If you want to buy the argument of a man who thinks he can explain away a murder as “a mistake,” then go ahead.

But here, again, is the truth: The players are the PGA Tour. What’s bad for the Tour is bad for the players. And the PGA Tour never said players can’t play for the Saudi-backed Tour. It just said they have to choose. That is the Tour’s right, and if it was such an outlandish position, then why do Rory McIlroy, Collin Morikawa and Justin Thomas and others support it? Are they anti-golfer, too?

The Tour has large television contracts that fund the tournaments that make the players wealthy. It is reasonable to ask players who benefit from those contracts to play exclusively on the Tour unless they get a waiver.

Even if there was a greater cause here, and PGA Tour commissioner Jay Monahan really needed the kick in the butt that Mickelson and Norman claim he needs, then they should find somebody other than one of the most brutal regimes on the planet to fund it. Think of all the billionaires who buy sports teams for kicks. Plenty of them love golf. Don’t you think they would love to own the best golf tour in the world if it made business sense?

The Saudis are happy to lose money because their interest is not turning a profit. It’s sportswashing. That’s why they’re the ones bankrolling this.

Norman and Mickelson want to do business with a murderous regime without anybody calling them on it. They want to damage the PGA Tour’s business while still participating in it when it suits them. What they are really doing is showing the sad, ugly side of professional golf. Players rarely answer to anybody. They aren’t employed by teams, so they don’t have teammates to keep them in line or general managers who can trade them. Their coaches work directly for them. They don’t have many journalists holding them accountable. And so for some (but not all) golfers, their moral compass is always pointed toward the nearest bank. 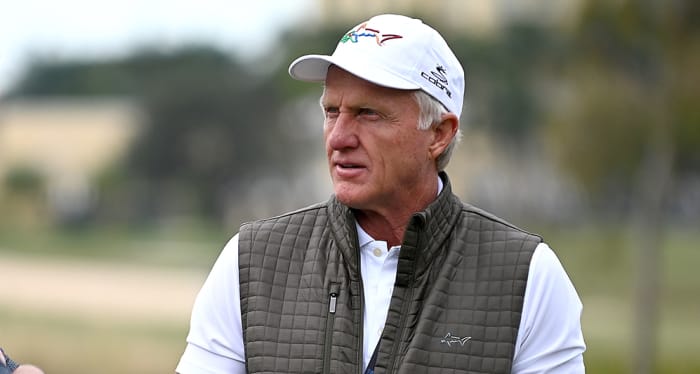 Greg Norman’s self-interest in leading LIV Golf is exposing the dark side of the professional game.

To the whataboutists who point out that most sports leagues do business in China and other countries with poor human-rights records: We can and should have a discussion about that, but it’s still not the same as what LIV Golf is trying. There is a big difference between doing business in a country and doing business for a country.

Norman and Mickelson are too consumed by self-interest to acknowledge the difference. So, apparently, is Sergio Garcia, who grumbled after a poor ruling at a PGA Tour event last week that he couldn’t “wait to leave this tour.”

Garcia’s persecution complex is nothing new. Every time the guy has to stop at a red light, he thinks the city planner must hate him. But even for Garcia, this would be incredible: He didn’t get enough time to look for his golf ball, so he will (presumably) seek a fair professional environment working for the Saudi Arabian government. This is the kind of logic you get from people who are so selfish and callous that they can’t tell the difference between an honest mistake and something much, much worse.

← PGA Tour to return to Castle Pines Golf Club, 'a fun golf course to play,' for 2024 BMW Championship Why Judy Rankin's life and career is a major example for us all →