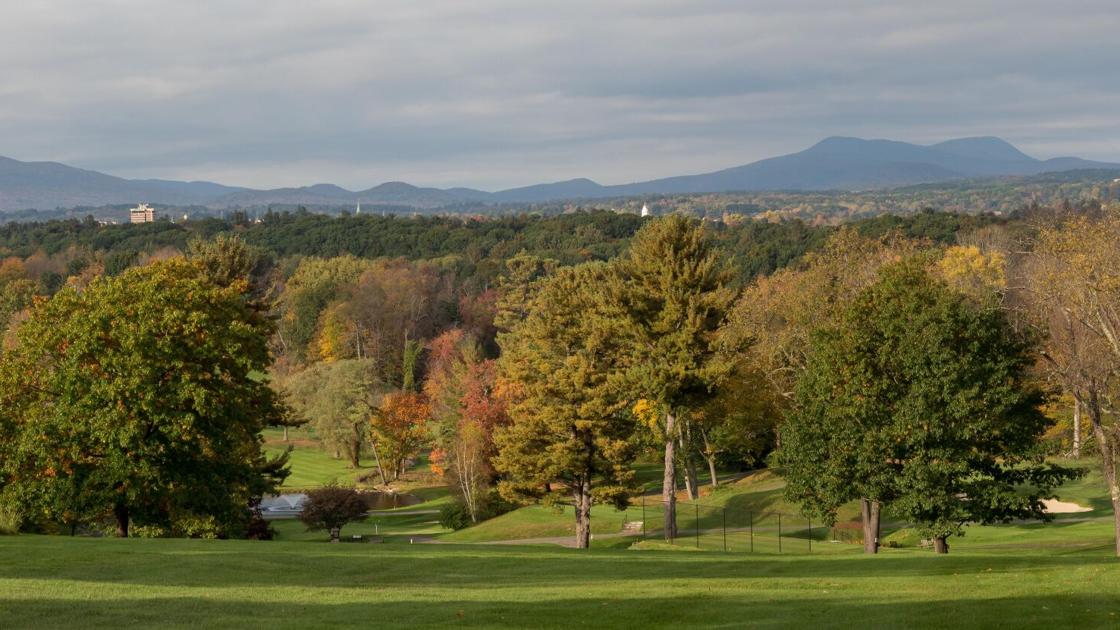 I had played at the country club from 1963 to 1967 and had a lot of stories to share with my table mates, namely Jim Farry, Dick Moon, Craig Laurin, Dave King and Ron Pero. “We had a member who was so cocky that he actually lost his golf ball in a ball washer!”

Yes, I was in my element. But who could blame a graybeard who spent his youth hauling kangaroo bags through those merciless hills for the Who’s Who of Berkshire County?

As I retired after my sumptuous meal, I fondly remembered the caddy banquets held in this stately dining room every October. Our club pro, Silent Jim Simes, who was far from silent, was our colorful host for the night. Warm and engaging, Silent Jim was just as much a father figure to us caddies as Ms. Flanagan was with his orphans in Boy’s Town. He was particularly attentive to troubled children and believed that if he could turn them into good caddies, they would grow up to be upright citizens. Despite being a pilot in the Air Corps during World War II, he had heartbreak every time an elderly caddy was drafted.

We 30 caddies between the ages of 12 and 20, all ennobled by nicknames, were a hodgepodge of city kids who had one thing in common: We all needed money. On our special night, we shuffled uncomfortably into the chandeliered dining room, feeling like checkers on an ivory chess board. This Red Letter event was the highlight of each season as prizes were given out to everyone in attendance. In 1964, the year in which my brother Jimmy, aka “Pants”, won the Caddy of the Year, I was presented with a Patty Berg driver. My buddies howled with laughter and asked Silent Jim if “shirts” had to wear a skirt when hitting them.

The only club member we ever invited to our banquet was Monroe “Moe” England, the youngest son of Monroe England Sr., the famous England Brothers department store. Moe, a former naval lieutenant during the Korean War, was a real head-turner, and we caddies vied for the privilege of carrying his bag. While some members treated us indifferently, Moe treated us equally, asking about our families, our future plans, and if there was anything he could do to help.

Moe also had a unique way of paying us. Back then we made three dollars for “a loop,” but Moe always gave us three dollars plus a penny for every shot he took during his round. So if Moe shot a 78 we’d get $ 3.78. In addition, Moe always made sure that no caddy in his foursome went out without lemonade after nine holes, a godsend in the summer heat.

The last caddy banquet took place in 1966. One reason was that gas-powered golf carts made their insidious presence in the club and narrowed our ranks. A pea fight also broke out that fateful night, but I’ll never confess who fired the first green projectile from their soup spoon.

Silent Jim died in Florida in 2017 at the age of 92 surrounded by his loving family. His granddaughter Darcie Green from Memphis wrote afterwards: “You caddies have been my grandfather’s dearest friends.”

Moe England died last August at the age of 90. At his celebration of life in Tanglewood, daughter Elizabeth shared 90 reasons she loved her father. A small bucket of golf balls labeled “Moe” was the centerpiece of every table. I took my ball and put it in my golf bag as soon as I got home. I have no intention of hitting it for fear I might lose it, but I will always carry it with me as a reminder of those cherished times.

My dreams of bygone days were broken when Tom Mooney asked the veterans to rally around the 18th green. There we watched with honor as the 96-year-old Navy vet Joseph Coy, who landed on Utah Beach in Normandy at the age of 17, made the ceremonial first putt.

On another glorious Sunday at the Country Club, where its selfless members not only donated but sacrificed their own game for the day, we 99 steadfast troupers – young and old – jumped into the comfort of battery-powered golf carts with clubs in hand, ready to to face our invincible enemy again.