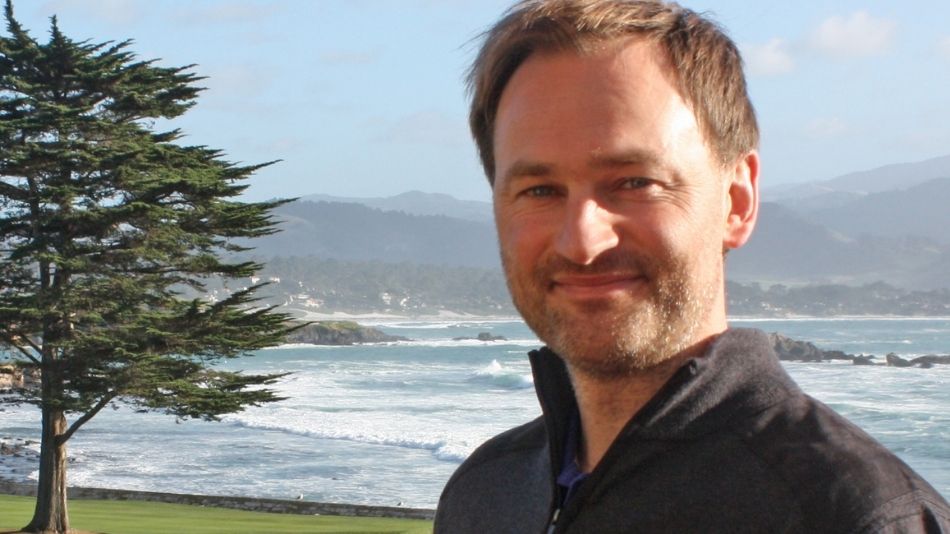 Before moving to England to study golf course architecture, I enrolled at the University of Iceland to study history. I quit before the first course, told my parents I couldn’t do it and went abroad to pursue my love of golf and my passion for golf architecture.

But history has always fascinated me. Since then I see myself as one of the self-proclaimed golf historians. In 1999 I wrote an essay entitled “The Ten Most Influential Golf Course Designs in Historical Context”. Since then I have played or visited most of the courses on this list. Unfortunately I still haven’t visited Pinehurst, Harbor Town or Sand Hills. These were either on my original list or possible candidates for inclusion in a revised edition. The following is therefore a modified list of the most influential courses that I have either played or visited.

1. The Old Course at St Andrews, Scotland. Most people seem to get the impression that the Old Course is held in high esteem for its age, status as the home of golf and all of its history. But there is much more to it than that, I assure you. For example, it is in many ways the birthplace of strategy in golf and golf course design. This is mainly due to the widening of the course driven by Old Tom Morris, as well as changes in the evolution of the golf ball. The course is also why we are playing eighteen holes today. Actually this was never planned… it was shortened from 22 holes to 18 apparently because it was a more interesting layout on this side. It could be said that this move was later misinterpreted in the gradual formation of the 18-hole convention throughout the golfing world.

2. Royal County Down, Northern Ireland. Along with Muirfield, Royal County Down was the first course to feature two nine-hole loops. Old Tom Morris broke with the tradition of the outer and inner nine holes as seen on the Old Course at St Andrews and designed two sets of nine holes that ran in opposite directions. The front nine play clockwise and the back nine counter-clockwise. In this way, Old Tom used the wind factor to the maximum. In short order it would be attacked from all sides, and guaranteed that the number of holes played upwind would not aggressively exceed the number of holes played upwind. Only once did three consecutive holes play in the same direction. Royal County Down could well be Old Tom’s best course, although it has been partially remodeled.

3.Woking, England. Woking is one of two courses on this list that I have chosen from the many fantastic heathland courses in Surrey and Berkshire. This is where I got my golfing education, so to speak, during my studies in England. It was also here that Stuart Paton and John Low ushered in a new era in golf architecture in the early 20th century, finally giving the newer, more technically advanced courses near London the strategic and natural character of the seafront links. The latter were found and not built. This was embodied in the placement of the central hazard on Woking’s fourth hole, a homage to the Principal’s Nose bunkers found on the sixteenth hole of the Old Course at St Andrews.

4. Sunningdale (old), England. Originally designed by Willie Park in 1898, the Old Course at Sunningdale was reportedly the first golf course to be created by clearing dense woodland. It was also fully established by seed, which had not been done anywhere else. There was even what may have been golf’s first man-made water hazard – the pond at the fifth hole. The course was refined by Harry Colt during his tenure as club secretary, during which time he reintroduced some of the Heath features. He also expanded the playing surfaces slightly to accommodate the rallies that dominate global golf: from gutta-percha ball to rubber core, which traveled about fifteen to twenty percent further. This course is the older brother of perhaps the best 36 hole golf club there is and all less than 20 miles as the crow flies from central London. It also has one of the best halfway houses in golf.

5. National Golf Associations of America, New York. Designer and course developer Charles Blair Macdonald is considered one of the fathers of American golf and its architecture. After spending his younger years at St Andrews under the wing of Old Tom Morris before developing his own career, Macdonald wanted to introduce world-class golf architecture to America. The NGLA was the last of three landmark US courses built around the same time, alongside Myopia Hunt and Garden City. These were all created in response to demands from America’s better players for higher quality golf courses. At the NGLA, Macdonald built several template holes based on some of Britain’s most famous golf holes. Among golf architects this is still something of a guilty pleasure.

6. Cypress Point, California. Of all the architects active in the 1920s, Alister MacKenzie was probably the most influential. His design philosophy set a standard for golf course architecture that lives on to this day. Of all the great courses designed by the golf architects of the Roaring Twenties, Cypress Point is perhaps the crème de la crème. The Cypress Point project was in many ways the pinnacle of MacKenzie’s career. Here he created a somewhat unusual route to take into account the natural features and attractions of the place. This culminated in his use of two consecutive par threes, the fifteenth and sixteenth holes, on the remarkably picturesque cliff edge of one of the world’s greatest water hazards, the Pacific Ocean. There, MacKenzie’s flair combines with the rocks, crashing waves, spray and cypress trees for an unforgettable, insightful walk from the fourteenth green to the fifteenth tee. This has inspired many golf architects and I am one as I used it as inspiration for my sixth and seventh holes at Sigló in Iceland.

7. Seminole, Fla. Donald Ross undoubtedly left an enduring legacy in Gulf architecture. As far as I can see, Seminole is unique among his works and possibly one of the best examples to really understand how good he was. Its routing across the humble coastal town flanked by dune crests is utterly intriguing, where the vast majority of holes take the player into the more interesting uplands to the east and west without ever falling prey to the pitfalls of monotony or a back-and-for- routing. The design cues can also be seen as more site sympathetic than those found on most Ross courses. It also has the best locker room in the gulf.

8. Royal Melbourne (West), Australia. Redesigned by Alister MacKenzie and Alex Russell, this is the only Southern Hemisphere course on this list. It is one of the finest golf courses in the world and a worthy representative of Victoria’s Sandbelt. Its quality is unparalleled, as is the no-nonsense approach to course and bunker management practiced there. The hole distance from three to six is ​​unparalleled. While there is water on the property, none of that really comes into play. If so, then you really did something wrong to invoke the wrath of the golf gods.

9. Augusta National, Georgia. In recent decades, ANGC has perhaps become more famous for being the only major to always be played in the same venue, for the aesthetics due to intensive turf maintenance and landscaping, and for the exceptionally difficult greens. Few seem to talk about the real genius behind the design. Here Alister MacKenzie was able to introduce meaningful strategic elements almost exclusively through topography. This was also achieved by incorporating several elements found on the Old Course at St Andrews, one of the main sources of inspiration for MacKenzie and Bobby Jones. At least six holes at Augusta National are inspired by holes on the Old Course. A lot of people find this hard to believe because the two courses are in two very different landscapes.

10. TPC Sawgrass, Florida. This is an amalgamation of golf architecture concepts courtesy of Pete Dye. Here inspiration is drawn from the oldest of all golf courses, Linksland. This is evident not only in the obvious features, like the pot bunkers and sleepers, also known as railroad ties, but also in the less obvious elements, including the game strategy. Here, this homage to golf’s roots is combined with more modern elements such as the extensive, often man-made, lakes and dams or spectator mounds. These have now become mainstream.

Edwin Roald is an Icelandic golf course architect and founder of the Carbon Par project, which studies carbon storage in golf course turf. Read more on his company’s website: eureka.golf. 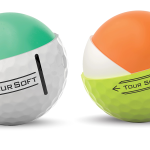