New roguelike Golfie is far from par for the course 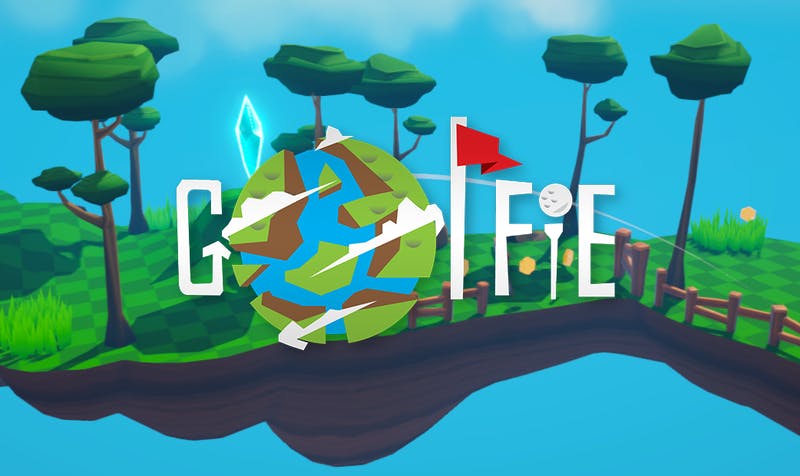 “Golfie” is a roguelike deckbuilder… golf game. That’s right — the genre popularized by “Slay the Spire” of collecting cards and power-ups to avoid running out of health and ending the run are coming to the green.

In “Golfie,” each turn begins with three cards being drawn. The player can choose to play any or all of these cards for their abilities that alter the ball or the shot or even have activatable effects. The basic cards add power, loft or curve to the shot. Higher level cards provide alterations that include shrinking the golf ball, turning it into a beach ball or covering it in rubber. Others still allow the player to press a button that activates an ability while the ball is in motion such as deploying a parachute, reversing the ball’s direction or making the ball do a cute little hop.

Over the course of a run, the player navigates a map of stages — again, inspired by “Slay the Spire” — with each destination being a hole. For the holes, the par is often quite generous, allowing the player to explore the level and take their time. Both of these are quite important, as levels have coins to collect, floating crystals that provide cards and power-ups, and vending machines at which the player can spend their coins.

While each of those will help improve the chances of going far on a run, it is important to keep track of strokes and stay on the course. The life container is a battery that starts with seven energy, and each stroke over par or ball in the water deducts from that total.

“Golfie” feels unforgiving at first. A miscalculated angle may send a ball into the water or the hole can be in a spot that requires getting a card that then isn’t drawn, causing that stroke to go to waste.

All I wanted to do my first couple runs was play around with the cool power-ups and try wacky golf shots only capable in this game. As I played more and started trying to win, I learned that, just like “Slay the Spire,” a successful run is more about self-control and calculated risk than about getting the best cards and landing ridiculous combos.

Is this fun? That depends. I think there is a great version of this game where the player can launch the ball in ridiculous and silly ways. However, by nature of being a roguelike, this game instead takes on a higher level of strategy, risk assessment and execution. While I haven’t played it, a free play mode exists that may quench the thirst to be silly. Besides, who knows? New modes may still be added once the game is in early access and developers see what aspects of the game players most enjoy.

The concept of a roguelike deckbuilding golf game was enjoyable. I believe “Golfie”  is already a successful and fun combination of genres with room to grow. If anything, I feel as though the game is a tad limited in content. While “Slay the Spire” launched with three very different playable characters, “Golfie” has only one deck. While the other cards encountered along the way are interesting, they can lack diversity or utility in practice. Additionally, it can feel punishing to explore new cards as they each have their own learning curve and can cause the deck to get bloated.

If “Golfie” seems interesting to you, it is definitely a fun time. If not, I would wait and see how it develops. There is a fun game here, but I hope there is more to come. The game launches as Early Access on PC on May 26, 2022.

Enjoy what you’re reading? Get content from The Daily Cardinal delivered to your inbox

A review copy of “Golfie” was provided for free to The Daily Cardinal.

The Daily Cardinal has been covering the University and Madison community since 1892. Please consider giving today.

Jeffrey Brown is an Arts Editor for the Daily Cardinal. He also writes for the Beet.