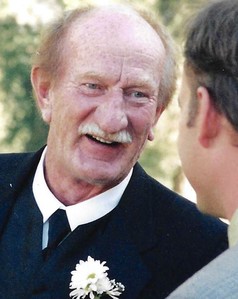 Ben was born to immigrant parents who came to the United States from Germany in 1925. They arrived in Cicero, Illinois during the depressed years of the end of World War I. At that time, Cicero was the largest city in the country with 100,000 inhabitants and a neighbor of Chicago.
Ben began serving as a caddy with his older brother Leo at the private club in Riverside, Illinois, when he was 10 years old. He often carried doubles (two bags, 18 holes) twice a day. He attended St. Mel’s High School in Chicago. His father died when Ben was 14 years old, and he worked with his brothers, who were already out of the house, to help support the household. He delivered newspapers in the mornings and worked in a grocery store, delivering groceries with 15, and driving a Chevy panel truck after school.
Ben loved the area around the golf course. He was a caddy until 1950, when he worked as a sales representative for the Riverside Golf Club.
He attended the University of Massachusetts in the winter of 1955 for an associate degree in horticulture. A year later he was promoted to Assistant Superintendent. He also took Dale Carnegie courses and Toastmasters and found a talent for calming any audience.
Ben was drafted into the Army in May 1958 between the Korean and Vietnam Wars and volunteered to join the paratroopers at the 101st Airborne at Fort Campbell, Kentucky. He was selected as one of the outstanding field soldiers during Exercise White Cloud in October 1958. The commanding officer checked Ben’s records and found that he had worked on the golf course. The officer asked if he was interested in a special assignment there on the Fort Campbell golf course to “get him in shape”. General Westmoreland, commander of the 101st Airborne Division, stopped on course many times to commend Ben (“Red”) for his work and asked him to stay and get up. However, Ben’s experience and further studies at Peay State College in Clarksville, Tennessee, were flattered by the offer, warning him of the difficulty of administering a course in the transition zone for northern and southern grasses, where both extremely hot and humid and cold and icy conditions prevail. Other opportunities were just around the corner, or whatever it was – across the plain.
Ben married his wife, Celine, of Chesterton, Indiana on October 12, 1961. She was a nurse at the Veterans’ Hospital in downtown Chicago at the time. He met her on a ski trip to Boyne Mountain, Michigan, the year before, when he was on leave for a week from the Army. Rumor has it that, new to the sport, she skied his skies. Falling in love with skiing and the mountains, Celine moved to Denver in 1959 with friends who were also nurses at St. Joseph’s Hospital in Denver. She later became known as “Celine of Vail” for her unique local personality, productive artwork, Christmas markets, and help in the valley’s public schools.
In 1960, after his military service, Ben moved closer to the mountains (and Celine) to Denver, Colorado. He worked at the Cherry Hills Country Club right after the 1960 US Open was held there. He stayed there until 1962 when he was hired to help design and work as a site manager for Los Verdes Golf Club in southeast Denver.
Now with two young sons, Bern and John, the family moved to Vail, Colorado in April 1967 after Ben was asked to become the first manager of the Vail Metro Rec District. His duties at the time included golf, fishing, and tennis. His duties included completing the first nine holes, designing and building the second nine, and adding three additional holes to replace the original holes 1, 8 and 9 that were sold for the North Woods Condominiums development.
Ben was also tasked with building and maintaining the tennis courts, ball fields, soccer and rugby fields, and outdoor ice rinks at Gold Peak and behind the Vail Interfaith Chapel. Working with the City of Vail, Ben was responsible for planting the old trees and landscaping the new main car park in Vail. He also built the facility for the Arnold Palmer Golf Academy and turned the old lettuce willows in the future EagleVail subdivision into a temporary golf course in that first year. He helped install the first snowmaking system on the Gold Peak circuit that first fall and was the first snowmaking manager for Vail Associates that winter.

He remained as the golf course superintendent for 25 years, battling fickle poa anua grass, snow mold, and both peat bogs and river rocks just below the playing surface. In his later years, he built houses in West Vail in the fall and winter as the hard work and tension of the golf course subsided and Ben’s skeleton crew groomed Nordic trails in preparation for spring.
In 1992 Ben dropped out of the course and founded the Krueger Development Company with his son John, who had recently obtained an MBA. He later traded half of his duplex home on Vail Golf Course for a small trailer park in Glenwood Springs. Over the years he has helped many tenants who could not pay their rent and managed a residential area with a river that was hidden in the poplars.
Ben was a 65-year-old member of the Knights of Columbus (a men’s Catholic organization devoted to charitable work to help the needy). He loved his Catholic faith and his parish of St. Clare of Assisi.
Ben helped start and was the initial coach for the Buddy Werner youth ski racing club and followed his kids down the west slope for high school soccer, skiing and volleyball. He loved golf, skiing, skating, dancing and fishing (after golf balls). At the age of 80, he started cycling as an alternative exercise for his overworked back and occasionally made his way “up the pass”, still heading east to greet his many neighbors on the way. He enjoyed watching his children and grandchildren grow up, which made Ben and Celine very proud.
After 46 years of marriage, Ben lost his all-artist wife to an infection in 2007 after an operation. Ben leaves behind his son, Marine Lt. Col. Bern Krueger of Colorado Springs (wife Terri, children Caleb and Kate Krueger and Melisa Pacheco (husband Gary and great-granddaughter Isabella Pacheco); son Navy Lt. John Krueger (children Claire and Davis); Carol Krueger; son Karl Krueger (wife Pavan and children Hayden and Theo) and daughter Celynn (husband Scott McClarrinon and daughter Mary); and all of the Vail Valley. Ben’s older brother Albert died in 2002; his brother Leo, 90, lives in Lagrange, Illinois.
Bens also leaves behind his girlfriend Tess Lloyd, mother of four and grandmother of ten of their own. They met in 2010 at a Club 50 dinner dance and she has been Ben’s dance partner, travel companion, early morning golfer, dinner guest and all-round sweetheart for over 10 years. Together they rarely missed a concert, dance or happening. Ben’s family had no doubt that they were his and us.
Ben looks forward to catching up with Byron Brown (hopefully in heaven) so they can settle the golf bets owed. He also hopes to join many of the locals who preceded him at bridge games and sharpen his game for upcoming arrivals.
He will miss playing early morning golf with Rick Sackbauer at the Vail golf course, where he gets inspiration and lessons from Rick on the 18th tee. They played 84 rounds from May 15 to October 15, 2020, first in the morning, an average of 2 hours, 20 minutes for 18 holes. The Vail Recreation District gifted Ben a lifetime golf course pass in 1992. They were generous in ensuring that he hit the first tee time on summer mornings and even his disregard for cart paths and the “no kart” signs he once put up. It is thanks to booster Mike Ortiz, Director of the VRD, that he has repeatedly honored his work on the Vail Golf Course with a room named after him in the new clubhouse.
Ben wrote a historical account of the first 10 years of the Vail Recreation District, 100 pages of personalities, stories, and photographs of the valley’s early landscape. The book is entitled “Ben Here”, as he has answered the phone at home or in class for 60 years. After Ben’s family have already distributed 300 copies and raised money for the Knights of Columbus, they will take your order and continue his fundraising drive.
One of Ben’s best skiing memories of the past came on a 2011 thank you card from sports commentator Bud Palmer, who wrote, “You’re the greatest mogul skier I’ve ever seen and I’ve seen the best, nobody has your ‘graceful style!’ It was important to Ben himself not only to notice and think about how much he valued someone’s special talent or work, but also to communicate this to him.
Ben was a mainstay in Vail and was part of the local “backbone”. He literally used up all of his fuss doing all that he loved in his 54 years in the valley. He had another procedure done last month in hopes of improving his mobility and maintaining his independence. The procedure disrupted all of his systems, however, and he realized he would not be able to swing his golf clubs, dance with his sweetheart, and plow Walmart behind a cart. He bowed peacefully.

A Catholic funeral service will be held at Beaver Creek Chapel on Friday, November 26th at 3:30 pm. A community celebration of Ben’s life is scheduled for early January – stay tuned for details on the big event.
Instead of flowers, donations to St. Clare’s School are accepted to support scholarships to support teaching for those who want to attend school but do not have the funds. 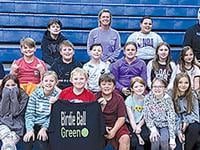 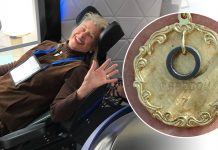 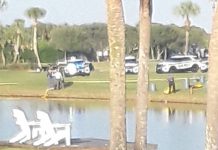