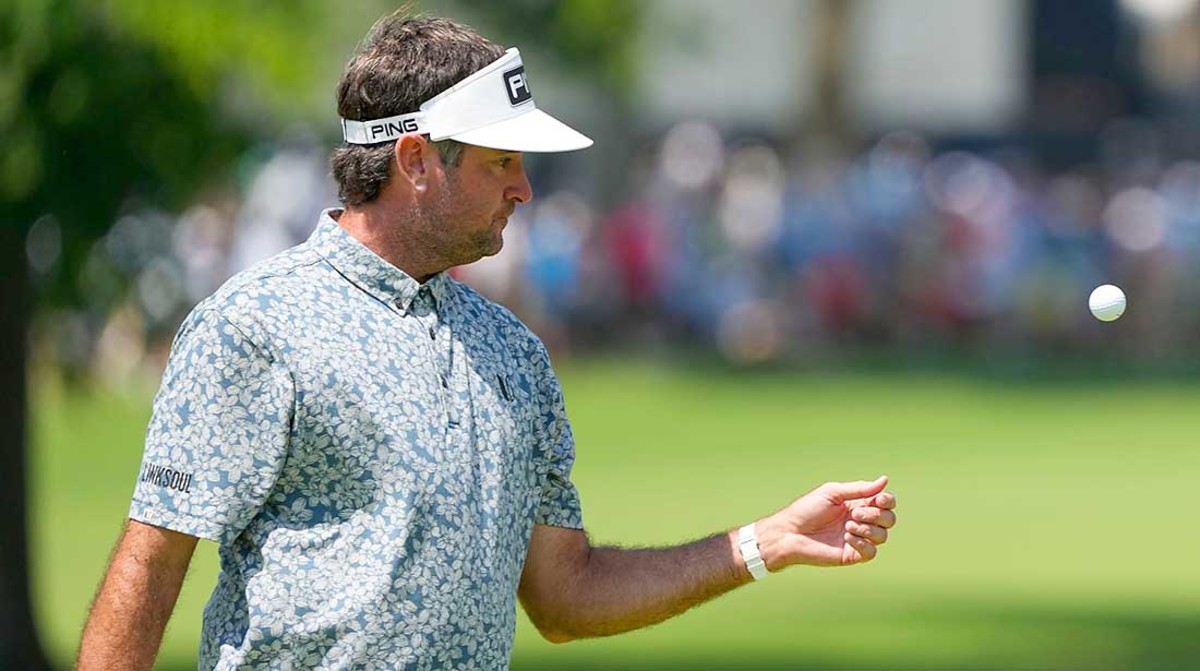 TULSA, Okla. — How do you shoot 63 in a major championship?

If you’re Bubba Watson, you change driver shafts and get lucky on the greens — at least that’s how the two-time Masters winner explained his record-tying performance in the second round of the PGA Championship.

Raymond Floyd shot a 7-under 63 in the first round of the PGA Championship at Southern Hills in 1982, and Tiger Woods matched it in the second round in 2007. Both players went on to win.

For Watson, his 63 came out of literal nowhere, at least by major standards. He had shot 70 or higher in 18 of his last 19 major championship rounds, with the lone exception a 67 in the second round of the 2021 U.S. Open at Torrey Pines.

Watson also has what would be kindly put as an abysmal record in the PGA Championship, with a playoff loss in 2010 to Germany’s Martin Kaymer at Whistling Straits as his bellwether.

“Out of nowhere, I don’t know why or how it worked out, but I decided to change driver shafts,” Watson said. “I’ve been using the same shaft since 2002. It’s roughly 90 grams, so I switched to a 60-gram shaft, and as I get older, clubhead speed — even though it doesn’t sound like very much, it’s a lot when it comes to the golf swing.”

The added clubhead speed seemed to make Watson more comfortable, and he hit driver everywhere on a golf course that at times requires discretion off the tee.

Watson would have none of it and not until he got to the par-5 13th hole did the 43-year-old left-hander miss a fairway, his only miss of the day.

“I told my caddie I was going to hit it in the rough because I wanted to get that out of my head,” Watson said. “I hadn’t missed a fairway yet, and I didn’t want to go to 17 or 18 having a chance to hit every fairway.”

Watson knew he couldn’t get to the green in two strokes due to the wind, so missing the fairway was not much of an inconvenience. He hit a 5-iron down the fairway and then a 60-degree wedge (bent to 63 degrees) for one of his nine birdies of the round.

Of the remaining eight birdies, Watson used a wedge, mainly the 63-degree, seven times and a 9-iron once.

While Watson believes in results and not analytics, he would be hard-pressed to dispute that in his second round he led the field in Strokes Gained: Off the Tee, Tee To Green and in the Strokes Gained Total categories.

“These fairways are generous right now, so I just feel like I
have control of the golf ball enough where I can play to
spots even if it’s in the rough,” Watson said. “I can play shots out of the rough around here. So yeah, obviously if I’m hitting irons everywhere, it would be boring golf, and then I wouldn’t really get into the round. So being able to hit driver gets me into the round, gets me full swings and things.”

The wind was a factor in the morning, but it died down in the afternoon, and by Watson’s sixth hole it was clear sailing, giving him and many of his fellow afternoon-wave competitors a chance to go low.

Watson is four shots back of leader Will Zalatoris, but he still feels he has a lot to learn about Southern Hills.

Watson went on to say the greens were bumpy and a little bit hairier than they were on Thursday.

“My putts bounced my way, and they went in today,” Watson said. “Hopefully tomorrow they bounce my way, and they go in. Basically, what I’m saying is, I don’t know how to attack the golf course. Today was a great day.”

Click here for all Morning Read news and commentary daily in your inbox.