Sage Steele, hit by an errant Jon Rahm tee shot on Thursday during the first round of the PGA Championship, provided an update on her status after she was reportedly “covered in blood” and sent to the hospital.

“I just want to thank everyone for your concern and prayers during the last couple of days,” the ESPN reporter said in a statement on Saturday. “From the doctors, nurses and EMTs at Saint Francis Hospital in Tulsa, to my doctor and dentist here in Connecticut, and my co-workers at ESPN, I am so grateful. With the help of my team, I hope to recover quickly for my three kids, and get back to work. Looking forward to seeing everyone again soon.”

Golf writer Geoff Shackelford saw Steele get hit and described what happened. He saw her covering her face with blood over her hands.

Jon Rahm indicated his tee shot went left on the third hole of the PGA Championship on Thursday.ESPN 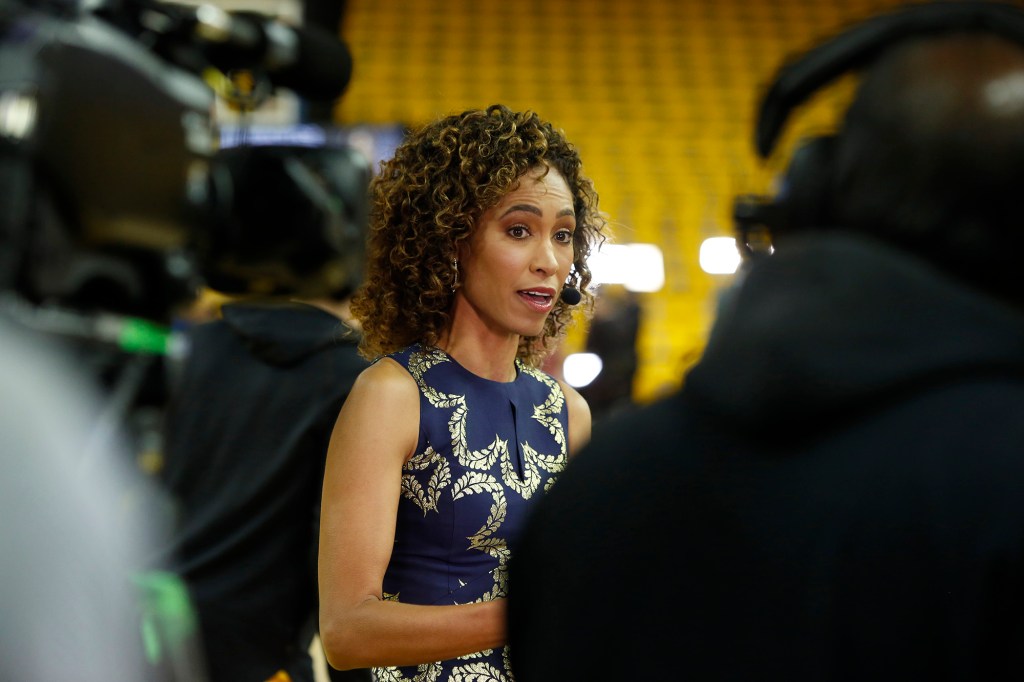 Sage Steele was hit by a Jon Rahm golf ball after his errant tee shot on Thursday at the PGA Championship.NBAE via Getty Images

“I was standing behind the tee when Rahm hit a hard hook into the left trees. He immediately yelled ‘Fore Left!’ and aggressively waved his arm pointing left,” Shackelford wrote. “The impact must have been brutal: Rahm’s tee shot ended up in the center of the fairway.”

Steele was covering the major at Southern Hills in Tulsa, Okla., for ESPN’s “SportsCenter.” She had finished her work for the day and was watching the tournament from the gallery of credentialed media.

← "Charles Barkley and Michael Jordan had an influence over Tiger Woods' marriage!": When the Phoenix Suns legend gave an honest answer about their involvement in the golfer's life   Wildwood Golf Club celebrates 100 years after surviving wars, recession; ‘We made it,’ GM says →