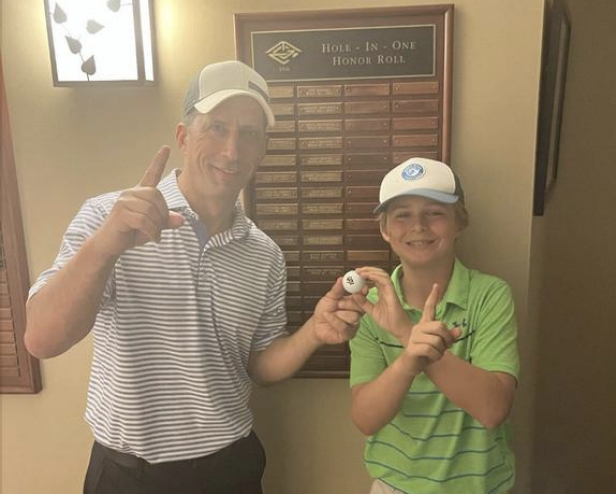 When it comes to hole-in-one stories, there’s almost nothing that could shock us these days. Players making multiple in the same round, husbands and wives going back-to-back on the same hole, someone acing the same hole for three(!) consecutive days, Tom Brady making one while a drone was filming him. OK, so the last one was fake, but you get the point. There are a lot of these “CRAZIEST hole-in-one” stories out there.

But this one is definitely the craziest we’ve heard. No, really. At least, for now.

It took place at Minneapolis Golf Club earlier this week and it involves two golfers—and only one golf ball. Thanks to John Rouleau for sending the Bat-Signal to Golf Twitter:

In case you can’t read the post, a 13-year-old named Preston Miller made a hole-in-one, but then lost the golf ball a few holes later. After his round while celebrating, another golfer, Ricardo Fernandez, came into the clubhouse beaming that he had made one on a different hole. During the course of their conversation, they realized that Fernandez had made his ace using Preston’s lost golf ball (it had the logo of Preston’s golf team on it and was found on the hole he lost it). Hence, the one golf ball part of this story. Unreal.

We”re guessing this has never happened before. Mostly, because golfers who make holes-in-one usually want to hang onto that special golf ball so they take it out of play immediately. But we guess when you’re 13, you’re not really thinking about that. Or maybe Preston was just trying to save his team golf balls.

Regardless, what a wild, wild tale. Congrats to both golfers. And we’re pretty sure whoever winds up keeping the ball won’t be hitting anymore shots with it.