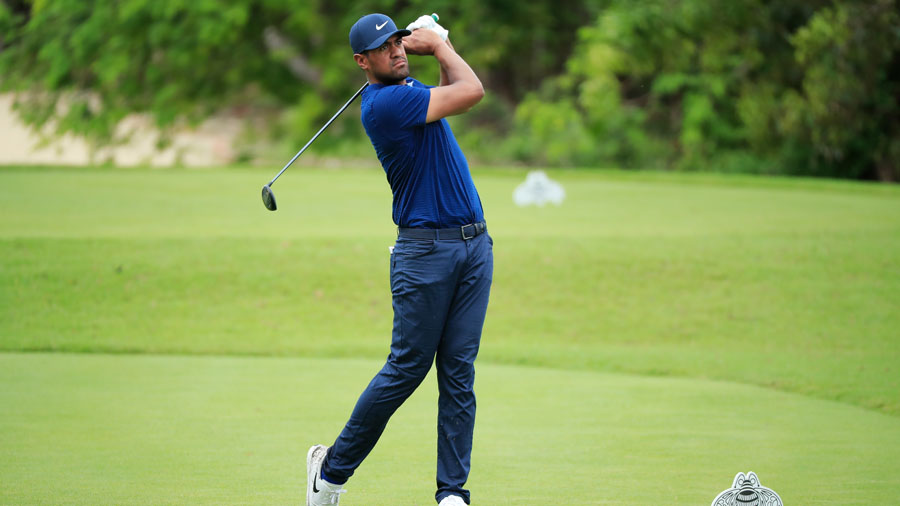 Tony Finau of the United States plays his swing from the second tee during the second round of the Mayakoba Golf Classic at El Camaleón Golf Club on December 04, 2020 in Playa del Carmen, Mexico. (Photo by Cliff Hawkins / Getty Images)

SALT LAKE CITY – A video posted from the PGA Tour’s official Twitter page shows Tony Finau hanging out on the golf course with a little boy named Alex. The video is heartwarming.

Finau, 32, invited Alex to play a hole with him on this week’s PGA Tour; the Mayakoba golf course in Mexico.

Alex shares information on where to hit the ball, which club to use, and how to read the green. After the game, Finau gives Alex one of his golf balls and signs a glove for the young fan.

Finau will compete in the Mayakoba Classic for the fifth time in his career this week. His best result came on his debut attempt in 2015 when he finished the event in a T7. He missed the cut twice, but never crossed the finish line outside of the top 20.

Finau will play alongside Brooks Koepka and Billy Horschel, with their starting times on Thursday and Friday at 6:39 am from the 10th tee and 11:19 am from the first tee.

Finau fans will be able to see much of his first two rounds as he, Koepka and Horschel are members of the featured groups this week. The trio will have a strong presence on the Golf Channel program during the first two match days.