US Women’s Open: Golf star Danielle Kang reveals she is competing with ‘tumour in her spine’ 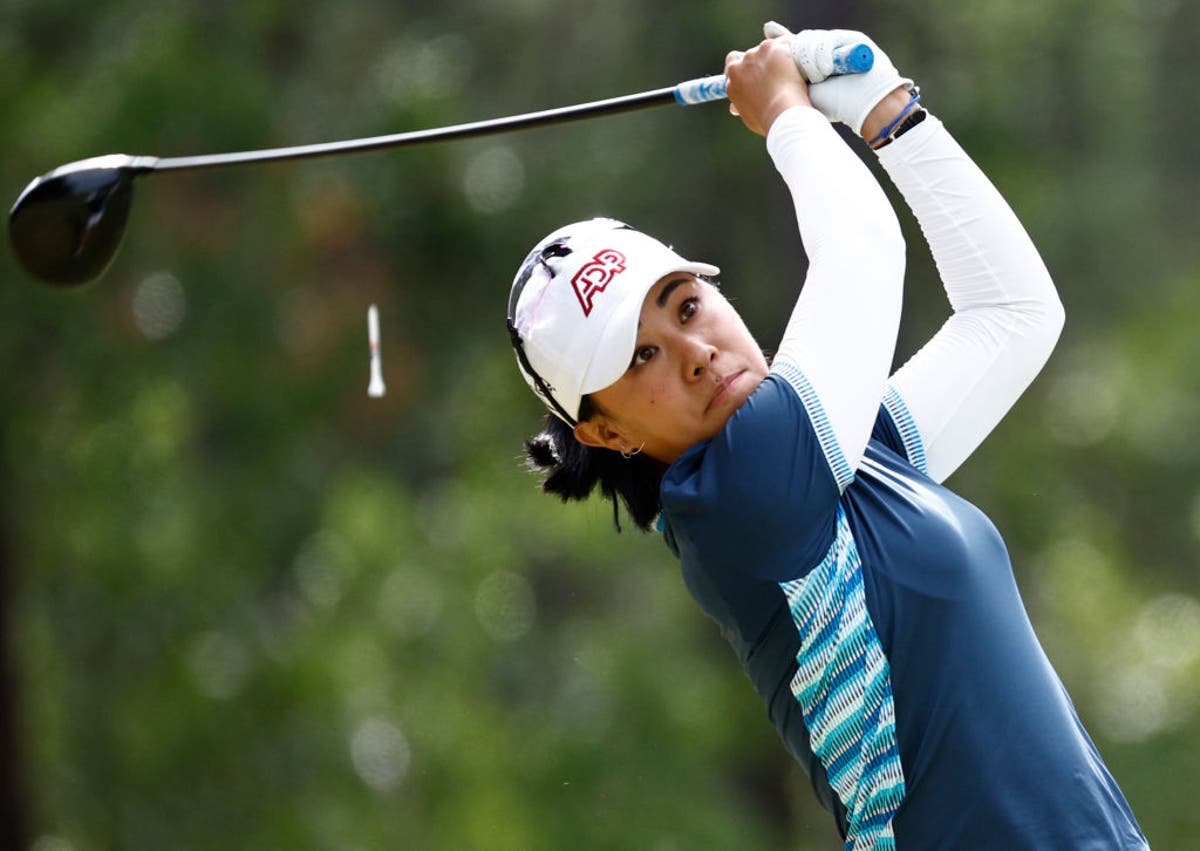 American Danielle Kang finished just above the cut line Friday at the U.S. Women’s Open but said she was pleased just to be playing after it was revealed that she is competing in the golf major with a tumor in her spine.

Kang’s brother, Alex, posted a video of the six-times LPGA Tour winner from Southern Pines, North Carolina, to Instagram this week with the caption “only person I know to be playing with a tumor in her spine … So determined.”

After carding a three-over par through the first two rounds, Kang said she was keeping her focus on the course.

“My goal is to play this week. I didn’t want to miss it. For the last seven, eight weeks I’ve done everything I can to get here,” the 2017 Women’s PGA Champion said.

“After this week I will focus on addressing the issue and then trying to figure it out from there.”

Kang told a separate group of reporters on-site that she did not “have the answers,” when asked if the tumor was benign, according to USA Today.

“I played so bad for the last couple of months,” she said. “Not only that, I haven’t touched a club or practiced for a long time, so I can’t expect it to be a flawless round.”

Seven-time LPGA Tour winner Minjee Lee has claimed her spot atop the leaderboard alongside first-round leader Mina Harigae at the tournament.

The Australian started strongly on the second day with a pair of birdies and claimed another four, along with a bogey on the back nine, to card a 66 that had her at nine-under par at Pine Needles.

“The golf course can really catch up to you quickly, so just trying to take whatever I have in front of me as I go and just try to take… whenever I have a birdie opportunity, I try to take advantage of that,” Lee said.

Harigae failed to replicate her superb opening 64 and had to settle for a 69 after mixing five birdies with three bogeys in North Carolina to be at nine under.

The American, who attended the state’s Duke University before leaving after one year to turn professional in 2009, admitted the course had played differently for her during the second round.

South Korea’s Hye-Jin Choi, who finished runner-up at the tournament in 2017 while still a 17-year-old amateur, was two strokes off the pace at the halfway point.

Choi’s 64 had her one shot off the championship scoring record and tied with three-time major champion Anna Nordqvist of Sweden at seven under.

Fellow Swede Ingrid Lindblad, who on Thursday fired the lowest score by an amateur in the event’s history with 65, shot a 71 to be three strokes back at six under.

Englishwoman Bronte Law was at four under and five shots behind the leaders after repeating her opening 69, while Ireland’s Leona Maguire carded straight 70s to finish at two under.

English pair Georgia Hall and Charley Hull made the cut and were each at one-over par, with the latter improving on a dire opening 75 with a 68 that featured five birdies and two bogeys.

← The 4 rules for listening to music on the golf course 2022 U.S. Open odds: Surprising PGA picks, golf predictions from model that nailed the Masters →