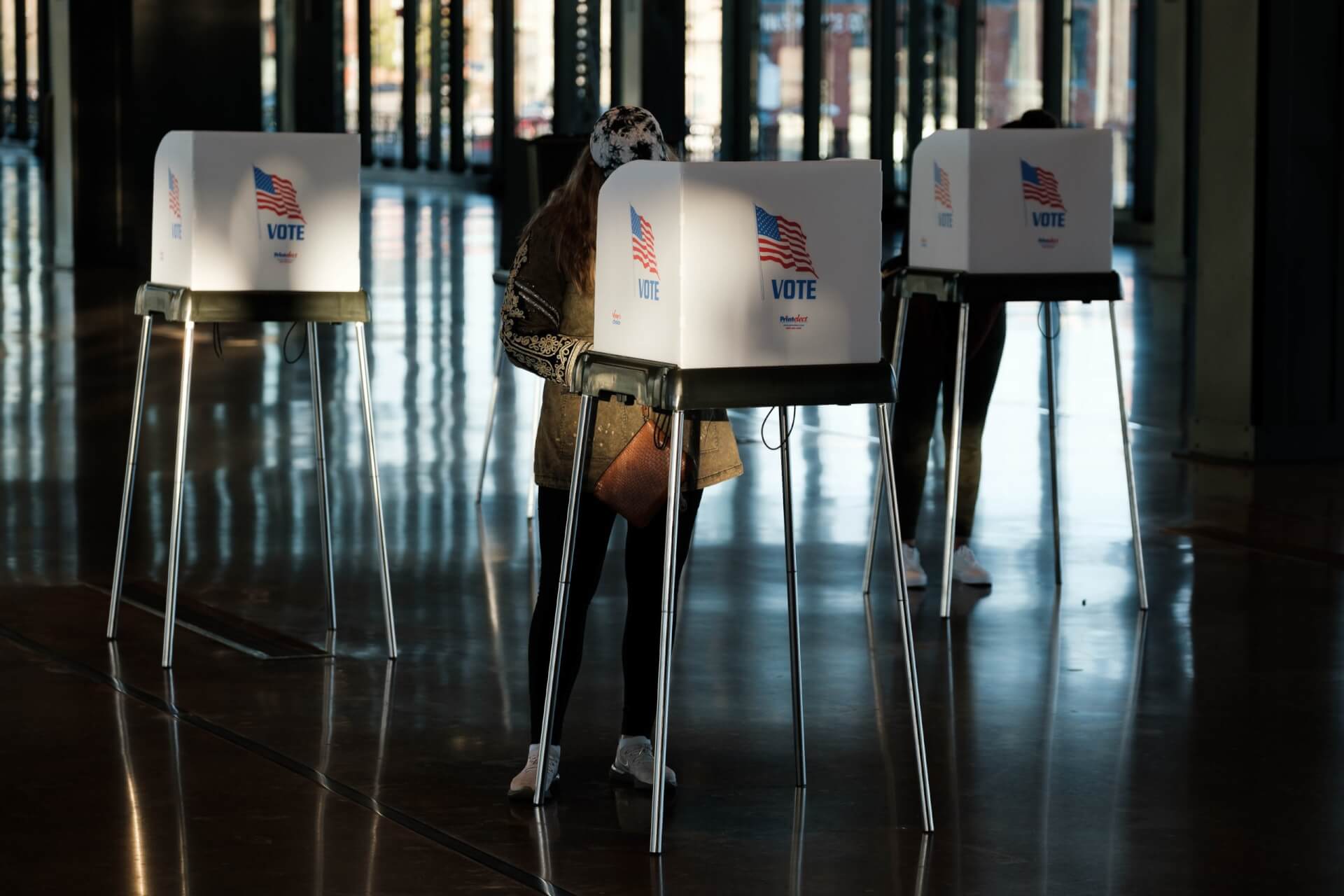 In school board meetings, city council meetings, and public hearings across the country – including here in Virginia – due process dissolves into red-faced foul language, threats, and arrests.

We saw her explode in blood and death four years ago on the grounds of the Thomas Jefferson University and in Charlottesville – a prelude to even more breathtaking violence in the U.S. Capitol in a failed attempt to halt the inauguration of the next president on January 6th the page two weeks later.

Peaceful marches protesting blatant racial injustice – the police murder of a black man in broad daylight on a street in Minneapolis – have been hijacked by malevolent interests that fueled violence that burned the very communities where the most oppressed lived.

Spread across the fancy cardstock mailings and the even fancier attack ads that pervade the airwaves and your online portals are bitter, cutting words – usually biases and often outright misunderstandings – as candidates in a deadlocked race for governor their scorched earth, damn consequences, end campaigns.

Even in arenas where Americans withdraw for the variety sport offers from the mean, fans believe that the tickets they buy not only entitle them to see the event, but also to intervene for the game on the field Rain, bottles, batteries, cans and even golf balls on officials and visiting teams.

Twenty-one years into the 21st century, we have become that: the divided States of America. Yet it does not reflect how shocking and dangerous our national dysfunction has become.

We are a nation that is losing the ability to communicate and argue. We have obliterated our sense of common ground and shared experiences and are becoming a culture of ever-warring tribes, all easily prone to disinformation, manipulation and subversion not only from our most aggressive foreign opponents, but also from the internal enemies of our democratic republic , the Constitution and the rule of law.

It has been a full two decades since the 9/11 attacks last moved America towards a unified goal – defeating an evil rooted in a diabolical, murderous distortion of Islam. U.S. forces have been sent to Afghanistan and waged the nation’s longest war to exterminate it, only to be withdrawn into chaos, death, and heartbreak two months ago as agents of the very same darkness they sought to exterminate reaffirmed their absolute rule almost overnight.

All we have to show for these 20 years of lost American treasure, blood, and life is a deeper political division at home. Our protracted failure hung over the recent 20th anniversary of September 11th like the thick clouds of acrid, poisonous smoke that rose from the Pentagon, the World Trade Center, and a crater dug in a Pennsylvania meadow that heartbreaking morning.

But now, as we look for the enemy, we increasingly see ourselves.

It crept up on us incrementally and insidiously, with each new outrage that we internalize, rationalize and ultimately accept as less and less “new normal”.

We ignore the warning signs. And they are abundant.

Here in Virginia, Loudoun County’s school board meetings have become the subject of national news. For most of this year, parents and board members have disputed the county’s bathroom and locker room policies for trans students, particularly following reports of a sexual assault on a girl in the bathroom. They also angrily refused what they say the doctrine of “Critical Race Theory“, A doctrine that systemic racism has always permeated US institutions and that something the district says was not and was not in its curriculum. Meetings start out as scream fights and get worse from there, which at one point leads to an arrest and spectators are evacuated. A board member recently resigned in the midst of the longstanding conflict.

National is the FBI was mobilized to investigate violent threats against school leaders in similarly confrontational settings, many of which were provoked by critical racial theory and pandemic-inspired student masking mandates.

Memories of the violent August 2017 United the rights Riots that resulted in the deaths of a bystander and two Virginia state police officers who watched the riot from a helicopter remain fresh. The night before the bloody showdown in downtown Charlottesville, columns of neo-Nazis and white racists with tiki torches marched through the University of Virginia campus, surrounding students and shouting, “They will not replace us!“And Hitler’s battle cry”Blood and earth!”

In January related forces urged by President Donald Trump to march to the Capitol and “fight like hell“After his comical consigliere, Rudy Giuliani admonished” process by struggle “, was part of a mob that overran the Capitol to cancel an election that Trump falsely claimed was stolen from him. They stormed the seat of our democratically elected republic to thwart the constitutional process that would make Joe Biden the rightful next president. Although the uprising failed, invaders looted and looted convention offices, smeared their feces on walls, and did something four years of civil war never achieved: a Confederate flag be guided through the Capitol.

When the police murdered George Floyd sparked international protests over injustice against black Americans, the fault lines clearly appeared on Monument Avenue in Richmond, which were then broken by gaudy bronze memorials to the Confederate leaders. In the midst of peaceful daily protests, sinister provocateurs fueled an already angry situation. A truck was driven into protesters. A Local bus was set on fire in the city center. Minority companies were destroyed and looted. Police fired rubber bullets Tear gas and pepper spray not just on protesters, but journalists too cover up the riots. The brutality cost them Police chief his job.

As the gubernatorial race gets closer this fall, the meaner and less truthful messages from candidates – Democratic ex-Gov. Terry McAuliffe and Republican Glenn Youngkin – get. The same goes for down-ticket races. “Wrong about vaccines … completely wrong for Virginia,” said the ominous voice-over on a television commercial for a House of Representatives candidate. His sinister tone is omnipresent, not just in the air but also on our snail mail and your social media feeds.

Actionable riot broke out in Knoxville, Tennessee two Saturdays ago among a sold-out college football crowd of more than 100,000.

After the hometown of Tennessee Volunteers showed up three feet to a first down in a desperate fourth down attempt with less than a minute of playtime and officials returned the ball to the Mississippi rebels, Projectiles rained down on the guest bench, forcing players and coaches into midfield, out of reach of most water bottles, beer cans, vape pens, small batteries, golf balls, and even a squeeze bottle of mustard that shot onto the lawn. The officials stopped the game for nearly 20 minutes – longer than half – as the fusillade continued. The bands and cheerleaders from both schools have been evacuated shield their heads as they rushed to the tunnels.

Full disclosure here: I’m not just an Ole Miss alumnus, I’m a former gamer. In enemy SEC venues a long time ago I occasionally dodged an ice cube, small battery, or two, and once, after a blowout loss at LSU’s Tiger Stadium in 1976, an empty Jack Daniels bottle was thrown from the cheap seats (what when you think about it, it could be from one of our own fans). Certainly visiting teams were sometimes similarly mistreated in our home arenas. It is wrong in either case. However, the demonstration of hooliganism to the extent and duration that millions of Rocky Top have seen live should be a wake-up call. When spectators much Given the right to physically penetrate the game, our sport-loving country has lost the balm of sport as we know it.

Is everything too far away What would it take to turn things around? Another 9/11-esque act of war by a foreign enemy, directing our collective anger outward rather than inward?

That’s a bloody price to pay just for seeing ourselves as fellow Americans again, focusing on the vastness of where we can agree rather than dealing with petty annoyances that keep us apart.

But perhaps the more timely question at the gracious end of yet another socially corrosive election in Virginia is not whether we will can to regain a meaning or a community, whether we are at all want to.