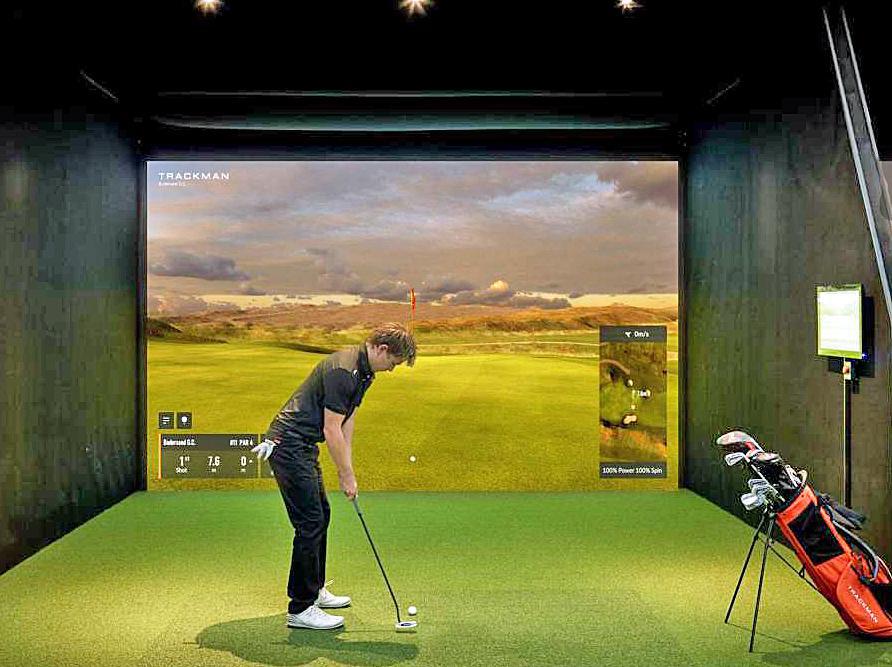 DANBURY – A simulated golf lounge planned for the Danbury Fair Shopping Center received unanimous support for running a liquor café and praised city guides for the “new direction” business is taking for the changing retail industry.

“We support this petition, and we support the new direction the mall is taking with this petitioner and other types of event-based marketing,” said Paul Rotello, the city council’s Democratic majority leader, during a public hearing this week. “We wish the petitioner continued success.”

The petitioner, Golf Lounge 18, could move into its third Connecticut location at the Danbury Fair Mall by early December, Ajit Padda, a Trumbull businessman, said during a zoning commission hearing Tuesday.

“We’ve spoken to a few other Connecticut shopping complexes and they’re all trying to change their retail presentation,” said Padda, co-owner of Golf Lounge 18, which has locations in Orange, Fairfield and the upscale indoor mall. The Westchester in White Plains, NY “We look forward to coming to Danbury and are very grateful for the support so far.”

Padda’s indoor virtual golf lounge already had approval from Danbury’s planning department to occupy the ground floor space vacated by Red Robin Restaurant in 2019 when he came to the Zoning Commission for permission to put wine and beer on the menu, along with pizza , Quesadillas, and steak-and-cheese wraps.

“Will this be just a service bar and not a seated bar anywhere?” Asked Theodore Haddad, Chairman of the Zoning Commission, referring to the wording in the lease with the mall that alcohol in the golf lounge is only sold as “ancillary consumption” allowed. “There won’t be a row of 10 chairs that people sit in and order a drink from a bartender and watch TV?”

“There are actually 12 seats at the bar,” said Padda, explaining that golfers would wait there until one of the eight play bays was opened.

Padda described an indoor setup, most popular during the winter months, where people of all skill levels can hit real golf balls with real clubs against a screen that can be used to display famous or fictional courses.

“We use a technology that shows you the ball flight, the distance, the club speed – everything,” said Padda during the public hearing. “The technology can be used for several things – for teaching, for entertainment.”

Alcohol is a helpful element in the casual golf lounge experience, Padda said.

“We do a couple of different nights, for example one of our favorite evenings is Wine and Dine for women only – for the women who are avid golfers to beginners,” said Padda. “It provides an inclusive environment for you to play golf, watch a sports game, enjoy a local beer, and hang out with friends and family.”

The Zoning Commission voted to give the golf lounge a 9-0 liquor license, but not before Commissioner Robert Melillo introduced a requirement that alcohol be consumed only in the golf lounge.

“They couldn’t take it and walk around the mall with an alcoholic drink,” Melillo said.