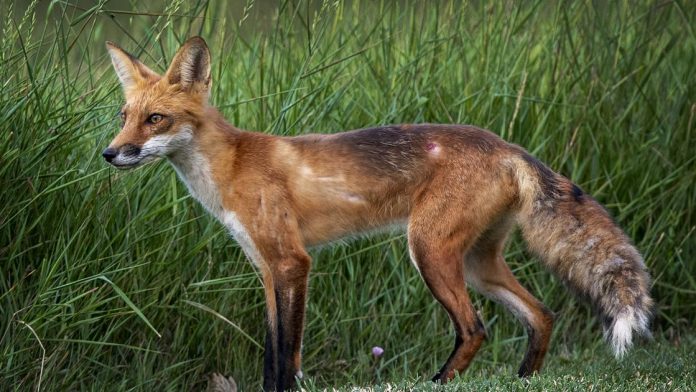 Fixing fence, buying a bird: Lincoln cemetery dealing with other types of loss

He even witnessed the crime in early May, a little more than a month after the course opened for the season. He was golfing with his son when they watched a fox intercept another golfer’s ball and disappear into the trees.

As more reports piled up, a pattern developed. The fox was most active on the holes adjacent to the park — 4, 5 and 6 — and in the evenings, starting at 6 or 7 p.m.

They posted signs in the clubhouse, warning golfers about the fox and instructing them to clap if it gets too close. “We want the fox to not get close to people,” Foreman said. “We want them to report it if it gets aggressive.”

Beal isn’t a biologist but, based on his experience, he suspects the fox is driven by curiosity. It sees the golf balls as playthings, not prey.

And it’s building a collection. As far as Foreman knows, none of this season’s stolen property has been recovered yet.

“Somewhere, there’s a stash of quite a few golf balls.”


The feathered and furry threats to the Lincoln Airport

Photos: Critters in the streets and yards of Lincoln

WATCH: Coyote in driveway on South 57th in Lincoln


Wildlife near 76th and Van Dorn

“On a walk yesterday evening, my wife and I spotted these two ducks at 16th and J, just east of the State Capitol. We weren’t certain if they were lost or merely wanted to visit the Capitol building,” Bill Davenport said.

On the No. 1 fairway at The Highlands on Sunday, April 26.

Turkeys at the corner of Old Cheney and Frontier Road on Saturday, April 25, 2020.

This coyote was spotted near 77th and Van Dorn streets in November by Peggy Stark.

This bobcat was found in the Lincoln VA building.

Deer next to O Street

A yearling deer at First and O.

Mother and kit fox are living in a backyard near 27th and Sheridan.


Watch: Fox plays in the snow

A fox living on an acreage near Lincoln.

Robin’s eggs in the 15th and South area.

LINCOLN, NE – 05/10/2018 – A dozen Canada geese goslings go for cruise around a pond with their parents on warm spring day on Thursday, May 10, 2018, at Pioneers Park. FRANCIS GARDLER, Journal Star

A pair of goslings flap their developing wings as they munch on grass with their siblings and parents on 80-plus-degree day on Thursday on the banks of a pond at Pioneers Park.

The snake at Oak Lake Park dog run can be seen in this photo.

Ducks nesting in a Lincoln backyard.

Lincoln Animal Control received several photos of coyotes near Holmes Park, including this one spotted about a month ago near 6100 Normal Blvd.

A possum on the deck.

Pelicans can be seen at Capitol Beach Lake.

A wild turkey at 30th and Sherman

Big Red Worms is offering a chance for Lincolnites to compost their decaying pumpkins.

A whitetail deer found himself on the course along the west fence at the Country Club of Lincoln on May 12, 2016. The male is starting to lose his gray/brown winter coat.

Five fox kits follow the lead of an adult fox and stay alert for danger in east Lincoln.

Turkeys out taking a walk near Sheridan Boulevard.

Grasshoppers on a fence.

A squirrel at Pioneers Park.

A raccoon on an acreage near Wahoo.

A paper monarch at the Sunken Gardens

A dragonfly at the Sunken Gardens.

A garden spider weaves a wondrous web in the backyard.

A painted lady butterfly alights on a white zinnia Tuesday.

A dragonfly at the Sunken Gardens.

Freelance photographer Gary Schenaman says he walked about a half-mile through snow and brush to set up a ground blind at Branched Oak Lake in mid-February, then waited about four hours for a collection of bald eagles to arrive. Lincoln Children’s Zoo President & CEO John Chapo said the bald eagle in the photo is an adult, noting that its head is white in plumage. “Immature birds do not have the complete white head,” Chapo noted.

Schenaman reports having observed between 40 and 50 eagles at the lake.

A group of four young Eastern screech owls huddle in a tree under the watchful eye of a nearby parent on July 1, 2014, at Dean and Emily Kline’s house in northeast Lincoln. Ellie Kline, 4, the Kline’s granddaughter, spotted the owls and promptly woke up her grandpa to tell him the news.

Salvia Mystic Spires is a deer-resistant perennial, but attractive to hummingbirds, butterflies and pollinators like this bumblebee, which paid a visit Wednesday at the Sunken Gardens.

A Cardinal and two gold finches wait for a warmer spring day in Pioneers Park on Monday.

A wild turkey steps through a child’s sandbox as it grazes through a yard near 53rd and “J” Streets, on Tuesday, Jan 14, 2014, in an area where it has been spotted frequently in the mornings and evenings in recent weeks. Turkeys were wiped out in the state of Nebraska by about 1915, according to the Nebraska Game & Parks Commission, but were successfully reintroduced to the state beginning in 1959. Some of the birds seem to have found that citys offer a favorable ratio of food to predators. ERIC GREGORY/Lincoln Journal Star

Leaving a wake of temporary water divots behind them, a pair of water fowl skim across the surface of Holmes Lake to join a group of fellow water birds who were feeding in a cove Wednesday, Oct. 2, 2013, at Holmes Lake Park.

A blue jay picks up peanuts in the Eastridge backyard June 4, 2013.

A rabbit, enjoying some peace and quiet on the University of Nebraska-Lincoln campus on Thursday, Feb. 21, 2013. The university canceled classes because of the snowstorm.

A deer was spotted roaming at Ryons Street and Sheridan Boulevard in Lincoln in 2010.

A pelican flaps its wings at Capitol Beach in Lincoln on Wednesday morning, Nov. 30, 2011. One Capitol Beach resident is worried about the bird’s health, and the Wildlife Rescue Team is working on a plan to help. (FRANCIS GARDLER/Lincoln Journal Star)

It’s true, the early bird does get the worm! This robin pecked around the grass around 10:42 a.m. to find a juicy morning snack at Holmes Lake Park on Tuesday morning, April 5, 2011. Warmer weather returned to the Lincoln area after Monday’s chilly, windy gusts. (FRANCIS GARDLER / Lincoln Journal Star)

A pair of Brown-headed Nuthatches, a rarity for Nebraska, were spotted during the annual Christmas Bird Count in Lincoln. (Courtesy photo)

Backyard foxes at 27th and Lake in Lincoln. 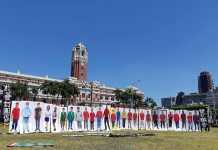 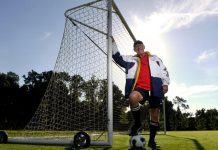 Golfers, fans ready for the 3M Open at Blaine