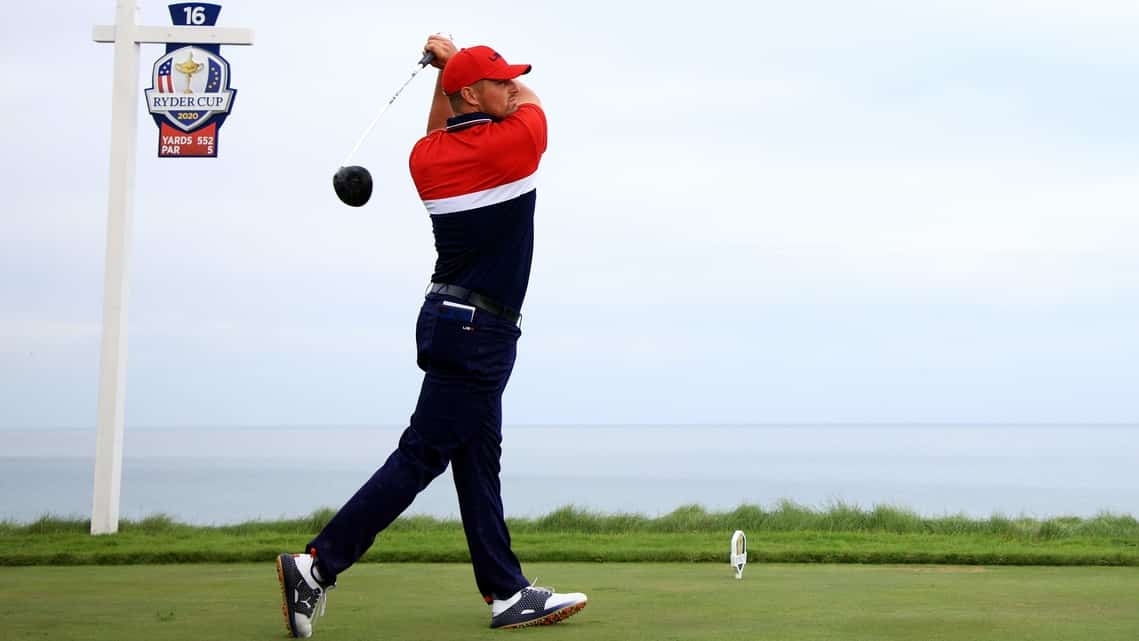 So that’s how it started. In a video posted on his YouTube channel, Bryson DeChambeau demonstrated the amazing ball speed he could get from a new set of prototype irons. With a pitching wedge, the big hitter recorded a swing speed of 138 mph – about 30 percent faster than the tour average for this club. DeChambeau then went on to hit amazing distances with these clubs (for example, well over 200 yards with a six iron). Have a look online if you’re interested in something like this.

I’m a little dulled by this obsession with swing speed, ball speed, and distance – the quest that the US Open champion seems to feed on. I watched DeChambeau not do his thing but to get a glimpse of the kind of equipment we could all use in the not-too-distant future. 3-D printing does not mean homogeneous – these clubs were specially built by Cobra for DeChambeau, who played an active role in every development step. I don’t have to tell you the rest: free of imperfections or deviations that inevitably creep into handcrafted items, these clubs are like the kind of futuristic things a Marvel’s Avenger would wield and the larger than life DeChambeau often referred to as to as ‘The Scientist’ is the ideal role model for his penchant for radical, technology-based overhauls of equipment and swing technique.

Also read: How golfers find their way out of an existential crisis

After watching DeChambeau pulverize the golf ball for a few minutes and toss it at depressingly long distances, I switched back to my default screen saver on the channel – a compilation of Fred Couples’ swings over the years. I could watch that all day. In any case, the sights, DeChambeau’s clubs, got blurry in the video – supposedly to disguise the design, but more likely to create hype around a new product launch.

As you can already guess, I won’t be ordering a set anytime soon. But then I clearly have prejudices. In light of this, it is only right that I set out my prejudices right at the beginning. I don’t have to go into that: I like analog music and clocks; will place craftsmanship over perfection; and ergo love my old blades. Beautiful new world? You have to drag me into it. But for people with common sense, the prototypes offer a seductive glimpse into the future of golf equipment.

And that does not appear to be faked by human effort. Sophisticated AI software is fed data points from a person’s golf swing. Lo presto! The attached hardware will reproduce the perfect club tailored to your golf swing. There’s nothing wrong with that, you say? Of course you are right. The only goal of every golfer is to get better at the game. And we do everything that is necessary: ​​practicing turns on the terrace, coaching clinics, hitting golf balls on the driving range. And most importantly, keep upgrading your equipment.

As anyone who grew up playing the game in India in the 1990s will know; We didn’t have the luxury of choosing golf clubs. You were lucky enough to come across a retail kit and in this case you grabbed it with both hands. Most sets were purchased either from overseas visitors or from pro shops that occasionally had Slazenger irons in stock. If you haven’t heard of this before, I recommend doing an online search. These were like knives, with small heads and about as much forgiveness as a stick with a stone on one end. Getting an off-center hit with one of these clubs would transmit so much “feedback” that the players couldn’t feel their fingers for a while. Ironically, it is the same feedback on traditional woods that is so valued by professionals and better amateurs alike. In modern nomenclature better known as “Spielereisen”, the finest blades are made by hand; forged and hammered to provide the densest metal allowing better players to feel the punch and ball. This allows them to “work” the ball both ways and get creative in making their shot. A bit as if the road feedback to the steering wheel was important for the racing driver and an irritation for the commuter.

For someone who has always played with blades, I find it almost impossible to play with anything else. And I believe woods force you to focus on a solid swing first and actually improve your golf swing. Still, this is a questionable notion, and I’m certainly not suggesting that you ditch your current irons in favor of clubs you may find unplayable. The game is hard enough.

However, I am left with a sense of loss. Another bastion, a reserve of venerable craftsmanship that has been distilled for years, seems to be disappearing in the face of an unstoppable, always plundering technology blitzkrieg. But it’s also an indication of the way the game goes – one that clearly rewards strength and distance from the tee via finesse and shot-making. The only salvation is that there are many models in this world for the ages. And for those who have had the chance to hold a Japanese hand-forged iron that is perfectly hammered and chiseled to a matte finish, the grooves match a tee that is pretty un-3D printable.

Meraj Shah is a Delhi-based writer and television producer

Also read: Indian rugby is taking small steps on the way to becoming a professional sport