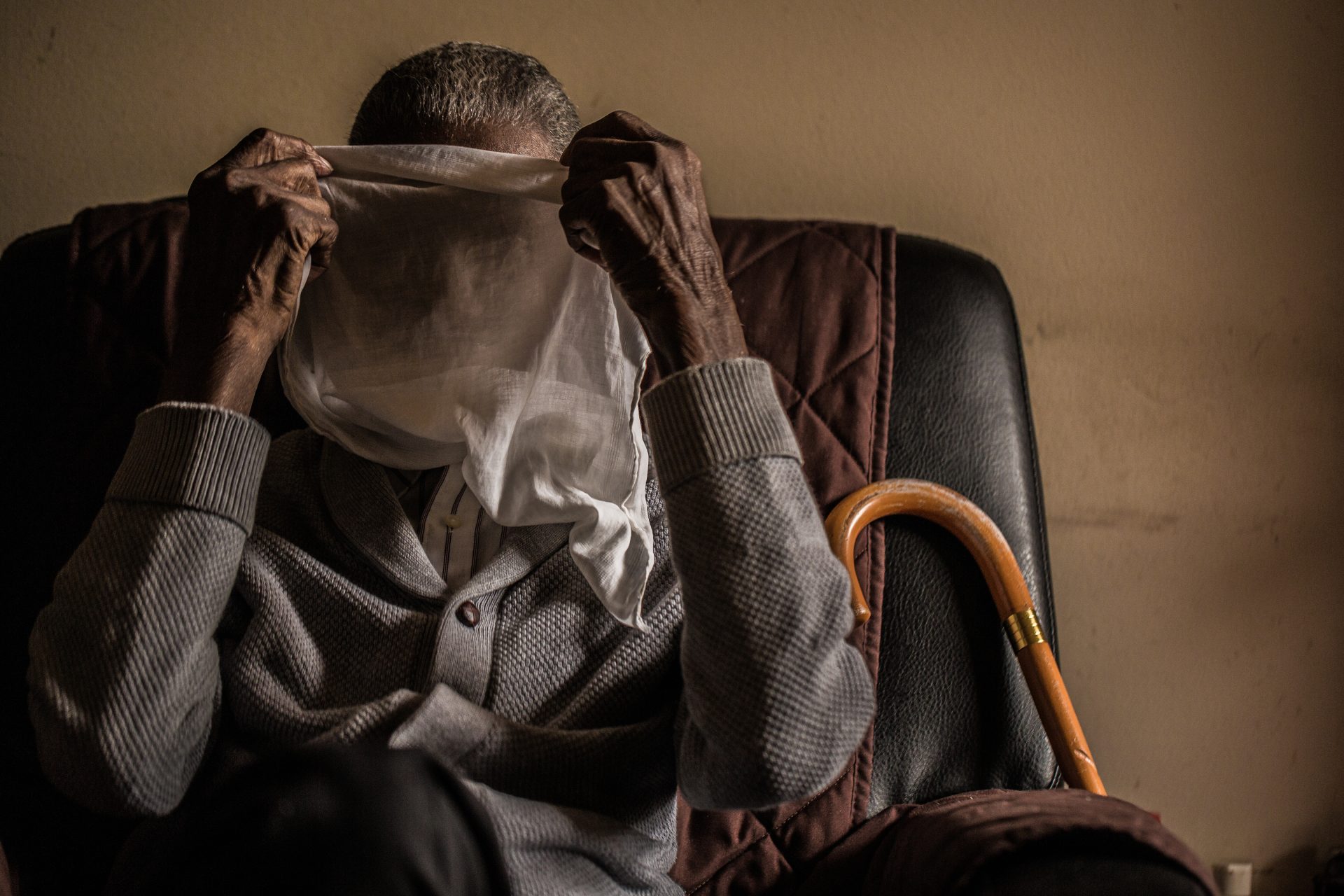 One spring day that year, Chris Aluka Berry was driving through Texana, North Carolina, a closely-knit African American community in the Appalachian Mountains founded in 1850, when he noticed a man hitting golf balls near his double-width trailer. Berry, an award-winning photographer, loved the opportunity.

“It would be a great photo and it can flip a number of stereotypes,” said Berry, 43, who lives in Atlanta and is working on an exhibition called Affrilachia: The Remnant That Remains. Affrilachia is a term coined by the poet Frank X Walker and means “black in the Appalachians”.

When he got out of the car to introduce himself, the prospect was not pleased that a stranger was walking up to him on his property.

Even when Berry tries not to let fear control him, he knows when there is not a good mood. In fact, Berry’s rule is that if someone says strictly no three times, it’s time to leave.

Berry later learned that the golfer’s neighbors had described him as strange. But that didn’t diminish Berry’s hopes.

“I’m telling you the truth,” he said. “If I drive down this street again and see the guy out there playing golf, I’ll try again.”

Berry has two secrets to success. One is his unwavering determination to get that perfect shot and find a way to tell a good story. The second is what Berry calls having a “passport”, someone embedded in the community – a minister or an activist – who can introduce themselves.

“You need this person who already has faith in the community,” Berry said.

Marie Cochran, a professor at Duke University, historian and resident of Affrilachia, was Berry’s first passport person and helped him make dozens of connections in the area. Cochran and Berry have been working together on this visual storytelling project since an Easter trip to a historic AME church in western North Carolina in 2016.

Since then, he has traveled across the Appalachian Mountains, including northern Georgia, eastern Tennessee, and North Carolina, documenting black people’s daily lives. According to the Appalachian Regional Commission, blacks make up 9.9 percent of the total population in the region, which stretches from southern New York to northeast Mississippi.

“The project exists to combat stereotypes about race and class, especially about the people in the region,” said Cochran. “I am most interested in telling a complex and nuanced story of black people in the mountains that adds to the story of the American experience.”

Black activists and artists in Appalachia are finally getting prominence in history and the media. But Berry’s project often revolves around the everyday person: Mae Louise Allen, matriarch of an intergenerational family from Cullowhee, North Carolina, or participant of the annual Rock Springs campground in White County, Georgia, which has been a tradition since 1886.

Berry is multiracial and grew up mainly in black communities. His identity not only made it more convenient for him to work on African American issues, but it also sparked his interest in the project and strengthened his relationships with communities. If someone calls him “brother”, he knows he is real.

“That’s why it’s really important to me to show these communities in an honorable way, in a way that is dignified,” said Berry. “Some of these people are some of the best people I’ve ever met in my entire life.”

Racial relations have improved in White County, Georgia in recent years. This positive growth has helped heal past hurts and shed new light on the future. (Courtesy photo by Chris Aluka Berry)

When Berry works, he surfs on the couch, sleeps in hotels or even in his own car or tent in the yard. As an avid hiker and camper, Berry has nothing against the nomadic lifestyle and recognizes that as a cisgender man he has security and other privileges.

But welcoming a stranger into your home or devotional requires a sure instinct, something Berry has developed over the years. This also includes his three-no policy. He said he rarely felt threatened, but he could defuse difficult situations by writing his passport personal name. And when he wins that person’s trust, he said that when he is introduced to more people, he will simply “ride the wave”.

“I want to be with people who want me around,” said Berry. “And I want to document people who understand that this is important.”

Most of the subjects are young or old. Berry and Cochran are grateful that he was able to capture the lives of people who have since died. His work with young people has inspired him to potentially focus his next project on growing up multiracial in the Appalachians.

“I feel like I need to focus on this new generation and how the landscape is changing,” said Berry. “Many of the newer generation are multiracial families and children.”

Berry’s visual storytelling takes patience, time, and a degree of risk. This isn’t a job that makes him rich, and the constant rejection sometimes made him quit.

“I wanted to stop. So often I’ve had the feeling that people don’t care, ”he said. “So now I’m really grateful. And I hope for good things. “