500 golfers for the independence tournament of the IBB Golf Club 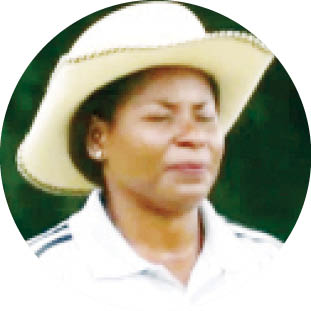 At least 500 amateur and professional golfers will be playing at this year’s Independence anniversary tournament of the IBB Golf and Country Club, which will tee off on Thursday, September 30th, on the lush green IBB golf course in Abuja.

The club’s organizing committee chairman and vice-captain Mike Onoja Ekoja spoke to the press yesterday about the annual tournament held annually to celebrate Nigeria’s independence, saying this year’s edition aims to raise awareness of the need for To create unity and peace in the country.

He also announced that this year’s tournament will welcome guest golfers from neighboring countries such as Ghana to celebrate the 61st anniversary of Nigeria’s independence.

Aside from cementing peace and unity, he said the tournament would help promote the game of golf in Nigeria.

“This year’s tournament will attract up to 500 golfers from Nigeria and other African countries such as Ghana. Aside from using the tournament to celebrate Nigeria’s 61st independence, we also want to use it to preach peace and unity.

“The golf course is in perfect condition. If it rains, comes sunshine, the course is ready, ”he assured us.

For his part, the competition’s secretary Julius Fadairo said there would be trophies and other prizes for the winners when the tournament ends on October 3rd.

According to the list of games announced by the Competition Secretary, all male and female golfers with a handicap of 19 and above will tee off the tournament today.

He also said that all male and female players with a handicap of 0-18, regardless of age, will play on Friday October 1st.