After 15 years, the U.S. Women’s Open returns to Southern Pines 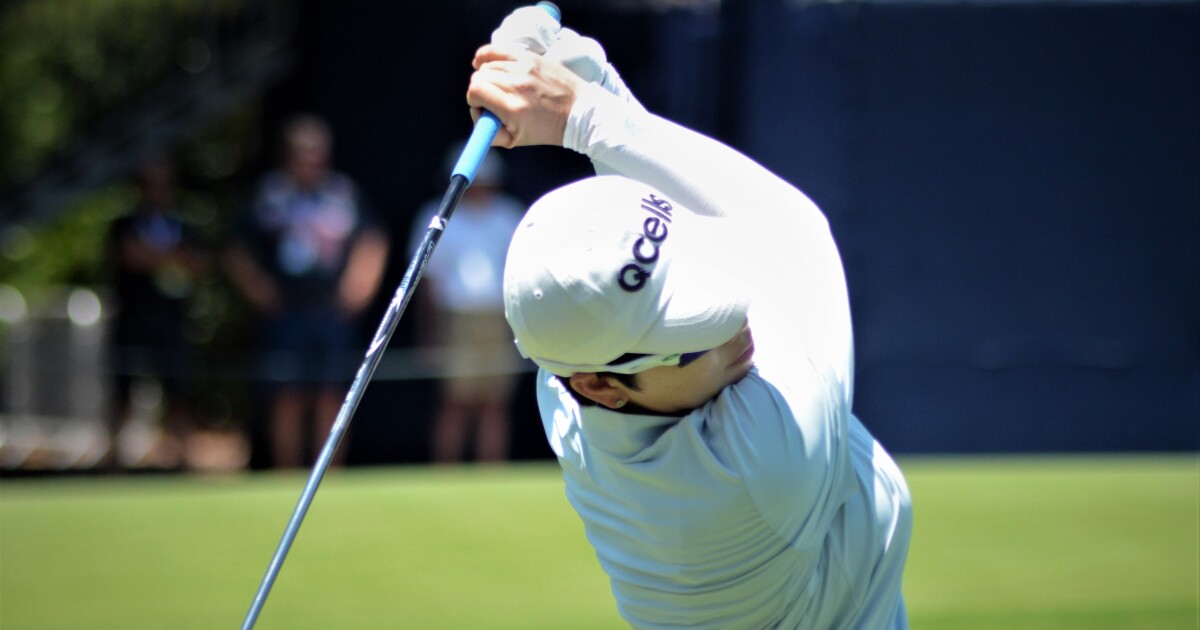 The U.S. Women’s Open is back in Southern Pines this week after a lengthy hiatus.

It’s been 15 years since the championship was last played at the Pine Needles Lodge and Golf Club, but this year – the 77th edition of the Women’s Open – marks the fourth time the golf resort in central North Carolina has hosted the event, which is more than any other golf resort in the country.

Speaking with reporters Wednesday, John Bodenhamer — the chief championships officer for the U.S. Golf Association — said Pine Needles will always be a place of importance for women’s golf.

“We’re really grateful for the relationship we’ve had with Pine Needles,” Bodenhamer said. “They embrace the game and all that’s good about the game. It’s more than just a championship for us here. The players can speak to it; they love this golf course.

“Yes, we think there’s absolutely a place for Pine Needles in the future. I think a lot of that, most of that will be up to what Pine Needles sees in their future.”

Pine Needles previously hosted the Women’s Open in 1996, 2001, and 2007. Just five or so miles west of Pine Needles, the Pinehurst Golf Resort hosted both the men’s and women’s U.S. Open in 2014. The first U.S. Women’s Open held in North Carolina was in 1947 at the Starmount Forest Country Club in Greensboro.

Contents show
1 Annika is back
2 A last dance for Wie West?
3 Diverse field
4 Changes on and off the course

A Southern Pines cover over one of Jaye Marie Green’s golf clubs at Pine Needles on Wednesday, June 1, 2022 ahead of the U.S. Women’s Open.

When the Women’s Open was last held at Pine Needles, Cristie Kerr was the winner. Karrie Webb won it all in 2001, and Annika Sorenstam was the victor back in 1996.

Neither Kerr or Webb are in the field this year, but Sorenstam — at the age of 51 — is back, aiming to reclaim her crown.

Or at least, aiming to play well. Sorenstam is the only player in the field who has played Pine Needles as a U.S. Open venue three times.

“My goal is obviously to play the best I can. I know what I’m capable of. I can hit fairways and greens. I can make putts. That’s my goal this week,” Sorenstam said. “I’m not really going to have a score in mind, but I feel good about my game. I really do.”

To earn her place in the field at Pine Needles, Sorenstam won the U.S. Senior Women’s Open in Fairfield, Connecticut, last year. However she finishes, Sorenstam is elated to be back in Southern Pines.

“It feels awesome. It’s great to be here, of course,” Sorenstam said. “It’s just such a nice vibe around here. Just love this area… There’s certain memories I have, walking down 18, it’s just such a special hole. It’s iconic, kind of the finish.”

A last dance for Wie West? Lauren Miller, a golfer from Mississippi State University, signs an autograph for a young fan at Pine Needles on Wednesday, June 1, 2022 ahead of the U.S. Women’s Open.

Sorenstam has three U.S. Open wins under her belt, also taking victories in 1995 and 2008.

Wie West won the U.S. Open at Pinehurst in 2014 and has long been a recognizable name and face in women’s golf. But she announced last week that — after this competition — she would be “stepping back” from the LPGA Tour full-time. Wie West is just 32 years-old, but has been playing professionally since she was 15.

She said Tuesday that this would likely be the only professional competition she plays in this year.

“It’s something that I’ve been thinking about for a while,” Wie West said. “Just to be back here where I kind of won the U.S. Women’s Open, obviously not the same golf course but the same area, it feels so amazing to come back and see all the fans and see all the players.

“If I hadn’t won the 2014 U.S. Open I would still — I definitely wouldn’t retire, and I would still be out here playing and chasing that win. That win means everything to me.” 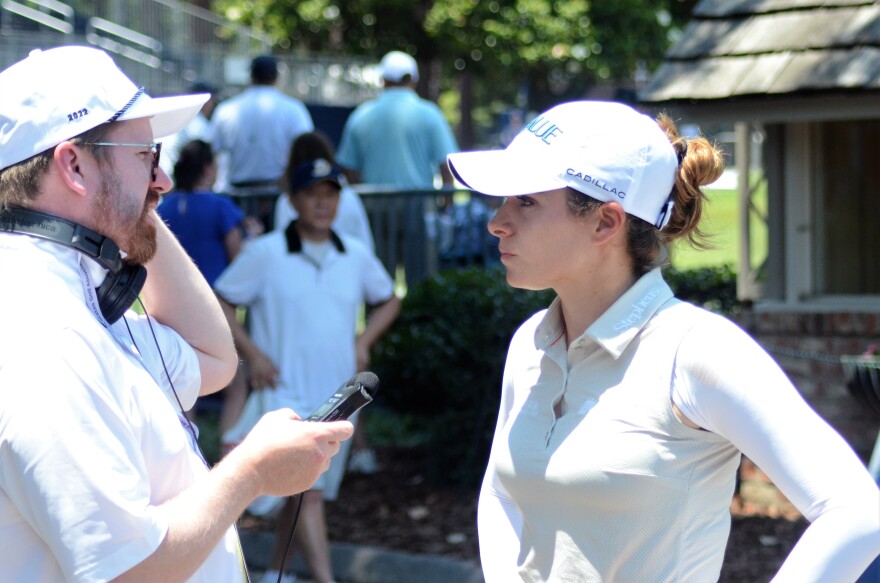 Frank Daniels, a reporter from The Pilot newspaper, interviews Mexican pro golfer Gaby Lopez at Pine Needles on Wednesday, June 1, 2022 ahead of the U.S. Women’s Open.

In all, the field at Pine Needles this week features 156 players, trimmed down from this year’s record total of 1,874 entrants. The 60 players with the lowest scores after Friday will continue to play into Saturday and Sunday. And even those players that don’t advance will get paid — early cuts will each get an $8,000 check.

With the competition being an Open Championship, it welcomes golfers of various ages and expertise. There are 29 amateurs in this year’s field, 50 first-time U.S. Open competitors and 28 countries represented.

The lone North Carolinian in the field is Allison Emrey of Charlotte.

Sorenstam is the oldest player in the field this year, and 15-year-old Jeonghyun Lee, of China, is the youngest.

“It doesn’t matter your background, doesn’t matter the shape of your swing, the clothes on your back, the color of your skin,” Bodenhamer said. “You get your ball in the hole, you can play in a U.S. Open or an amateur championship.”

Changes on and off the course

It is the largest purse in the history of women’s golf. 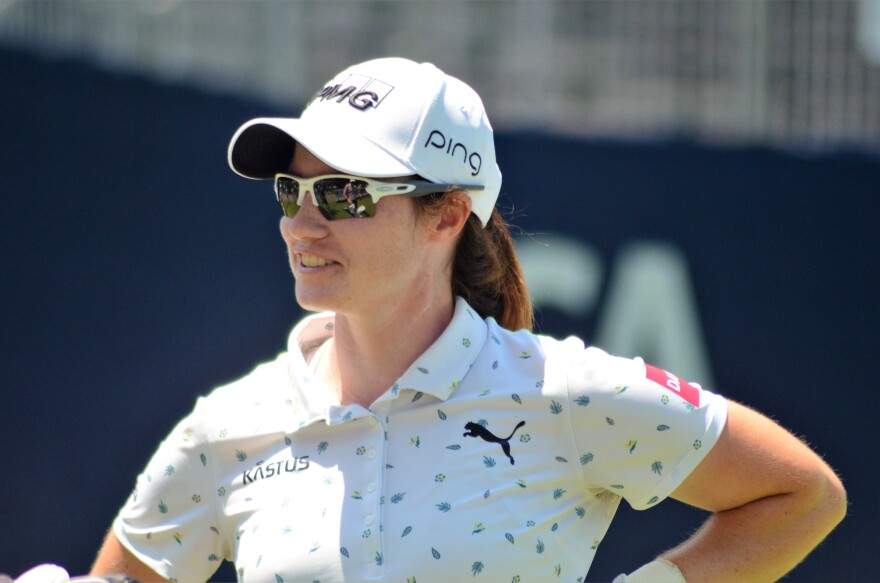 Leona Maguire, a pro golfer and Duke University graduate, talks with her caddie at Pine Needles on Wednesday, June 1, 2022 ahead of the U.S. Women’s Open. 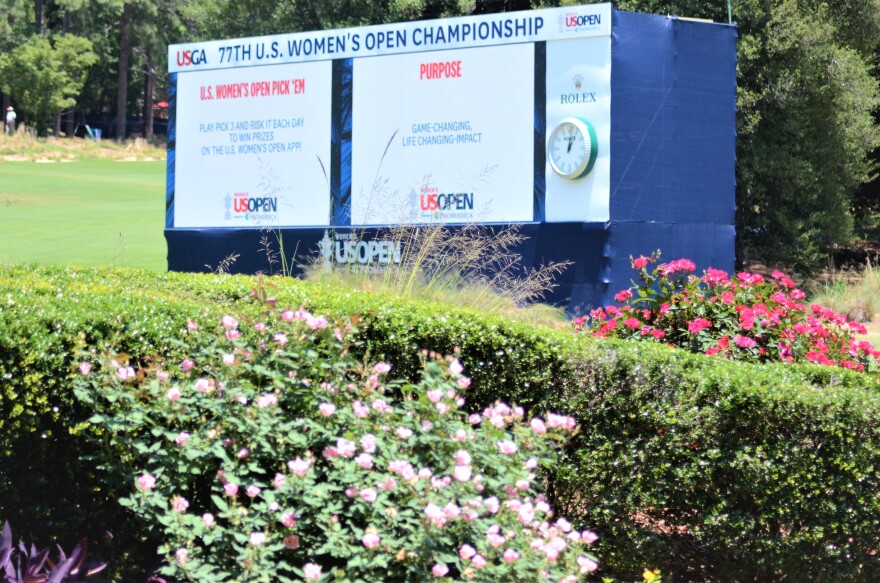 “Well, it’s amazing. Just to see the purse increases,” said pro golfer Lexi Thompson. “That’s huge for us. I think just the women’s game in general has grown dramatically even since I turned professional… Seeing the purse increases, the TV coverage, that’s what we want. We want to grow the game and leave it in a better place.”

Lydia Ko, the No. 3 ranked women’s golfer in the world, knows that more can be done to help the women’s game grow.

“People only just talk about the purse, because, yes, we are playing for money, but I think it’s just so much more than that, and for a lot of these sponsors — for them to believe in women’s golf and see women empowerment I think is awesome,” Ko said. “We should be very grateful, but at the same time, I think there’s still a ways to go, and I’m excited where women’s golf and golf is trending.”

With the backing of ProMedica — a national non-profit healthcare system — the purse of the U.S. Women’s Open is supposed to increase annually over the next five years.

The course at Pine Needles looks a bit different from the last time the tournament was held there too. It was rebuilt over 2016 and 2017. Fairways have been expanded, bunkers have been restored and reconfigured, and some Bermuda rough was removed or replaced, in addition to other cosmetic upgrades.

“What makes Pine Needles a wonderful test of golf? There’s a couple things,” said Shannon Rouillard, the USGA’s senior director of championships. “First, the strategy and course management that’s going to be required to perform well. Players will be rewarded for flirting with trouble, perhaps taking on a bunker that will give them a favorite angle into these putting greens.”

Officials with the USGA are expecting crowds of around 15,000 fans to descend upon North Carolina’s sandhills between Thursday and Sunday.

Tee times for the competition begin at 7 a.m. Thursday, with the trio of Anna Morgan, Gabby Lemieux and Ingrid Gutierrez taking the green first.

← Rose Zhang says she’s returning to Stanford; LPGA Q-School can wait If you don’t already have a bucket hat in your golf wardrobe, this is your sign to get one | Golf Equipment: Clubs, Balls, Bags →