Cold enough for you | Cape Gazette 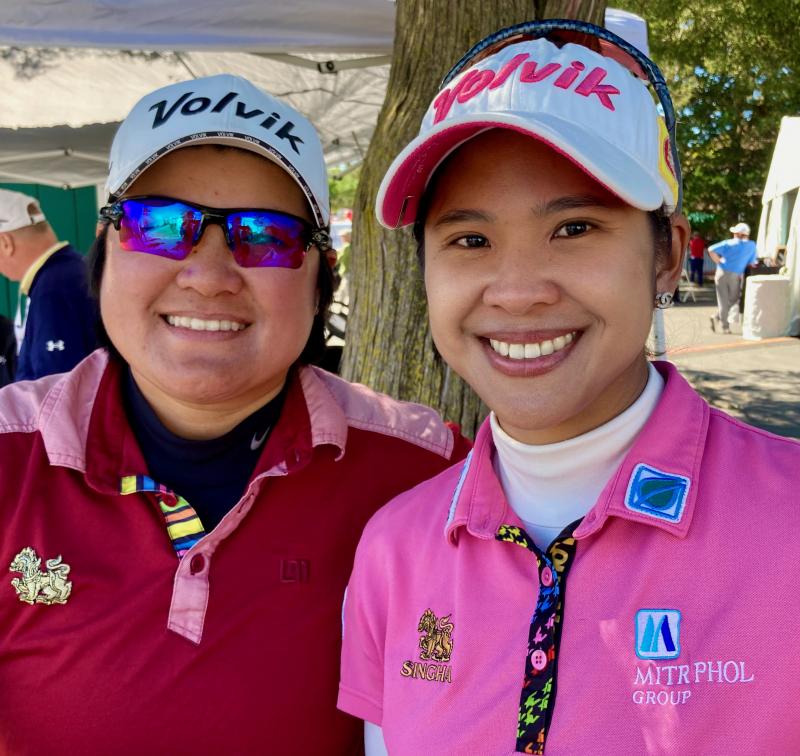 The LPGA is perhaps the most geographically diverse professional golf tour with players from Asia, Europe, Africa, South America, Canada, Mexico and of course the United States.

It is obvious, therefore, that some of these golfers may not have fully experienced the changeable weather conditions that the United States’ Mid Atlantic region can offer.

During the late May / early June days of the ShopRite LPGA Classic, the Bay Course at Seaview Resort west of Atlantic City can challenge players with sultry mornings accompanied by thousands of no-see-ums flying around.

Clouds of bug spray can only do so much.

The 2020 and 2021 ShopRite tournaments took place in late September / early October when these tiny insects were nowhere to be found or felt. Almost every player I interviewed commented on the blessed absence of the beetles while also expressing appreciation for the typically beautiful weather the area enjoys in early fall.

That said, sometimes there are a few surprises.

During this year’s first round on October 1st, I accompanied Christina Kim, Caroline Masson and Pornanong Phatlum to the opening start of the tournament at 7:10 am, just a few minutes after sunrise.

It was also cold – around 48 degrees – and didn’t climb into the deep 70s until hours later.

LPGA veteran and 2016 Olympian Phatlum is from Thailand. She came to the first tee, wrapped in a fluffy winter jacket, took it off to make her swing, then quickly put it on again to walk down the fairway.

She continued to wear the bulky coat and only took it off for the time it took for her shots, for at least six holes.

When we were talking after the round, I asked Phatlum if the weather in Thailand had ever gotten as cold as it was this morning. She laughed and shook her head violently when she said, “No!”

I asked how much of a problem changing the coat was. Phatlum gave a long answer in her mother tongue, which her caddy Kwang “KP” Pulsawatch translated helpful.

“She couldn’t get used to it. She doesn’t really like the cold weather. She didn’t mind putting it on and taking it off. She was just trying to keep warm, ”said KP.

The duo also laughed in agreement, suspecting that wearing this coat all the time during a round of golf would be the real problem.

The weather also affected how Phatlum initially played, particularly from the rough. As KP ​​translated, “The first few holes we played made it difficult to adapt to how thick or not due to the rope [it was]. It seemed thicker than the practice round. When she got used to it and could see how the ball came out and how much it rolled, it was easier to adjust the shot and commit to it. “

Golfers in the Cape region who play on autumn mornings would wholeheartedly agree with this assessment.

Congratulations to the 22 members of the Mulligan’s Pointe team for winning the 2021 Eastern Shore Inter-Club Golf Association Championship.

The league played a series of games between 10 clubs in the Cape Region and Maryland’s Eastern Shore for a season. The games combined individual and four-ball competitions, with nine points to be scored from the front, the back and the overall standings.

At the end of the game cycle, the top four teams entered the playoffs for the championship and the Eastern Shore trophy.

Mulligan’s Pointe defeated Heritage Shores Golf Club, while Glen Riddle Golf Club defeated Plantation Lakes Golf & Country Club in the first round of the playoffs on September 15. The team from Georgetown then sat in the final on September 21st at War Admiral Golf against Glen Riddle through course near Berlin, Md.

The minimum team requirements include a designated captain and co-captain and a minimum of 16 club members who must complete the playlist each week. In addition, prospective team members must have an official handicap index of less than 15.9.

The association is striving for additional club participation among the clubs in the Cape region.

For more information, contact Anthony Colicchio at 302-598-6766 or [email protected]