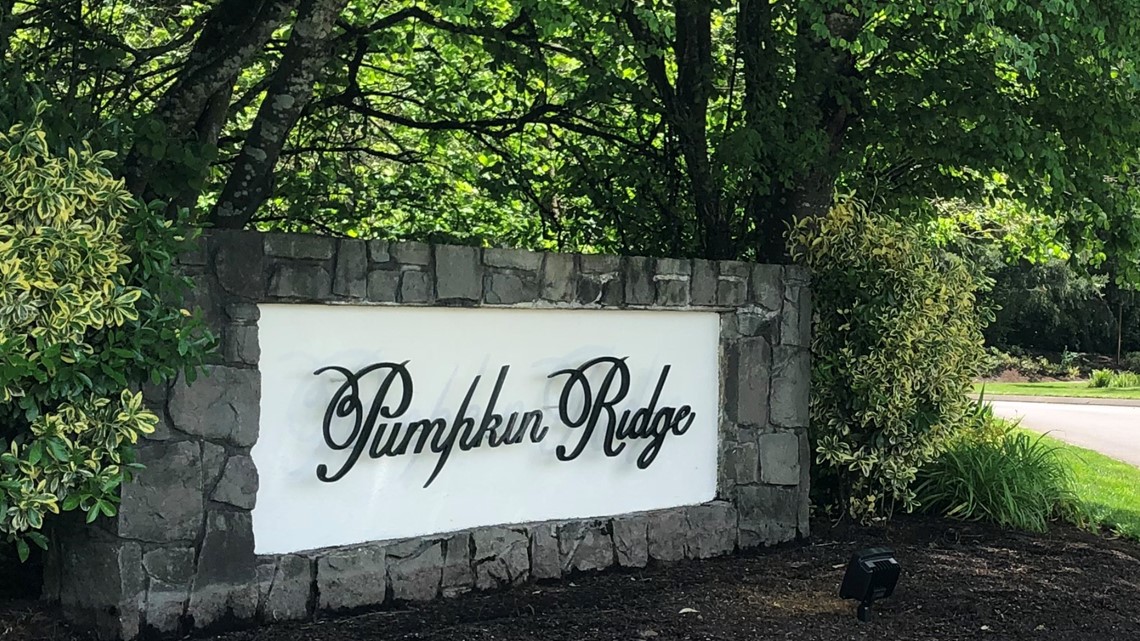 PORTLAND, Ore. — Despite pushback from local mayors, a U.S. senator and golf club members — several of whom have resigned from the club —  Pumpkin Ridge Golf Club in North Plains is scheduled to host a controversial golf tournament June 30 through July 2. It will be the first U.S. stop for a lucrative new professional golf league backed by the financial arm of Saudi Arabia — a country long accused of human rights abuses.

“It’s a moral issue,” explained Mayor Peter Truax of Forest Grove. “We have certain values that ought to be held regardless of economic gain.”

Local leaders are especially concerned about potential protests and the safety of their community.

Saudi Arabia’s role in this new golf tour, the LIV Golf Invitational Series, has prompted a hailstorm of controversy. The non-governmental organization Amnesty International said the country has demonstrated time and again a flagrant disregard for human rights — including crackdowns on freedom of expression, association and assembly.

In 2018, Saudi agents killed Jamal Khashoggi, a dissident and columnist for The Washington Post.

RELATED: US releases declassified report on murder of Jamal Khashoggi

The Saudis are also suspected of whisking away its citizens charged with crimes in the United States — including a 21-year-old Portland Community College student who disappeared just weeks before his 2017 trial in the hit-and-run death of 15-year-old Fallon Smart. According to news reports, the suspect, Abdulahraman Sameer Noorah, later resurfaced in Saudi Arabia.

“I’m just not going to be silent when Saudi Arabia tries to cleanse its blood-stained hands,” said Sen. Ron Wyden of Oregon.

Wyden accused the Saudis of sportswashing — a term used to describe big spending on high-profile sporting events to help cleanse a country’s image and reputation.

“This is very purposeful. Countries are mindful of what they are doing,” explained Dr. Yoav Dubinsky, who teaches sports business at the University of Oregon.

Over the past decade, Saudi Arabia has invested heavily in global sporting events including soccer, Formula One racing, boxing, professional wrestling and golf.

“When we are watching sporting events, we’re predominantly interested in the competition. Who will win the FIFA World Cup — rather than who is paying for it,” said Dubinsky.

Dubinsky said democratic countries and even private businesses have also participated in various forms of sportswashing to try and improve their image.

“This comes down to nation branding and public diplomacy and how to use sports to achieve foreign policy goals, economic benefits and social benefits,” said Dubinsky.

Oregon will be the second stop for LIV Golf. The Pumpkin Ridge event, originally scheduled for July 1 – July 3, will begin one day earlier, June 30.

According to its website, tickets for the Pumpkin Ridge tournament range from $70 to $6,180.

The high end of the ticket options includes the “Club 54 Premium Package,” which promises a climate-controlled venue with all-inclusive food and open bar.

The biggest spenders also get access to a question-and-answer session with LIV Golf CEO and former champion golfer Greg Norman.

No corporate sponsors have publicly announced their involvement in the Portland tournament.

“Why would anybody want to get behind and promote this event?” Golf Channel analyst Brandel Chamblee said in a phone interview with KGW. “It doesn’t surprise me that there’s no promotion of the event in Oregon. Pure and simple — it’s sportswashing.”

LIV Golf did not respond to KGW’s request for comment.

Tourism officials have either distanced themselves from the event or completely dismissed it.

“I haven’t heard one person who is excited it is coming here,” said Jim Etzel, CEO of Sport Oregon, the nonprofit that helps promote sports tourism.

Both Sport Oregon and Travel Oregon said their organizations played no role in bringing the event to Oregon.

“It wouldn’t have been an event we would have pursued,” said Etzel. “The primary reason is — it just doesn’t align with the values of our sports community or in my opinion, our community at large.”

Pumpkin Ridge is one of Oregon’s premier golf clubs. Over the years, Pumpkin Ridge has hosted a U.S. Women’s Open, a U.S. Amateur — won by a young Tiger Woods — and numerous professional golf tournaments.

Unlike previous large-scale tournaments, members at Pumpkin Ridge said they were blindsided by the announcement that the Saudi-backed tournament would be coming to their golf club. There was no prior discussion and no vote, members explained.

KGW spoke with seven current and former members at Pumpkin Ridge. None of them expressed support for the tournament.

“It’s a money grab — pure and simple,” said one Pumpkin Ridge member, who asked not to be identified.

Pumpkin Ridge is owned by Escalante Golf of Fort Worth, Texas. Escalante owns nearly two dozen golf courses across the country. Two of the four LIV Golf events held in the U.S. are scheduled to be played on Escalante courses. It is not clear how much Escalante is being paid to host the Saudi-backed league.

Ryan McDonald, director of organizational development at Escalante Golf, declined to answer questions or provide a comment for this story.

Tom Etzel, who has been a member at Pumpkin Ridge since 2007, left the club in protest. “You can’t be part of a positive change if you stay silent,” said Etzel.

It is not clear how many members left Pumpkin Ridge since the LIV Golf event was announced.

“We align ourselves with things that fit your value system and what you stand for. That’s why it was such an easy decision for me to leave,” said Etzel.

Major golf events require hundreds of paid and volunteer workers to help manage crowds, assist with parking and serve food and beverages. It is not clear if any community groups have agreed to assist the LIV Golf event at Pumpkin Ridge. Several listings including golf tournament parking attendant and line cook/prep cook are posted on online job sites. “If you’re a sports fan, this is an opportunity to be on the ground floor of one of the sports world’s most exciting new ventures, The LIV Golf Invitational Series,” described one listing.

A traffic control permit filed with Washington County indicates police officers will be stationed on turns and at parking lots leading into Pumpkin Ridge the weekend of the tournament. No other security details have been released publicly.

“We certainly don’t know what it is going to look like as far as how many people are going to be here,” said Mayor Lenahan of North Plains. “Are they going to be peaceful?”