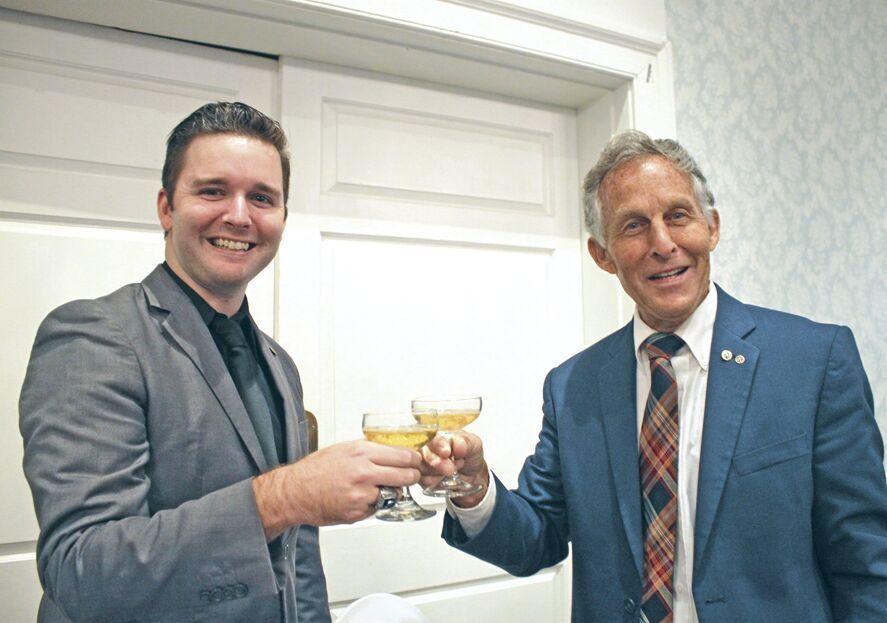 DANVILLE, Virginia – The Kiwanis Club of Danville celebrated 100 years of community service in the River City with a ceremony Thursday night at Danville Golf Club.

The Kiwanis Club of Danville was founded on June 21, 1921, just six years after Kiwanis International was founded in Detroit.

“One hundred years is certainly a milestone to celebrate, cherish and honor,” said Lee Vogler, Danville Councilor and President-elect of the Danville Kiwanis Club. “You think of all the changes that our city has gone through in 100 years – through great depressions, through the renaissance, through wars, through hardship, through a recession – and now we are experiencing an upswing in our city again. “

Vogler explained: “The Kiwanis Club was there for all of this and was firmly established in this community.”

Witt’s is one of 17 divisions of Kiwanis clubs, represented in more than 80 nations and geographic areas around the world.

“I think this division really shines and does a great job,” said Witt to the eager ballroom on Thursday evening. “I always enjoy my visits to Danville. You are a very welcoming club and you are also a very giving club. I look forward to working with you for the next 100 years.”

Danville Kiwanis Club President John Wilt said that on the bicentenary of 2121, Danville Kiwanians “will look back on tonight and be amazed at what the club has accomplished in the first century.”

“Above all, they will get a feel for how seriously we take the Indian word ‘Kiwanis’, which translates as ‘we build’,” said Wilt. “Undoubtedly, this recognition will lead them into the third century with satisfaction from our past and hope for the future.”

“I’ve been to a lot of clubs and I think the amazing achievement is the number of presidents you still have who are members of your club,” said Baugh. “Often times, presidents hold their terms, stick with them, and go. This club should be very proud to have 28 past presidents who are still members of this club.”

Vogler concluded his remarks with the following words:

“I can’t imagine what our city would be like without the Danville Kiwanis Club,” said Vogler. “I’m very excited about the next 100 years and what this club will do in this community.”

The Danville Kiwanis Club meets at 6:30 p.m. on the first and third Thursdays of the month during the club year, which begins October 1 and ends September 30.

Meetings begin with the president ringing the Kiwanis bell, followed by a greeting from the president, a group singing of “My Country Tis of Thee,” the pledge of allegiance to the American flag, and an invocation. After dinner, club members discuss fundraising projects and hear a keynote speaker.