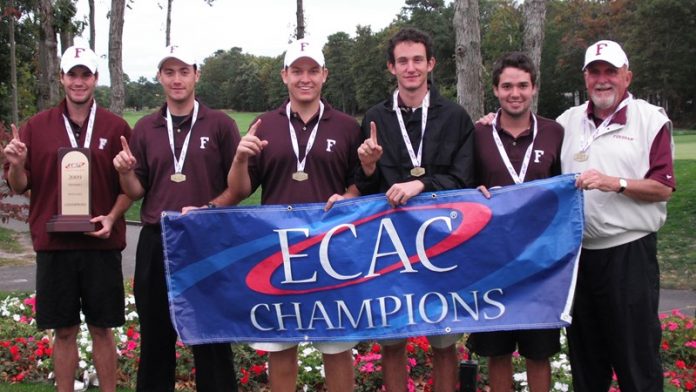 Bronx, NY – Fordham University is in mourning for golf head coach Paul Dillon, who passed away last night at the age of 85 after a long battle with an illness at Montefiore New Rochelle Hospital.

“Fordham lost a man who embodied the Jesuit value of being a man to others,” said sporting director Ed Kull. “Paul was so much more than just a golf coach to his student athletes. He was a mentor and friend who took a deep interest in the lives of all of his golfers. Our thoughts and prayers go with the Dillon family and all former student athletes who are lucky enough had to play for Paul. “

“We mourn Paul Dillon, longtime Fordham golf coach, with deep sorrow,” said Commissioner Bernadette V. McGlade. “Paul’s story is extraordinary, from an award-winning golf coach to a well-known portrait painter. He served as a mentor to so many student-athletes and golf coaches in the Atlantic 10. I offer prayers and condolences to Paul’s family, the golf team and the Fordham community. “

Dillon has had great success with the Fordham golf team recently. In 2017-18, the Rams were able to achieve top 10 finishes in nine of eleven events, with James Mongey taking the individual title at the Ryan Lee Memorial Invitational, where Fordham also won the team event for his best result of the season.

One of his Dillon’s best seasons was in 2004 when he led the Rams to fourth place in the Atlantic 10 Championship, the best performance in team history. For this achievement, Dillon received the 2004 Atlantic 10 Golf Coach of the Year and the Iron Major Award for Fordham Coach of the Year.

An accomplished painter, Dillon has painted portraits of many famous professional golfers, including Bobby Jones, Arnold Palmer and Jack Nicklaus, which are on display in golf clubs and museums around the world.

A couple of my favorite things to do with Amisha Kalra...