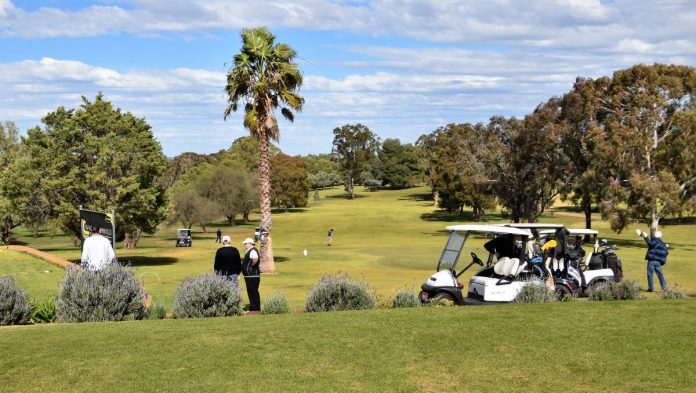 A new chapter in the storied history of the Parkes Golf Club (PGC) is written as construction begins on the redesign of the course – and with the lockdown restrictions easing, there’s no better time to remember the past by doing so in squeeze a round weekend.

To say goodbye to the old course, a 4BBB will be played on Saturday, sponsored by Jake O’Brien and ProKonnect, and an 18-hole stroke event will take place on Sunday – sponsored by Archwell Constructions, Drag and Drives and Riall Harrison Building Services.

The course’s free (yes, you read that right) redesign came about as a result of the new park bypass of the Newell Highway, which runs right on the western border, with Transport for NSW taking care of the safety of motorists and golfers.

Fortunately for golfers, the redesign has increased the par of the course to 72, which gives the club the opportunity to apply for championship events.

PGC President Mark Kelly told the Parkes Champion Post in August that it would be a super exciting time for the club, where golfers would have a much better gaming experience.

“The layout is probably a bit better and happily we will get 10 new greens to replace those originally built between 1969-1972,” said Kelly.

Construction in seven stages will begin right after the Parkes Open in September, and Kelly hopes it will be completed by the end of March.

COVID resulted in the Parkes Open being canceled, which was a huge blow to the club as it cannot be postponed, but Kelly says the positive was that more people attended the course in lockdown.

“The COVID lockdown on golf has been brilliant, the numbers have been huge in the past few weeks and there is a lot of social golf going on too.

“But obviously the clubhouse had to close and we’ve lost about 30 percent of our business, and even if we get a government grant for that lost business, it’ll be fantastic if we can get back to normal,” said Kelly.

Kelly brushed that aside and said there would be a lot looking forward to at the club over the next few months.

“It’s a really exciting time for the club that we’re really ramping up now ahead of summer social golf.

“In four weeks we will also be launching the Super Sixes, a 9-hole competition where anyone can put a team of up to 10 players and play for large weekly and total prizes.

“Last year I think we played around 2200 rounds so it was very successful,” said Kelly.

For now, however, it is time to reflect on the club’s proud history and celebrate the new future of the PGC and what a time it is to be alive!

Kelly said this weekend will be the perfect time to take a spin before work begins on September 27th.

“The next few months are about remembering the old course; we won’t have the entire course as it will be played until March or April next year,” he said.

Our journalists work hard to provide the community with local, breaking news. Here’s how you can access our trusted content:

Robert Bayliss is retiring after 43 years