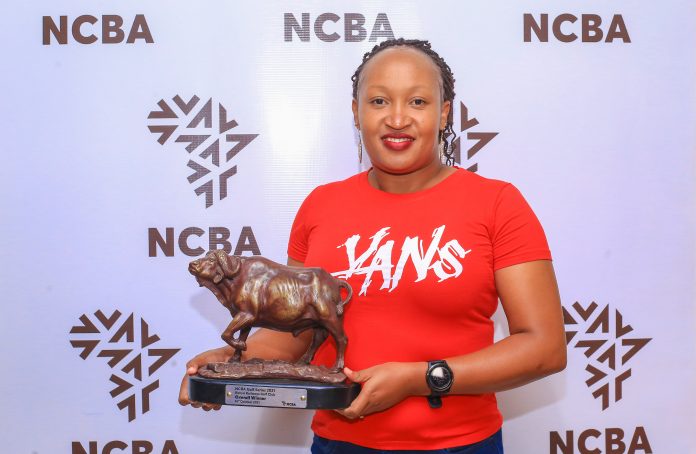 Irene Kimeu carded 41 points to win the 18th stage of the NCBA Golf Series, which was held at the Railways Golf Club in Nairobi.

The player with handicap 23 becomes 18th winner of the tournament, which was also won by two juniors.

In the women’s handicap 21, Eunice Kilonzo, emerged as the winner with 39 points ahead of Doris Night with handicap 23, who achieved a similar number of points and came second in this category.

In the nines, Paul Orawo and Joseph Kagicha were winners in the first nine and the second nine with 23 and 19 points respectively. In the longest drive contest, Fidelis Kimanzi and Olive Njagi each won the men’s and women’s categories, while Jeff Kageche emerged victorious in the nearest-to-the-pin contest.

Irene Kimeu left the overall winner of the Railways Golf Club stage of the NCBA Golf Series and received her trophy from the NCBA Group Director for Retail Banking Tirus Mwithiga, R.

The stage of the Kenya Railways Golf Club was the 18th event on the calendar of the NCBA Golf Series 2021, in which so far 17 senior events and one junior golf tournament have taken place. The stage brought together members of the Railways and Golf Park golf clubs, who together formed an impressive field of 160 golfers.

This increases the number of golfers who have qualified for the final to 85 and are the five best players of the 17 senior events that have been held so far.

The focus is now shifting to the Royal Nairobi Golf Club for the 19th leg of the series, which will be played on Saturday, October 30th, 2021. This is the third event before the series is completed at Karen, followed by tournaments at Muthaiga Golf Club and Ruiru Sports Club.

To date, over 2,000 golfers have participated in the series since it was launched in January this year. 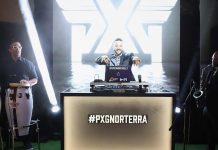 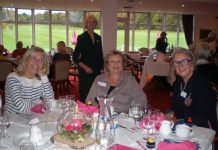 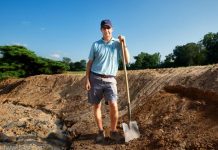