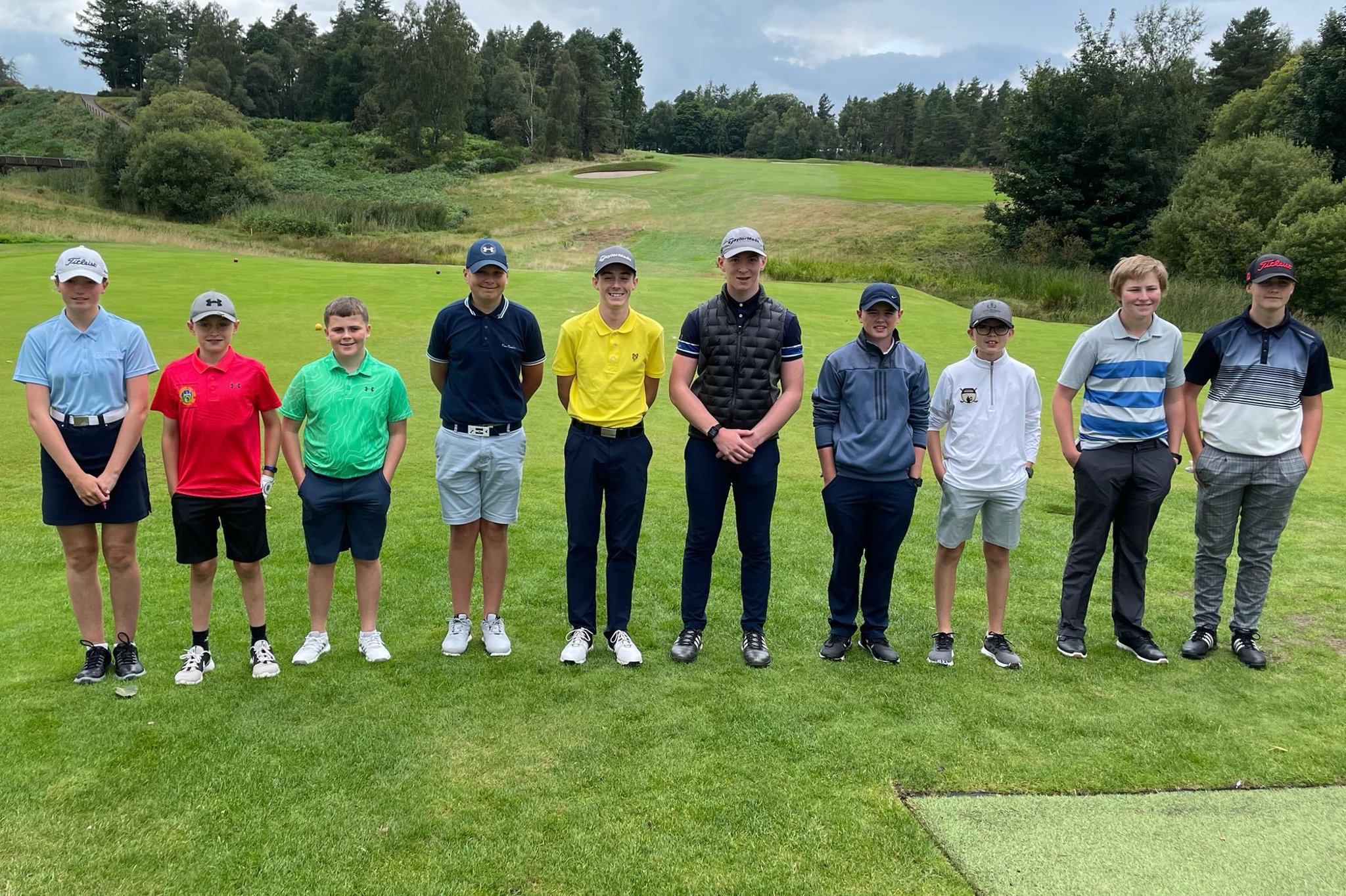 Later this year, budding local young golfers took part in a new initiative that aims to bring local clubs together and give them the opportunity to broaden their horizons by playing different golf courses, meeting new friends and creating a golf community for the future.

Their new adventures culminated last weekend in a wonderful experience on the breathtaking Queen’s Course at the world famous Gleneagles Golf Resort.

After a troubled 2020 golf calendar in which future golfers in the region had little opportunity to attend events outside their immediate vicinity, five local junior convenors came together to try out a new junior golf movement and watch the games and events between clubs coordinate.

This new idea was called Forth Valley Junior Golf (FVJG).

The aim was to promote the game in a fun and friendly environment to enable every junior, regardless of experience or ability, to learn and enjoy the game, make new friendships and provide them with experiences that will accompany them for many years to come will.

Year round, junior golfers from across the region participate in the Race To Gleneagles. Over 150 participants took part in the Junior Opens in the home golf clubs of the five founding members – Falkirk, Bonnybridge, Alloa, Braehead and Stirling.

The top three results for each junior in the competitions were ranked, with the top 10 participants securing a spot in the UK’s number one golf resort last Sunday.

The finalists were 10 to 17 years old and had handicaps between six and 35 – which highlights the opportunities for local golfers of all ages and skill levels thanks to the value of inclusiveness that the FVJG focuses on.

One of the founding members of the FVJG said: “It was an absolute privilege for us to see how much the junior golfers and their families have embraced this new project.

“Seeing so many juniors taking part in these events across the central belt, seeing golf courses that were completely new to them, meeting other young golfers and making friends was extremely rewarding.

“The showcase event of the year in Gleneagles will be remembered for a long time by everyone involved.”

The organizer added: “Everyone involved in the FVJG would like to pay tribute to everyone involved at Gleneagles Golf Resort for providing our players with such a special and unforgettable experience.

“The prospect of playing in such an iconic venue really captured the imagination of our teenagers and gave them all the incentive to work on their games, knowing what rewards they might expect.

“Some of these children may never be lucky enough to play this course again, so we thank Alison Goodwin of Gleneagles for her support in making this day possible.

“We sincerely hope this is a relationship that can continue beyond this year to inspire more of our children to take part in our local open competitions to support their own clubs.”

Next up for the Forth Valley’s young golfers is Final’s Day for the Inter-Club League on September 5th, known as The Race to Bonnybridge.

The curtain for the season will fall with an award ceremony, at which each of the open winners will be presented with their well-deserved trophies.

With a view to the future, the FVJG organizers declared: “This year was very exhausting. We weren’t sure there would be an appetite for these games so we decided to start small, with just the five clubs participating, to see if this could work.

“From the wonderful feedback we have received from the players and their families, it is clear that this was a success and we will discuss together how we can build on the success of the first year.

“We’d like to emphasize that while we’ve kept our first year on a smaller scale to learn what works and what doesn’t, we are not a ‘closed shop’ and would like to invite any other local club to do so if interested participation in these events.

“Any club or even junior interested in learning more and wanting to begin their golf trip can get in touch on our website at forwardvalleyjuniorgolf.weebly.com.

“We’ll catch up with the FVJG team and all of our talented future stars and look forward to announcing the Race to Bonnybridge champions in the coming weeks.”