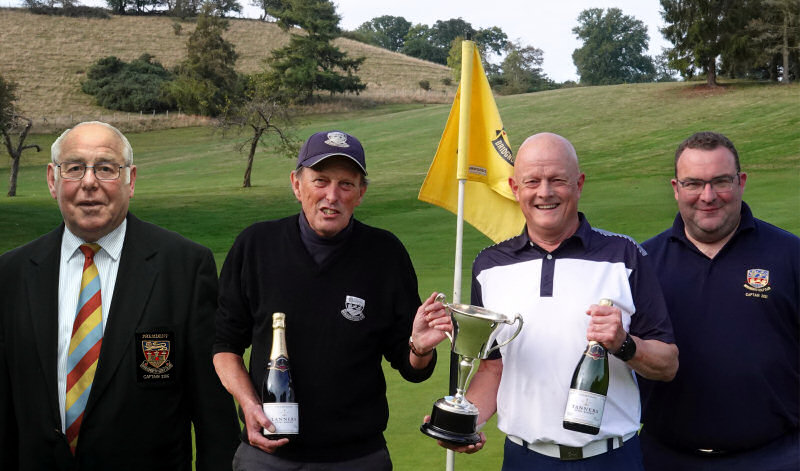 The weather was ideal for this year’s Presidents Cup competition at Bridgnorth Golf Club.

In this competition, 98 of the best male and 4 best female players competed with their partners to win the Presidents Cup and Tanners Champagne.

The competition is a Betterball Strokeplay open to male couples, female couples or mixed couples.

1. Ian Rainford & Nigel Ridgway with a net 63. Also at 63 but beaten with a shot to the second nine were Jonathan Guest & Steve Fitzpatrick.

3rd with a net 66 were Andrew Carson & Harry Broad.

4. Darren Lewis & Paul McGarry with net 67. Also with 67 but beaten with two shots to the second nine were Greg Hughes & Tom Alford.